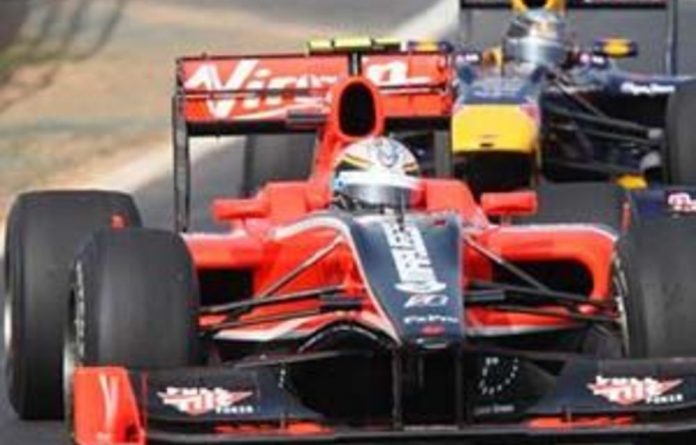 Branson made his announcement at a news briefing in the luxury Yas Hotel at the extravagant Yas Marina Circuit ahead of this weekend’s championship-deciding season-ender Abu Dhabi Grand Prix.

The Russian company was already a minor shareholder.

Branson said, “Our first year in Formula One was always going to be tough — even more so as we were launching in the midst of a worldwide recession.

“So Virgin is delighted to have secured a partner which shares our vision and spirit for challenging the establishment and we look forward to working together to move the team up the grid.”

Virgin Racing chief Graeme Lowdon said: “This announcement cements our place on the F1 grid and is testimony to the hard work and dedication of every single member of our team.”

Its move appears aimed at increasing Russian participation in the sport ahead of its first Formula One race, to be held in the resort city of Sochi in 2014.

Marussia Motors confirmed it had acquired a “significant stake” in the racing team, which will be renamed to Marussia Virgin Racing starting in 2011.

The purchase reflects “ambitious plans of Marussia Motors in its own position on the international auto arena”. It is the company’s “dream come true” and will pave the way for the maker to showcase its models at Formula One races, said Fomenko.

Fomenko started racing as a hobby in the 1990s. He has not totally abandoned his showman career, however, and played a villain in a New Year’s TV special loosely based on the story of Pinnochio last year.

Putin has long lobbied to bring the race to Sochi, meeting with chief Bernie Ecclestone who agreed to host the race in the southern Black Sea resort from 2014, the year the city is also hosting the Winter Olympic Games.– Sapa-AFP