Hougaard, Kankowski to start for Springboks 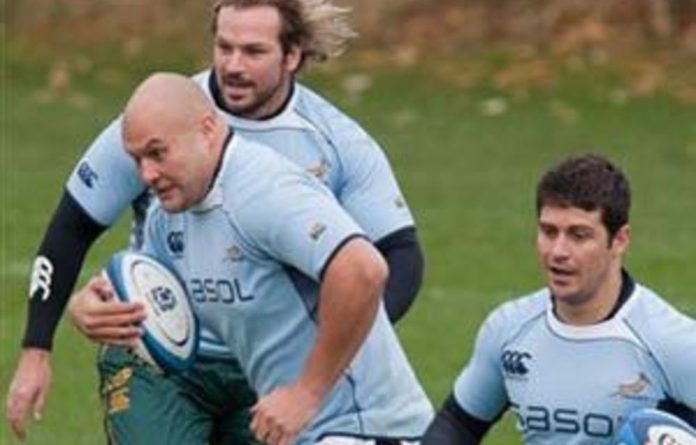 Zane Kirchner, Francois Hougaard and Ryan Kankowski were all promoted to the starting XV when South Africa coach Peter De Villiers on Tuesday named his squad for Saturday’s game against Scotland at Murrayfield.

In a further positional switch from the team that beat Wales 29-25 last weekend, Gio Aplon moves from fullback to wing in place of Bjorn Basson, who has gone home following injury and his provisional doping suspension.

With Chiliboy Ralepelle also out of the squad following his positive test for banned stimulant methylhexaneamine, hooker Adriaan Strauss comes on to the bench, along with uncapped wing Lwazi Mvovo.

Kirchner will start at fullback, Hougaard takes the number nine shirt after a good display off the bench against Wales, while Kankowski packs down at number eight.

“We’ve got a talented squad and a long tour like this gives us an opportunity to try out a few options,” De Villiers said in a statement.

“Francois Hougaard played well for us in the Tri-Nations and did well when he came on on Saturday and brings a different style.

“Ryan is one of two talented eighthmen in the squad and we wanted to give him an opportunity to show us what he can do.”

De Villiers, who is concerned that the whole squad may have been exposed to methylhexaneamine via their energy drinks or products, said that the players had got over the shock of the positive tests.

“There is a process in place in these cases and that is now being followed. As a squad we have moved on and are focusing only on Scotland,” he said.

Having beaten Ireland and Wales, South Africa are hoping to complete a Grand Slam tour by beating Scotland and then England on November 27.