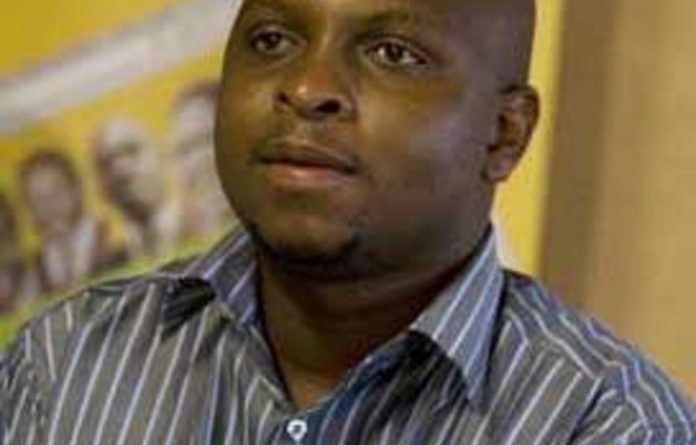 African National Congress Youth League (ANCYL) spokesperson Floyd Shivambu called for the creation of a state bank on Thursday at a conference in Johannesburg.

Speaking at the Association of Black Securities and Investment Professionals (ABSIP) Annual Investment Conference at the Sandton Convention Centre, Shivambu said a state bank would drive development and regulate the financial sector, according to an ABSIP press release.

The theme of the conference was transformation in the banking sector.

Shivambu, who — along with the youth league — has been vocal about the nationalisation of mines in South Africa, said only the state could lead “real development because the private sector is only interested in profit”.

He said a state bank “will be more considerate of the spatial development needs” in South Africa “because of the history of apartheid”.

Local banks were not contributing to assisting people, said Shivambu. “They are just creating an indebted black middle class”.

‘A state bank will never work’
However Cas Coovadia, managing director of the South African Banking Association, said a state bank would not necessarily be able to do things any differently.

“Whether you are a state bank or a commercial bank, your job is to lend money and hope to get it back. The purpose will remain the same,” he said.

“Banks don’t deliberately put people into debt that they can’t manage — that would be a self-defeating exercise.”

Coovadia, however, welcomed the strengthening of Postbank.

“Postbank has the ability to reach markets and people which commercial banks don’t have. It represents an opportunity to leverage off of each other’s strength.”

However Coovadia explained that commercial banks could play a greater role by constantly talking to government about what the critical factors for economic development are. He highlighted the need for a common vision with regards to transformation, and more honest dialogue around the issue.

On the issue of transformation, Coovadia said that it needed to be repositioned from being a “black issue” to being one of national importance for the financial sector.

“We also need to investigate price collusion amongst the banks and insurance companies,” added Shivambu. “They are in fact all working together!”

Shivambu said development and redistribution of wealth should drive growth, instead of the other way around.

“There are so many reasons why these institutions are failing, but the function of state ownership is not one of the reasons — because lazy and neo-liberal thinkers always attribute inefficiency to state ownership.”

“There is no difference between the ANC Youth League and Cosatu when it comes to economic policy,” he said. “Don’t believe the media.”