Pamodzi mine liquidators slug it out 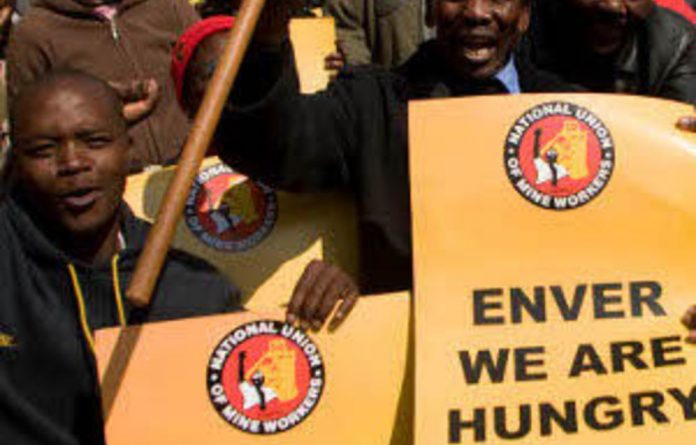 Liquidators managing the assets of the failed Pamodzi Gold mines in conjunction with the controversy-dogged Aurora Empowerment Systems are at one another’s throats.

The Mail & Guardian has seen correspondence in which a liquidator makes complaints that are apparently directed at the lead liquidator, Enver Motala.

The National Union of Mineworkers (NUM) and the Solidarity trade union have called for Motala’s removal. Frans Baleni, the NUM general secretary, accused him of having “fallen deeply in love” with Aurora.

Motala denied this, claiming that he always acted in concert with other liquidators.

However, an email sent by co-liquidator Johan Engelbrecht on November 9 to Motala and seven other liquidators, creditors and advisers warned that Engelbrecht was preparing a report for the Master of the High Court, raising concerns about the conduct of the liquidation since Aurora was chosen to take over the assets of the liquidated Pamodzi mining group last year.

Engelbrecht, who represents Solidarity, wrote: “I welcome Mr Motala’s suggestion to report any ‘sinister agenda’ to the Master. I am likewise compiling my own report to the Master — and raise my concerns on inter alia the following:

Motala dismissed the accusations as “absolute rubbish — There is no liquidator that’s accused me of anything — The liquidators meet regularly and we make joint decisions.

“Both Solidarity and the NUM have their own liquidators, yet they single me out — because I’m an easy target and the face of all the liquidators.”

Engelbrecht was responding to a note from Motala in which he relayed a complaint by Aurora director Michael Hulley about dealings between Aurora and the liquidators being leaked to the media. “This is untenable, disgraceful and can only be calculated to ensure that our transaction does not succeed,” Hulley wrote.

Motala circulated a reply to Hulley agreeing with him and stating that he and some joint provisional liquidators suspected “that there are persons within the process that have their own sinister agenda” and threatened to report their “concerted efforts” to the Master of the High Court”.

Engelbrecht also gave notice that he would oppose any extension for Aurora beyond the High Court’s November 30 date, “except if provided with acceptable guarantees and proof of funding”.

Motala has been talking publicly about giving Aurora until December 15. The empowerment company has repeatedly made and broken promises to secure funding for its R600-million bid for the Pamodzi assets.

The ground swallowed 90 people, but three died in the tragedy and their bodies were not found
Read more
National

The state is fixing mines deserted before a 2002 Act, but another law could force owners to pay up
Read more
Sport

Mantashing his way to the top

Gwede may tout himself as ‘a solution looking for problems’ but has his own ambitions, insiders say
Read more
National

Mines in the North West have become contested ground for National Union of Mineworkers.
Read more
Advertising
Continue to the category
Coronavirus