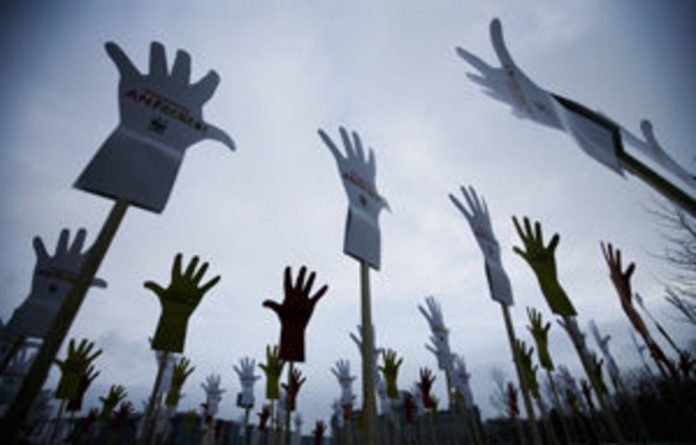 A year ago the world was filled with hope. Climate change negotiations in Copenhagen, alias Hopenhagen, were the fashionable green topic and everybody was talking about saving the world, one renewable power station at a time.

But those hopes were dashed one snowy night in Denmark, when the troubled negotiations crashed and the world was left with a questionable political climate declaration — the non-binding Copenhagen Accord — a far cry from the binding climate treaty it was hoping to negotiate. And 2010 has been the big hangover from that conference.

Suddenly, climate change treaties became a tired topic that no longer made the headlines or ignited the energy they had only a year before. An estimated 100 000 people attended the United Nations Framework Convention on Climate Change (UNFCCC) in Copenhagen last year.

This year’s host city, Cancun in Mexico, is expected to host only a tenth of that. And, in spite of sporadic surges of hope that this year’s climate change negotiations might deliver what Copenhagen failed to do, it looks less likely than snow in the resort town that is set to host a cacophony of green NGOs, diplomats and political envoys in just more than a week.

There has been no real build-up to Cancun, nothing of the excitement that ignited Copenhagen and kept the delicate political negotiations going. And, next year, Durban looms, a place where much more is expected and is most likely to happen. Both UNFCCC executive secretary Christiana Figueres and UN secretary general Ban Ki-moon have admitted that they don’t expect much to come out of Cancun.

Most nations and even NGOs have said that they are looking beyond Cancun to Durban as the most probable place for reaching long-term agreement on global climate change.

What most commentators are hoping for is for some groundwork to be laid for Durban next year, a prepping of negotiators to get a treaty going. Because Durban, as scientists warn us, is really the last-chance saloon for the successful negotiation of a treaty to curb greenhouse gases.

“A balanced deal in Cancun will help keep trust in the multilateral process and achieve a legally binding agreement in South Africa in 2011,” said climate change analysts Achala Chandani and Linda Siegele from the International Institute for Environment and Development (IIED).

The issues remain the same: getting the big powers, China and the United States, to jump on board, a bit like moving an iceberg, with both very much stuck in their negotiating positions. Underlying that debate is what is expected of developed and developing nations and whether developing nations such as China, India, Brazil and South Africa (the Basic countries) should take on carbon caps if it is economically detrimental to them.

They say they are willing to jump only if the US and developed countries jump first. Basic countries say that the offer on the table of financial and technological support falls far short of what is needed and that promises have been broken before.

The first three preparatory rounds of negotiations in Bonn, Germany, delivered no significant progress whatsoever from the Copenhagen talks. And in the fourth in Tianjin, China, last month the two world powers clashed heavily once again.

China blamed the US for failing to meet its responsibilities in cutting emissions. The US was unhappy that China did not want to have its carbon savings audited by independent international verifiers.

The IIED team said that since the inspiring Bali Action Plan negotiated in Bali in 2007, there had been much debate on the shared vision and a draft negotiating text was ready for discussion in Cancun. In addition to tackling a long-term global goal for emissions reduction, the draft addresses each of the five building blocks in the Bali Action Plan: mitigation, adaptation, finance, technology transfer and capacity building.

“This broad scope is favoured by many developing countries, which are keen to see all these issues addressed in the shared vision text,” the IIED said. “But some developed country parties believe that it should focus mainly on the long-term emissions reductions goal, that is, the numbers.”

The IIED said the lack of consensus meant that many sections of the shared vision text remained heavily bracketed and would need to be resolved in Cancun if the text was to provide the basis for binding agreement. The trick for the delegates in Cancun will be to start rebuilding the momentum and political expectation of a disappointed world into a similar frenzy to that of Copenhagen.

But this time round, things will not be so easy. The world has been disappointed before and the question remains whether the UN is in fact the right forum for a treaty to be reached. Is it practical for a world with such differences to expect to reach consensus?

South Africa’s negotiators say it is and still furiously believe in the UN for the facilitation of the world-saving treaty. As the host of the next big climate change conference, South Africa has a heavy burden. In the oppressive December heat of Durban, it must help developing and developed countries come together and put pen to paper.

It must be the bridge-builder the world has viewed it as for so long. And that work begins now. In fact, it should have begun already.

Take it back to the basics and focus on reading, writing and understanding
Read more
Business

Ahead of May 8, young South Africans are reminded of the power of their votes