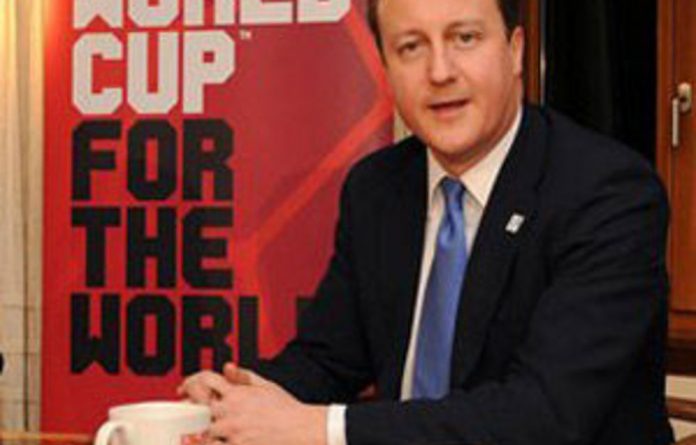 The time for cold, rational arguments is over. Clout and commitment is what counts on the eve of the vote to determine which countries will host the 2018 and 2022 Soccer World Cups.

British Prime Minister David Cameron was first in line to press the flesh to help England’s bid for 2018, following the example of Tony Blair’s appearance in Singapore ahead of the vote that gave London the rights for the 2012 Olympics.

In contrast, it was uncertain whether Russia would be able to count on the psychical presence of Prime Minister Vladimir Putin during the frantic last hours of politicking.

With 22 officials on Fifa’s executive committee voting in secret on Thursday on one of sport’s biggest hosting decisions ever, bidding nations are trying to get every conceivable edge.

England, Russia, and joint bids from Belgium-Netherlands and Spain-Portugal are vying for the 2018 World Cup. The 2022 contest pits the United States against Asian bids from Australia, Japan, South Korea and Qatar.

‘You never know what happens’
After analysing the thick bid books, Fifa study reports and endless economic data, it comes down to short half-hour presentations of each bid to the Fifa members on Wednesday and Thursday to sway the vote.

“You never know what happens because in the end, it is a person voting in secret,” Harry Been, CEO of the Belgium-Netherlands bid, said of the committee members.

And from royalty to prime ministers, they will all be lining up to make a last-ditch plea.

British bidders have already learned the importance of arriving early.

When London won the 2012 Olympic bid ahead of favored Paris in 2005, then Prime Minister Blair arrived ahead of French President Jacques Chirac to massage the message. And it worked.

Likewise, Putin’s presence was considered a decisive element for Russia when Sochi won the right to stage the 2014 Winter Olympics.

This time, Putin’s name was not on a Fifa-submitted list of five intended speakers for the presentation, but he could still participate instead of Deputy Prime Minister Igor Shuvalov, bid spokesperson Andreas Herren told the Associated Press.

Putin was due to visit Russia’s westernmost enclave of Kaliningrad on Thursday, which would still allow time for a brief excursion to Zurich.

Too close to call
There was no such uncertainty over the backers of England’s bid. Cameron, Prince William and David Beckham were already in Fifa’s home city on Tuesday.

“It is going good guns,” said Prince William, who is second in line to the British throne. “The bid is the strongest. It’s fantastic.”

“I’ve only got one focus here and that’s trying to bring the World Cup home for England,” said Cameron, who together with former England captain Beckham will meet — among others — Fifa president Sepp Blatter.

In case of a tie in Thursday’s secret ballot, Blatter’s vote would break the deadlock.

On Wednesday, the 2022 bidders will make their presentations. Former president Bill Clinton will be leading the US delegation’s 30-minute pitch.

Both bid races are considered too close to call. – AP