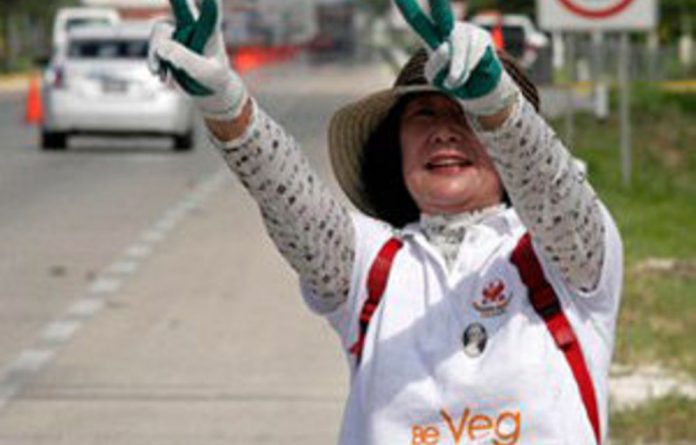 Climate negotiators at UN talks in Mexico on Tuesday struggled over proposals that would abolish a two-decade divide between rich and poor on scrutiny of greenhouse gas emissions.

Developed countries say fast-growing emerging economies led by China, which has become the top carbon emitter, have to do far more to curb their emissions. Many poor nations oppose changing a 1992 UN convention that obliges the rich to lead.

“I can guarantee you that this will be a controversial issue,” Artur Runge-Metzger, a senior European Union negotiator, said at the November 29 to December 10 talks in a Caribbean resort.

“For China, there need to be much tighter rules for measurement, reporting and verification compared to a small poor country,” he added, saying that EU funding detailed on Tuesday would help pay for the poorest countries to report their emissions.

Most countries agreed on a formula at last year’s Copenhagen summit, under which industrialised countries would cut their emissions and emerging economies slow growth in greenhouse gases.

Cancún will seek agreement on a smaller package of measures including a “green fund” to channel aid to the poor or efforts to protect tropical forests that soak up carbon as they grow.

A main point of controversy in Cancún is how far rich and poor countries report their pledges and whether these should be subject to international scrutiny.

Big concession
India is proposing that all major economies, developed and developing, would report their emissions, while the rich would also detail climate aid.

That marks a big concession by a major emerging economy and would dilute differences between rich and poor: under the 1992 climate convention only about 40 developed countries have to report their emissions annually.

In a rival plan, the EU has suggested that developing country emissions would be subject to non-penalising, international scrutiny, in proposals seen by Reuters.

Under the 1992 divide, South Korea and Mexico count among developing nations.

Old splits
Progress to adopt new reporting and scrutiny of emissions could unblock a wider deal, for example on a new round of carbon caps under the Kyoto Protocol after 2012, and funding to slow deforestation and prepare for a hotter world.

“It’s an offer which could solve a lot,” said Greenpeace’s Siddharth Pathak of the Indian proposal, if that were adopted.

Some developing nations baulked at last year’s non-binding Copenhagen Accord, which approved carbon cutting efforts by developing countries, a widening of the present, 2008-2012 Kyoto Protocol which only binds the emissions of developed countries.

Still unsure is whether Kyoto will be extended beyond 2012, and widened to include emerging economies and the United States which did not ratify it, or killed off in favor of a new, wider agreement.

“We will sternly oppose debate for extending the Kyoto Protocol into a second phase which is unfair and ineffective,” Japan’s Chief Cabinet Secretary Yoshito Sengoku told a news conference in Tokyo on Tuesday.

Bolivia was among a clutch of nations which opposed the Copenhagen Accord.

“We have noticed that several developed nations are not going to accept a second period of the Kyoto Protocol, even though that is in the [UN climate] treaty,” said Bolivian delegate Pablo Solon, mentioning Japan. – Reuters