‘Only elite got rich in Bob’s land grab’ 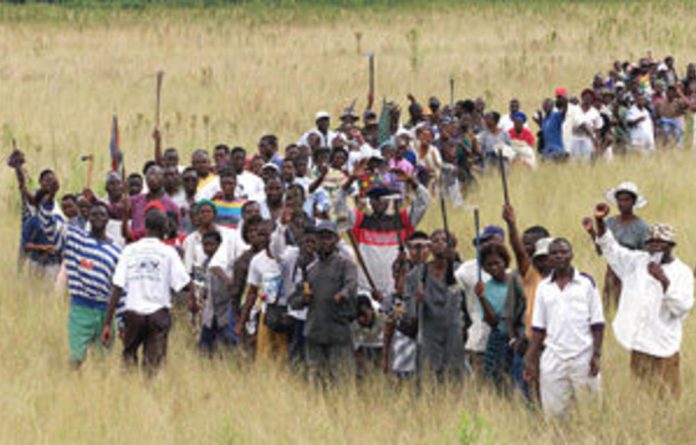 Zimbabwe’s president, Robert Mugabe, and his allies have seized nearly half the country’s commercial farms in a land grab widely blamed for the economic collapse, according to the findings of an investigation.

Mugabe bought the loyalty of Cabinet ministers, senior army and government officials and judges with nearly five million hectares of agricultural land, including wildlife conservancies and plantations, according to the news agency ZimOnline.

ZimOnline’s investigation undermined the central claim behind Mugabe’s land reforms: that they have given the majority of black Zimbabweans their rightful inheritance.

A “new, well-connected black elite” of about 2 200 people controls nearly 40% of the 14-million hectares seized from white farmers, ZimOnline found. These range in size from 250 to 4 000 hectares in “the most fertile farming regions in the country”.

The past decade of land invasions — which reduced 4 000 white farmers to 400 by murders, beatings and forced evictions — is held responsible by many for the demise of the “breadbasket of Africa”.

ZimOnline said government documents and audit reports showed the biggest beneficiaries of land reform were “Zanu-PF members and supporters, security service chiefs and officers and traditional chiefs who have openly sided with Mugabe and senior government officials and judges”.

New owners
It said all ministers and deputy ministers in Mugabe’s Zanu-PF party were multiple farm owners. These include his deputy, Joice Mujuru, her husband, the former army general Solomon Mujuru, and their relatives, who own at least 25 farms totalling 105 000 hectares.

All Zanu-PF’s 56 politburo members, 98 MPs and 35 elected and unelected senators were allegedly allocated farms and all 10 provincial governors have seized farms, with four being multiple owners. Sixteen supreme court and high court judges also own farms.

The report said: “Of the nearly 200 officers from the rank of major to lieutenant general in the Zimbabwe national army, 90% have farms in the most fertile parts of the country. This is replicated in the Zimbabwe Republic Police, Zimbabwe Prisons Service, Air Force of Zimbabwe and CIO [Central Intelligence Organisation].

“Constantine Chiwenga, the Zimbabwe Defence Forces commander, who is among a cabal of defence chiefs who have publicly declared that they will only serve Mugabe, has two farms near Harare, including the 1 200-hectare Chakoma Estates, which his wife seized at gunpoint, telling a terrified white farmer that she lusted for white blood and sought the slightest excuse to kill him.”

Mugabe has billed the land reforms as a black empowerment corrective to the injustices of colonialism, which left Zimbabwe’s land in the hands of a tiny white minority. But ZimOnline said that although at least 150 000 people may have had access to farms, the majority owned between 10 and 50 hectares and were Zanu-PF members.

ZimOnline noted that Zimbabwe’s agricultural production had fallen by 60% since 2000 when the land invasions began. Exports from the sector fell from $1,4-billion in 2000 to nearly $700-million last year, after dipping below $500-million in 2007.

ZimOnline said many farms were “lying fallow either because the new owners are not that keen on farming or they simply abandoned the properties for new farms”.

Zanu-PF rejected the charge. Herbert Murerwa, the lands and rural resettlement minister, was quoted as saying: “The fact that a handful of people may have more than one farm does not detract from the overwhelming success of the land reform where the government has created 300 000 farmers in the past 10 years.”

Eddie Cross, policy coordinator general for the Movement for Democratic Change and an agricultural economist, said the report explained why Mugabe is keen to avoid a land audit. — Guardian News & Media 2010