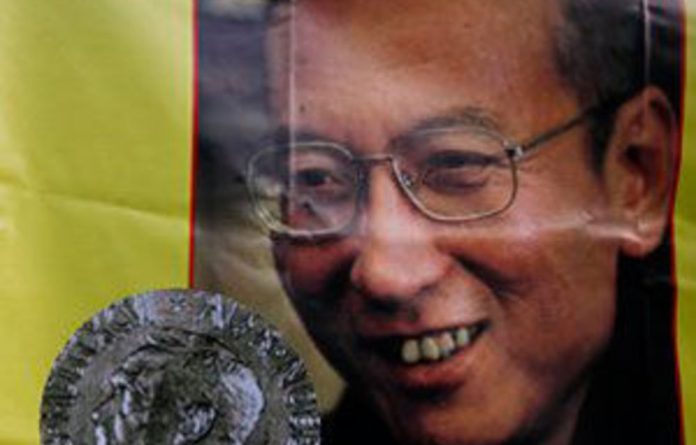 China unleashed a fresh diatribe on Tuesday ahead of the ceremony honouring Nobel peace laureate Liu Xiaobo, calling the Nobel committee “clowns” and saying most of the world backed Beijing’s position.

“Those at the Nobel committee are orchestrating an anti-China fuss by themselves,” foreign ministry spokesperson Jiang Yu told reporters in an unusually sharp broadside at the Oslo-based committee.

“We are against anybody making an issue out of Liu Xiaobo and interfering in China’s judicial affairs.”

She added: “We will not change because of interference by a few clowns.”

The Nobel committee is set to hold an award ceremony in Oslo for Liu on Friday, which is Human Rights Day, marking the adoption in 1948 by the UN General Assembly of the Universal Declaration of Human Rights.

Subversion charges
Liu, a writer and academic who has boldly fought for reform of China’s one-party political system for more than two decades, was jailed in December 2009 for 11 years on subversion charges.

No one is expected to be on hand to accept the award on behalf on Liu, who was named as the Nobel peace laureate in October.

His wife, Liu Xia, has been under house arrest since that time, other family members are under pressure not to speak publicly and many of Liu’s fellow dissidents and supporters have been warned not to attend or have been physically prevented from leaving China, activists have said.

Diplomats also have said China — which has been deeply embarrassed by the award — has pressured other governments not to send their representatives to the ceremony.

Jiang said “more than 100 countries and international organisations” had “expressed explicit support of China’s position opposing this year’s peace prize”, but she declined to provide details.

On another occasion, she referred to “more than 100 countries”.

“You can see very clearly that the vast majority of the international community will not attend the ceremony,” she said during a regular press briefing.

Silencing critics
However, the Nobel Institute in Oslo quickly rejected that claim, with the institute’s director, Geir Lundestad, saying most countries would indeed attend the ceremony.

The institute said earlier that six countries — China, Russia, Kazakhstan, Cuba, Morocco and Iraq — have so far said they would not take part in the ceremony.

Liu was jailed after he co-authored “Charter 08”, a 2008 manifesto calling for political reform and greater rights in China that spread quickly on the Internet.

Human rights activists say Liu was jailed after merely exercising his right to free speech, which is guaranteed in China’s constitution.

China has furiously rejected any criticism, branding Liu a “criminal” and warning other countries against interfering in its judicial system. — AFP