Shock at details of honeymoon murder 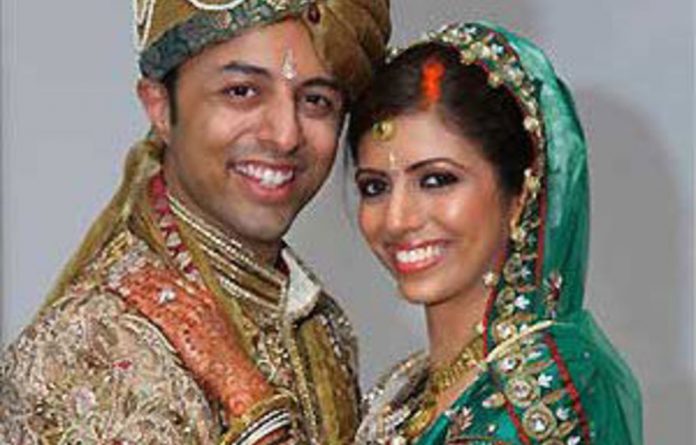 British citizen Shrien Dewani, who has been arrested in the United Kingdom for plotting to kill his wife, Anni, on honeymoon in Cape Town, must be extradited to South Africa immediately to be cross-examined on the “evil” murder, Western Cape Premier Helen Zille said on Wednesday.

The British businessman was arrested at the request of South African authorities on suspicion of conspiring to have his Swedish bride murdered while on honeymoon, police said on Wednesday.

Shrien Dewani was revealed as the alleged mastermind behind the death of his wife Anni in a dramatic turn of events in the high profile honeymoon murder case. View our slideshow as events unfolded at the Western Cape High Court on Tuesday December 7 2010.

“Shrien must be extradited,” Zille told the South African Press Association at her offices in Cape Town. “We must get to the truth of this gruesome murder.”

Zille said she had been shocked by the details that emerged on the case.

“From what we have heard so far, I can’t believe there is such evil in the world.

“This evil appears to have been compounded by the abuse of South Africans.”

Dewani (30) handed himself over at a Bristol police station on Tuesday night. He was arrested under a provisional warrant issued at the request of the South African police on suspicion of conspiring to murder his wife. He is due to appear in the City of Westminster Magistrate’s Court on Wednesday.

The arrest came hours after the Western Cape High Court heard that Dewani paid to have his new bride killed. Cape Town shuttle driver Zola Tongo (31) was jailed for an effective 18 years on Tuesday for his role in the plot, following a plea bargain with the state.

Anni (28), from Sweden, was honeymooning in Cape Town when she and her husband were hijacked while in a minibus taxi on Saturday, November 13. Shrien claimed the hijackers had forced him out of the vehicle. Anni’s body was found in the abandoned vehicle the next day. She had been shot.

‘An indictment to the fight against violence’
Meanwhile, the African National Congress Women’s League (ANCWL) expressed “utter dismay” on Wednesday at allegations that Shrien Dewani plotted to kill his wife.

“These revelations made when our nation and many peoples of the world commemorate the 16 Days of Activism Against Abuse of Women and Children is an indictment to the fight against violence and the abuse of women in our society,” ANCWL deputy president Nosipho Ntwanambi said in a statement.

“The African National Congress Women’s Leagues has noted with utter dismay and consternation the revelations made in the Cape High Court … that Mr Shrien Dewani plotted the brutal murder of his wife, Ms Anni Dewani.”

It congratulated the police and National Prosecuting Authority for the expedient manner in which they had dealt with the matter.

However, it said the 18-year jail term imposed on Zola Tongo, the taxi driver who made a plea bargain with the state and implicated Dewani in the murder, was too soft.

“Although we welcome the sentencing of Mr Zola Tongo to 18 years for his part in the crime and his confession, we believe that this sentence is lenient and undermines our nation’s commitment to ensure that all those who perpetuate violence against women are removed from our society.”

Fake hijacking
In a statement handed in as part of a plea agreement in the Cape High Court on Tuesday, Tongo revealed how he and Shrien had participated in a fake hijacking.

“The agreement was that after the hijacking of the vehicle, both Shrien Dewani and I would be ejected from the vehicle unharmed, after which the deceased would be kidnapped and robbed, before she was murdered,” he said.

The couple, who had been married for two weeks, were travelling through Cape Town’s Gugulethu township at the time of the hijacking.

Tongo was convicted of murder, kidnapping, robbery with aggravating circumstances and perverting the course of justice.

Two other people, Xolile Mnguni (23) and Mziwamadoda Qwabe (25), face charges of murder, aggravated robbery and kidnapping. They were expected to appear in court in February next year.

Dewani returned to the United Kingdom after the murder and denied any involvement in it.

“Shrien is wholly innocent of any involvement in this heinous crime. These allegations are totally ludicrous, extremely convenient for South Africa and very hurtful to a young man who is grieving the loss of the woman he loved, his chosen life partner.”

“If Max Clifford is telling the truth, his client will not hesitate to submit to cross-examination in a South African court of law,” she said.

“I would prefer to believe a judge than Max Clifford. His comments about South Africa are outrageous.

“For him to try and tarnish our image enrages every South African.” — Sapa

We need answers about the Vrede dairy project