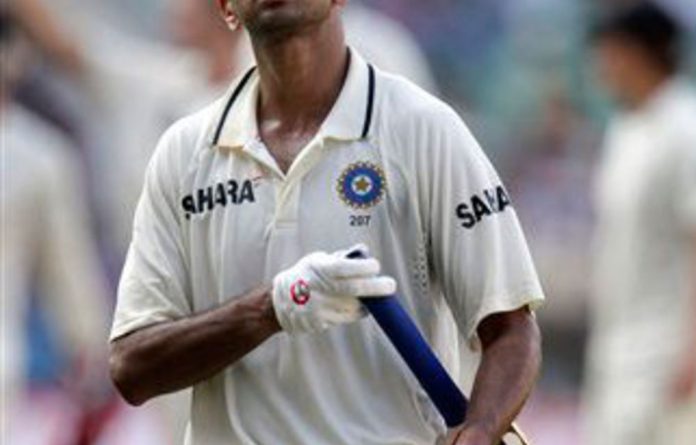 Rahul Dravid expects India’s batsmen to be up to the task in South Africa, with their prior experience in limited-overs cricket proving a major help.

While India have traditionally struggled abroad, Dravid feels that the increasingly global nature of cricket is aiding younger players like Suresh Raina when it comes to playing Test cricket in foreign conditions.

“Guys like Raina have come here with the IPL and the Champions League so they’ve played some one-day cricket in South Africa and they’re a bit more used to these conditions,” Dravid said after a practice session in Cape Town.

“Previously you just came here once every four years, so it was a big jump, but these days a lot of players travel here with A teams or under-19s — or if not here then to Australia or England — so the younger players have a lot more exposure to conditions outside of India to what we had when we were growing up.

“When I came here for the first time, England had been my first tour and this was my second tour, and aside from that I’d never been outside the country.”

The extra exposure has slowly showed in India’s results — last time they toured South Africa they stunned the hosts by winning the opening Test, before the Proteas fought back to secure a 2-1 series victory.

‘We’re very confident about our pace attack’
India also proved competitive on their last tour of Australia — also lost 2-1 — and beat England 1-0 when they toured in 2007.

“I do believe we can play everywhere. We won a Test match here last time, we’ve done well in Australia and got good results in England as well, so I think we’ve done as well as anyone in the last four or five years,” said Dravid.

“But we need to consistently play well through a series if we want to beat a good team like South Africa. They’re a tough team to beat at home because they’re a good, disciplined side so you’ve got to play consistently well through the whole series rather than just in one Test match. That’s really going to be the challenge for us — to maintain that intensity and level of performance throughout the whole tour.”

While he sees the ability to get through the opening 30 or 35 overs of an innings being crucial for the batsmen, Dravid is also confident that India have the bowlers to take advantage of the seam-friendly conditions in South Africa.

“We’re very confident about our pace attack, so any conditions that will suit fast bowling — we’ve got an attack that can definitely exploit that,” he said. “In Zaheer Khan, Sreesanth and Ishant Sharma we have three bowlers who can make as much impact as the South Africans.”

The key, says Dravid, is to keep that trio fit. India play as much cricket as anyone and have been forced to rest players on a regular basis over the past few months in the lead-up to this crucial Test series as well as next year’s World Cup.

Dravid added: “It is a tough balance and you do have players playing with niggles and small issues, but I’m hopeful that we can get through this tour without any serious concerns, and if we can do that then I think we’ve got a competitive side.” — www.cricket365.com