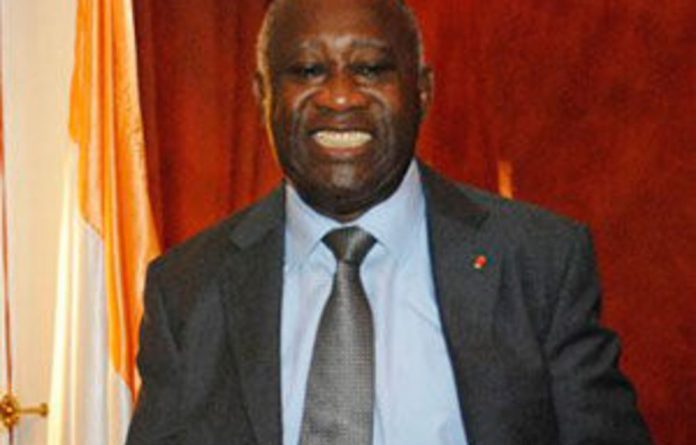 As EU foreign ministers met in Brussels to agree sanctions against Gbagbo’s administration, the isolated incumbent deployed troops and gendarmes on access routes to Ouattara’s United Nations-protected waterfront base.

Gbagbo and Ouattara both declared themselves president in the wake of last month’s disputed election. Ouattara has been recognised by the international community, but Ivorian army chiefs remain loyal to Gbagbo.

Former rebel fighters from the New Forces (FN) armed with assault rifles and rocket-propelled grenades took up defensive positions around the Golf Hotel, alongside UN peacekeepers equipped with armoured vehicles.

A few hundred metres away, gendarmes and presidential guards loyal to Gbagbo took control of two positions on the road running past the hotel, effectively controlling access to Ouattara’s base in the port city.

The loyalist forces were equipped with trucks mounted with machine-guns and had rocket-launchers of their own, but there was no immediate sign that they were preparing to launch an assault.

“They came at around 8am local time and tried to stop people getting through,” said Ouattara spokesperson Patrick Achi. “Some FN members approached them, but there was no incident.”

‘They are not here to make war on Ivorians’
The 65-year-old Gbagbo occupies the presidential palace and his ministers appear to exercise control over their departments, while Ouattara is trying to control the levers of state from the heavily defended Golf Hotel.

Gbagbo has appointed his own ministers and insists he is the constitutional president, despite a UN Security Council resolution calling on him to step down and threats of US and EU sanctions.

UN peacekeepers are deployed to protect Ouattara’s rival administration, but Côte d’Ivoire’s pro-Gbagbo army chief-of-staff General Philippe Mangou warned them on Sunday not to get drawn into fighting.

“We simply advise our brothers in the ‘impartial forces’ to never again get the blood of Ivorians on their hands. They are not here to make war on Ivorians,” he said, in a televised address.

The November 28 presidential election was supposed to mark a turning point in Côte d’Ivoire’s decade-long crisis and restore elected constitutional rule to a country divided into rival northern and southern armed camps.

Instead it has deepened divisions, with Gbagbo retaining the armed forces and most of the economic and administrative levers of state, while Ouattara has donned the mantle of international legitimacy. — AFP