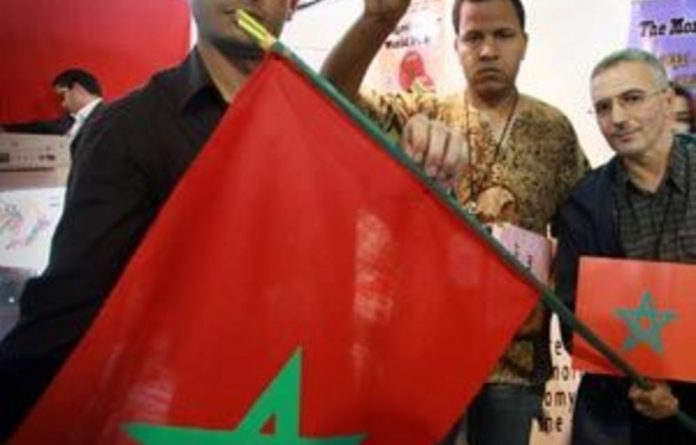 It was supposed to be a celebration of youth united in the face of the imperialist dragon. But Moroccan delegates at the 17th World Festival of Youth and Students are convinced that their South African hosts and the Western Saharan delegation have joined forces against them.

As evidence of allegedly deliberate and unfair discrimination they point to a string of service miscarriages, including shortages of food and transport to the R69-million youth fest in Pretoria.

Abassi Omar, a member of the Moroccan group, told the Mail & Guardian that Moroccans at the festival had been prevented from voicing their concerns to the media. “When we arrived we couldn’t get passes,” he complained, referring to accreditation cards. He also said that the bus was an hour late to take them to the opening ceremony on Monday evening — most of which they missed — and that they received no food on Tuesday.

“We are in a very bad situation. We feel that it is not good,” Omar said.

Asked whether the mistreatment was specific to their delegation because of accusations of Moroccan human rights abuses in Western Sahara, Omar replied emphatically: “Yes, of course.”

On Wednesday protesters from Western Sahara marched from the festival to the Moroccan embassy in Pretoria in support of the Polisario Front, a Sahrawi rebel movement fighting for the independence of the mineral-rich territory from Morocco.

Apparently believing that imperialism is not just an American disease, they handed a memorandum to the Moroccan ambassador.

Displaying a tiny scab on his wrist, one Moroccan delegate claimed to have been attacked by protesters at the festival on Tuesday. The delegation called the police to provide protection but waited for more than two hours for them to arrive — further evidence that they were being marginalised.

On Wednesday morning the Moroccans arrived at the “friendship fair” — an exhibition at which 147 countries are showcasing their views on imperialism — but were blocked by protesters from entering the building where a Moroccan stall had been set up.

Omar said Morocco fully supported the festival’s theme: “Let’s defeat imperialism”. “The Polisario,” he insisted, “is not a democracy — but in Morocco we have party politics and democracy.”

If there was a conspiracy, it was a pretty scattershot affair. Delegates from Belgium, Zambia, Swaziland and South Africa told the M&G that transport, accommodation and food had been an issue for all of them on the first two days of the festival — though some added that the situation had improved by Wednesday. It was also reported that scheduled speakers had not arrived or had received last-minute invitations. They included Winnie Madikizela-Mandela and Lindiwe Sisulu, the defence minister.

Andile Lungisa, National Youth Development Agency (NYDA) chairperson, said that “the first day is not easy”, drawing a parallel with the opening match of the World Cup. He said that it was “not a wine and food festival” and guests had expected three-course meals. Also many had overslept and missed breakfast.

Both Cosatu and the DA are now demanding a probe into the funding of the festival, which controversially received a R40-million shot in the arm from the National Lottery.

Meanwhile, the festival received further flak on Tuesday when it was revealed that disgraced former police commissioner Jackie Selebi, convicted of corruption, was scheduled to speak on ‘anti-communist, anti-democratic and anti-scientific contents of schoolbooks”.

The DA said it was ‘most apt” that the NYDA had invited Selebi to speak at its ‘totalitarian” festival.

But Lungisa, told the M&G: ‘Jackie Selebi was present but did not speak. He was invited, together with other veterans, because he is a veteran of the World Federation of Democratic Youth.”

Reggie Salmons, a delegate from the Southern Cape who took photographs of the ex-commissioner, was similarly forgiving. It was ‘a bit strange because of all the rumours”, but Selebi is ‘not really guilty” because he is appealing against the judgment, he said.