Ponting is focused on cricket, not his legacy 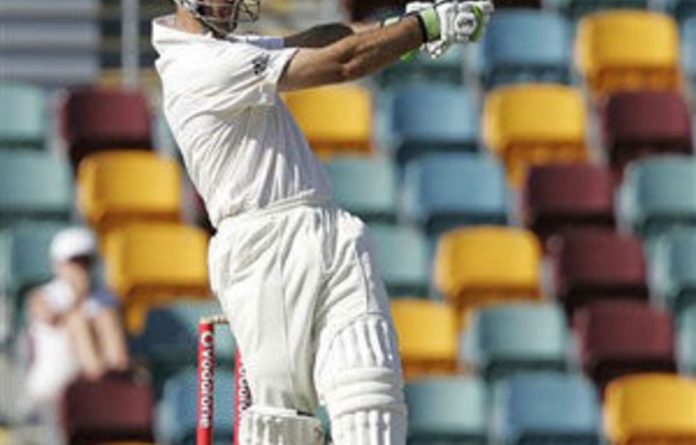 We are all a bit obsessed by legacies and there has been much talk here in recent weeks of Ricky Ponting’s legacy. Will he go down in history as the Australia captain who lost the Ashes three times?

Ponting did respond to this possibility before the Brisbane Test but it cannot be at the forefront of his mind. If he was really concerned about his legacy, he would have resigned as captain by now. Ponting must know, though he would never admit this, that there is a fair chance that Australia will lose this series – as a punter he has only to consult the bookies. He would have taken a clinical look at the ammunition at his disposal in the bowling department and handed the job over to someone else.

But he is not going to do that.

Ponting loves playing cricket. That is what he is good at. He shows no sign of growing tired of the game. The legacy can bloody well look after itself. Watch him come out to bat in the second innings in Brisbane. There was not much to gain but the draw had to be secured. Yet he scampered out at The Gabba like an impish school kid, playing imaginary shots on the way to the middle and some very real ones upon arrival. He chalked up 51 in 43 balls.

Of course he had a message to deliver: that despite all those ­barren hours in the field the Australian team were still chipper and up for the fight. He needed a bit of propaganda.

But Ponting also looked as if he was just enjoying the act of batting against the best that the world could offer (or, at least, England). This is his natural habitat.

Another example of his simple passion for the game comes from 2004, when he was enlisted to play for Somerset for a few weeks. He arrived at Heathrow on the morning of a Twenty20 match that the county team were playing that day. Ponting was in Taunton by early afternoon. He was asked, a little sheepishly, if he would like to play in the game: “Of course, we understand you are jet-lagged but thought we’d just ask on the off-chance.”

“Yep, might as well have a game,” he said. “Why not?” He did not score many runs but the team were so inspired that they sped to victory in an era when Somerset did not win quite so frequently.

Now the word “Clueless” is splattered across his picture on the back pages here. “Helpless” might have been more apt as he rushed around the field on the last two days at The Gabba craving for more fingers to stick in the dyke. Ponting is the captain so he has to carry the can.

Charismatic
He is also, by a distance, the most charismatic cricketer in the Australia side, the one great player that remains. He demands our attention just as Kevin Pietersen tends to do from the England side. These were the batsmen who were roundly – and ridiculously – booed when they made their way to the crease in the first Test. Often Ponting is treated as a pantomime villain and does not seem to mind, but no one would dream of giving that sort of ­reception to Sachin Tendulkar or Rahul Dravid.

This is partly because Ponting is as Australian as they come with that faintly ridiculous baggy green cap, looking ever more moth-eaten, perched on his head. And on his sleeve he wears his heart. We know he was once a larrikin, quick to anger in the bar.

Even now he does not readily disguise his emotions, whether angry about the way in which Alastair Cook was given not out after he had claimed a catch in Brisbane or, more memorably, in the wake of his run-out by Gary Pratt at Trent Bridge in 2005.

Like all Australia captains since Allan Border he is direct and snappily businesslike at all the press conferences he is obliged to give. On the field he may lack the insights – and the bowlers – of a Mark Taylor or a Mike Brearley, but with the press he does not evade; he does not know how to be disingenuous. “I exhausted every option I could think of out there,” he said with a shrug after the first Test.

Ponting himself does not look exhausted. He remains driven, sharp-eyed and eager for the fray. He is firmly in charge of his team and will remain so. Do not anticipate the sudden, tearful farewell of a Kim Hughes. Do not expect him to be replaced at a rush – partly because there is no credible heir apparent (Michael Clarke, bad back and no runs; Marcus North, good back and no runs; and there are no other serious candidates in the team). Neither should we imagine Ponting fretting about his legacy. He will leave that to others.

Moreover within the game they will not dwell so much on Ashes statistics when remembering him.

Back in 2005, a year after his little stint in county cricket, a stalwart, journeyman cricketer, Mike Burns of Somerset, had a benefit function at Lord’s. Long before the event Ponting had promised to attend and to support someone who had, albeit briefly, been his teammate. As it turned out the Australians were in Leeds when the function was to be held, just before an international match. So it became a very inconvenient commitment to keep. No matter, Ponting was there. He had promised. Not a bad legacy. —