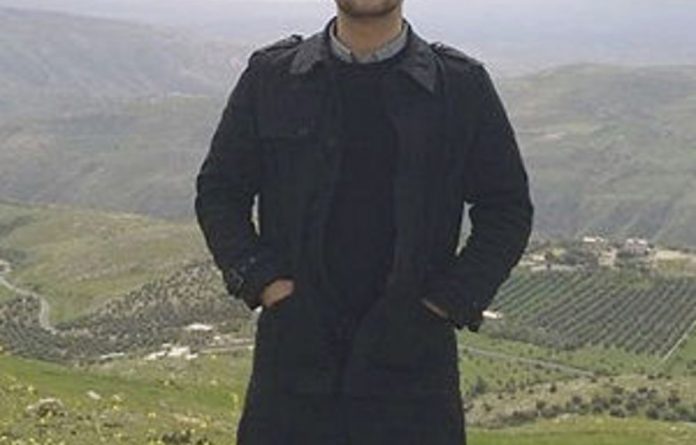 When Taimour Abdulwahab al-Abdaly moved from Sweden to Britain in 2001, he found himself living in a small community that has thrown up more than its fair share of violent jihadists.

But police and security service officers in Sweden and the United Kingdom are trying to establish how Abdaly became so radicalised that he would attempt to mount a mass-casualty attack in Sweden, the country that became his home when he was 10 years old.

He detonated a car bomb in Stockholm on the Saturday night of December 11 before he was killed by another bomb strapped to his body.

The authorities are anxious to establish whether any one living in Luton, in southern England, played a part in the process.

His family home in Luton was cordoned off after the attack and police removed a car believed to belong to Abdaly’s wife, who runs a hair and make-up company.

Abdaly moved to the town 50km north of London in 2001 to study sports therapy at the University of Bedfordshire. In 2004 he married Mona Thwany (28) and they had three children. He recently advertised on dating sites for a second wife.

Tahir Hussain, a taxi driver who lives next door to the Abdaly family home, said he had been quiet and “seemed like a nice person”. While it was obvious that Abdaly was religious, said Hussain — “his wife used to cover her face and he wore a djellaba” — he had made no more public show of his faith than giving sweets to his ­neighbours’ children at Eid.

Leagrave
The family appears to have moved several times in Bury Park, to the west of the town centre which, with neighbouring Leagrave, has featured prominently in counterterrorism investigations in recent years.

One man from Leagrave is serving a life sentence after being convicted with four other people of conspiring to cause explosions, while two of his friends, from Leagrave and Bury Park, died in a United States rocket attack on Kabul, Afghanistan, in October 2001. Another associate, known as Abu Munzir, is being held in Pakistan.

Three streets from his home lived Mohammed Quayyum Khan, known to his friends as Q, a part-time taxi driver who has been described in court as having been instrumental in arranging for Mohammad Sidique Khan, the leader of the July 2005 ­suicide bombers, to travel to Pakistan, where he attended a terrorism ­training camp.

Quayyum Khan — code named Bashful Dwarf by the British internal security service MI5 — is also alleged to have been the leader of a group planning to use a massive fertiliser bomb to attack the Bluewater shopping centre in Kent, the Ministry of Sound nightclub in London, or high-pressure gas pipelines around the southeast of England.

Abdaly is known to have travelled recently to Iraq and Jordan. British counterterrorism sources also pointed to a marked increase this year in Islamist activity in Scandinavia, particularly in Sweden, and linked it to the drawings by a Swedish cartoonist, Lars Vilks, in 2007 of the Prophet Muhammad, as well as the presence of Swedish troops in Afghanistan.

Abdaly’s behaviour and beliefs alarmed some of his fellow Muslims in Luton, who described him as an ebullient character, but acknowledged that he had extreme views and was quick to lose his temper. Qadeer Baksh, the chairman of Luton Islamic centre, where Abdaly worshipped, said he stormed out of the mosque after his views were repeatedly challenged.

‘Challenging his philosophical attitude’
“We were challenging his philosophical attitude to jihad. He got so angry that he left. He was just supporting and propagating these incorrect foundations [of Islam], so I stepped in and I left feeling that he had changed. He said he was convinced but then he came back to me and said, ‘What about this argument?’ and so we talked to and fro.

“He was talking about the excommunication of the Muslim leaders of the world from the faith of Islam. He believed that the scholars of Islam were unreliable because they were in the pocket of the government. He proposed a physical jihad.

I had no idea that it would escalate to where it escalated. He said we were working for the British government and that we were in the pocket of Saudi Arabia.”

Asked why no one from the mosque had reported Abdaly, Baksh said: “It’s the police’s job, the intelligence service’s job to follow these people up, not ours. You can’t just inform on any Muslim having extreme views. In the past many Muslims have had extreme views but have become good, balanced Muslims.”

Abdaly died on the day before his 29th birthday, when a pipe bomb that he was carrying detonated in the Drottninggatan area of Stockholm. He had been carrying three other devices that did not explode, prompting speculation that he had not intended the bomb to detonate when it did. Fifteen minutes earlier his white Audi had burst into flames in a busy shopping street, apparently after a gas canister bomb inside exploded.

He had earlier sent an email, warning of an impending attack, to a Swedish news agency and police. The warning referred to the presence of Swedish troops in Afghanistan and to the caricatures of Vilks.

An audio message apparently recorded by Abdaly warns: “So will your children, daughters, brothers and sisters die, like our brothers, sisters and children die. Now the Islamic state has been created. We now exist here in Europe and in Sweden. We are a reality. I don’t want to say more about this. Our actions will speak for themselves.”

Speaking with an English accent, Abdaly also warned that the “Islamic state” had begun to “fulfil its promises” and that the oppression of Muslims “will not be tolerated”.

He had travelled to Sweden about two weeks before, apparently to celebrate his father’s birthday. Two days before he died, according to his parents’ neighbours in the small town of Tranas, he appeared carefree. “I asked how it was with him and then he said it was good,” said one.

“He seemed happy and cheerful and said he was feeling fine because he had two girls and now also had a little boy, ‘so now I’m really excited’.” — Guardian News & Media 2010

One person has been killed after a gunman opened fire on a tram in the Dutch city Utrecht.
Read more
Africa

The attack at DusitD2 is the first in Nairobi in five years, when gunmen stormed the city's Westgate shopping mall, killing at least 67 people
Read more
Africa

Four militants attacked a parade commemorating the start of the 1980-1988 Iran-Iraq war in the southwestern city of Ahvaz.
Read more
Advertising
Continue to the category
Politics