Assange haute for the count 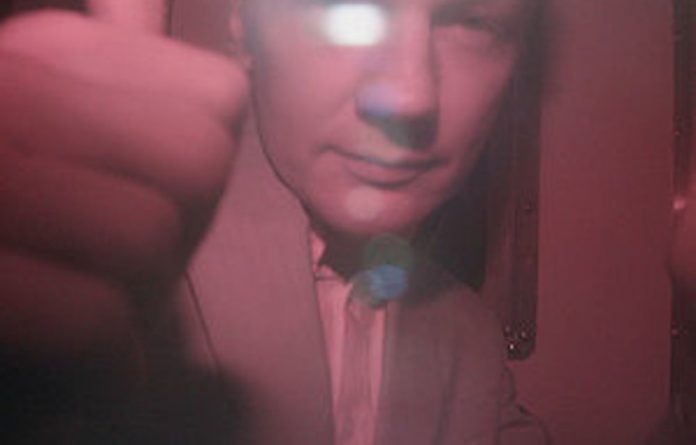 His supporters include teenage hackers, freedom of speech activists and a motley group of celebrities. But on Tuesday it was the maverick British establishment that rode to the rescue of WikiLeaks founder Julian Assange, offering to whisk him from dull confinement in Wandsworth jail to a large and comfy manor house in Suffolk in eastern England.

For once, Assange was not the star at the afternoon bail hearing at Westminster Magistrate’s Court. The hero was Vaughan Smith, a former army officer, journalist adventurer and right-wing libertarian.

For much of the past five months, until his arrest last week, Assange has been living at Smith’s Frontline Club in Paddington in west London.
Geoffrey Robertson QC, standing to address district Judge Howard Riddle, announced that “Captain Smith” was now ready to put Assange up at his rambling country home, Ellingham Hall, near Bungay in Suffolk — should he be granted bail.

The WikiLeaks saga has been short of jokes. But Robertson had one ready-made — it would not be so much “house arrest as manor arrest”, he quipped. Not only that, but it was inconceivable Assange would attempt to escape “since darkness descends rather early in that part of Britain”.

Additionally, Assange was willing to give up his Australian passport and wear an electronic tag.

Previously, Assange was refused bail after he unwisely gave an Australian postal address as his place of residence. This time his legal team would allow no such mistake.

Robertson, Assange’s new advocate, asked Smith to give his own assessment of WikiLeaks’s controversial founder, in the light of Sweden’s attempts to have him extradited for alleged sex crimes.

Meet the Smith’s
“He is a very honourable person, hugely clever, self-deprecatory and warm. Not the kind of things you read about,” Smith said loyally.
After establishing that Smith was a former Guards officer and one-time captain of the British army’s shooting team, the attorney asked for details of Smith’s family home and organic farm.

“It has 10 bedrooms and 600 acres [240 hectares],” Smith replied. Better still, there was even a police station. “It’s a short distance on a bicycle,” Smith said.

“It’s an environment where he would be surrounded. We have members of staff. My father was a Queen’s Messenger and a colonel in the Grenadier Guards.”

On the second floor of the court celebrity supporters had gathered — John Pilger, Jemima Khan, Ken Loach, Bianca Jagger and others. They weren’t really needed – though their money was for the hefty £200 000 bail.

‘Living hell’
Judging from his appearance, Assange appeared to be surviving his ordeal in Wandsworth prison well. From inside a glass box for the defendant, he confirmed his identity and address. He also gave a cheery thumbs-up to his team.

But Robertson insisted that Assange was having a miserable time. His conditions inside Wandsworth were nothing short of a living hell, he said. “He can’t read any newspapers other than the Daily Express. This is the kind of Victorian situation he finds himself in.

“Time magazine sent him a magazine with his picture on the cover but all he was allowed to have was the envelope!”

To no one’s great surprise, the judge announced that “bail was going to be granted under certain conditions”. These turned out to be not overly onerous — an electronic tag, an afternoon and night curfew and a requirement to report to Bungay police station between 6pm and 8pm every evening. Oh, and £200 000 in cash.

Outside the tweeted news of Assange’s bail brought a loud cheer from the 150 or so people who had gathered opposite the court to encourage their hero and share their banners and placards with the world.

One read: “Sex crimes! My arse!” Another, “That’s just what we need — another innocent man in jail” and a third, “Sweden: muppets of the US”. Despite the indignant slogans, the judge’s verdict plainly delighted the protesters.

Three young activists were so thrilled, in fact, that they broke into an impromptu chorus of We Wish You a Merry Christmas. But soon afterwards there was confusion as news filtered through that the Swedish prosecutor was to appeal against the bail decision, meaning that Assange has to remain in jail.

His lawyers appear confident he will be out in time for Christmas. Pheasant dinners, port and brisk walks around the estate may be only a matter of days away. — Guardian News & Media 2010