10 South African songs that rocked my world in 2010 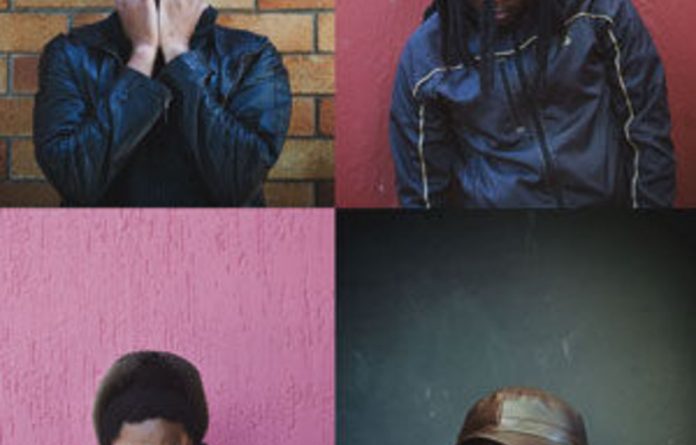 When asked to write a personal round-up of the 2010 South African music scene for the Mail & Guardian Online, I decided to treat it as a playlist-making exercise — I wanted to make a playlist that contained my favourite South African songs for the year 2010.

So if you are looking for a 10-song crash course on what happened in South African music in 2010, here we go.

1. BLK JKS — IIETYS
After the international success of last year’s debut album After Robots, the BLK JKS didn’t waste any time in getting their next release out, with the ZOL! EP hitting shelves just before the 2010 Soccer World Cup. IIETYS, a reworking of the track It’s In Everything You’ll See from the band’s Mystery EP, was the album highlight, offering up a new sound for the band. The opening drums and guitar lay out a post-punk/funk track that is not dissimilar from those used by John Lydon’s Public Image Limited and Robert Smith’s The Cure in their early days. An absolute cracker and without a doubt my favourite South African song of the year.

2. Sticky Antlers — Outside World
The Sticky Antlers’ second album, Tupperware Tombstone, was a magnificent slab of punk noise, reinforcing their standing as one of South Africa’s most ferocious bands. Unfortunately it was also their swansong, as the album’s launch gigs also proved to be their final gigs as the band lost members to overseas. Outside World was just one of the highlights included on the new album. Starting off with a gentle rhythm, the song builds into an addictive piece of music. “Hypnotic, not psychotic,” chants bassist Martinique Pelser, sounding a lot like Sonic Youth’s Kim Gordon. While the song is one of the band’s softer numbers, it was my favourite from a stellar new album.

3. Kalahari Surfers — Frontiers of Madness
Warrick Sony, aka the Kalahari Surfers, returned in 2010 with his strongest album in years, dubbed One Party State. A politically drenched album, it pulled no punches as it took aim at the ANC, pointing out similarities between the days of the apartheid Nationalist Party and our country’s current challenges. As far as I am concerned, One Party State is track for track the most solid South African release of 2010, and it also saw Sony moving from dub into the realms of dubstep on some tracks. However, the real highlight has to be Frontiers of Madness, which is presented in an achingly beautiful way, like a long-lost outtake from Tricky’s Maxinquaye. “Good people have left, criminals have rights,” sings Sony in the background. “The violence of the state has been replaced by the violence of criminals who are holding our democracy hostage,” he told the M&G earlier in the year.

4. Jaco en Z-Dog — Alles is Boring
Jaco en Z-Dog had a busy year, releasing their first two EPs in the second half of 2010. The first was dubbed Eerste Leerstelling and the second Goud Werd. Alles is Boring was taken from the first EP and is a tongue-in-cheek anecdote about how everywhere the band goes is “boring” and it’s only when they return to Johannesburg that they realise that its “befok”. Set to “Stooges on steroids” guitar, it’s a great little piece of art-punk that will have you in stitches.

5. Vusi Mahlasela — In Anyway
This song appears on Vusi Mahlasela’s new album, Say Africa, released a few months back. Written by Mahlasela with some additional work by Rian Malan, this song is a classic love song. Featuring legendary blues musician Taj Mahal on vocals and banjo, the song builds gorgeously before a choir comes in at the end to raise the song to the heavens.

6. Jim Neversink — Stay
Johannesburg country-rocker Jim Neversink, who has relocated to live in Denmark, returned to South Africa in August to launch his third album, Skinny Girls are Trouble. The album is a lot more singer/songwriter than his previous effort, but it contains some pearlers, of which Stay is the best. A song about a relationship, the real kicker comes with the line, “It’s hard to see you go, but it’s much harder when you stay.”

7. Kesivan Naidoo — Single Ladies
This one could have made the list on pure novelty value alone, but it is a sign of how good a jazz musician Kesivan Naidoo is that his take on Beyoncé’s hit, Single Ladies, is actually damn good. “The first time I heard the tune was on TV and obviously Beyoncé looked really great,” says Naidoo. “At the same time the harmonic progression and the groove spoke to me as well.” The track is taken from Naidoo’s first album as bandleader, Instigators of the Revolution, and it was one of the highlights of South African jazz in 2010.

8. Die See — Vrystaad
This little gem appeared on Die See’s self-titled debut album. Formed in Pretoria by singer/songwriter Henry Ferreira and his electric guitar-playing friend, Dylan Graham, Die See have sprung on to the scene in the last year, sharing bills with Ampersand, Jaco & Z-Dog and Brixton Moord en Roof Orkes. Vrystaad is a bluesy rocker that wound its way into my heart while driving through Devon in the UK of all places.

9. Simphiwe Dana — Ndim Iqhawe Part 1/Ndim Iqhawe Part 2
Simphiwe Dana’s blend of pop, jazz and traditional music has been a huge hit with South African audiences and has made her one of South Africa’s most celebrated young musicians. It had been three years since Dana released her last album, 2007’s The One Love Movement on Bantu Biko Street, so her fans were no doubt ready and waiting for its follow-up, and Dana did not disappoint with Kulture Noir. The standout track, or should I say tracks, for me were Ndim Iqhawe Part 1 and Ndim Iqhawe Part 2. The first a gentle vocal piece, the second a seven minute soulful track that is a sheer delight.

10. Make-Overs — Surfbored
Incredibly this is the second entry in my top 10 for Andres Schonfeldt and Martinique Pelser, who also make up half of Pretoria noise terrorists Sticky Antlers. Now that the Sticky Antlers have called it a day with the launch of their second album, Pelser and Schonfeldt are channelling their musical energy into their new band, the Make-Overs. Their new album, MC1R on the 16th Chromosome, has already been launched and is one of the highlights of the year. A little birdie has also told me that Surfbored will be getting an official vinyl release from an international label next year, so look out for that.