How the Disney dream died 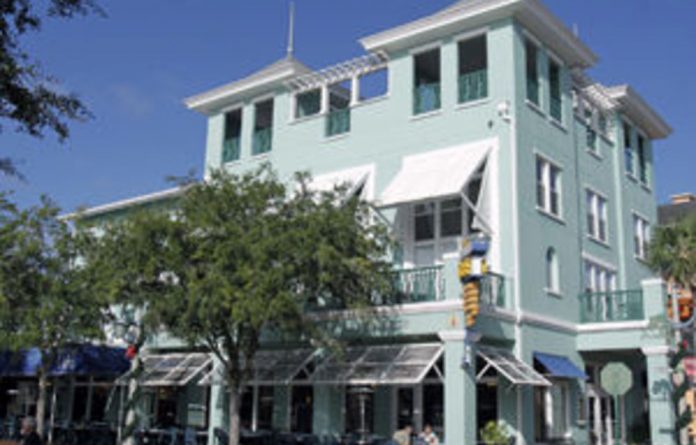 There once was a place where neighbours greeted neighbours in the quiet of summer twilight. Where children chased fireflies. And porch swings provided easy refuge from the cares of the day. The movie house showed cartoons on Saturday. The grocery store delivered. Remember that place?

Then winter came and a chill wind blew. People lost their jobs, families foreclosed on their homes. One morning you wake up and turn to greet your neighbours but find that they are gone.

The movie house closed. The quiet of those early twilights was shattered by news of a brutal murder right in the centre of that place, followed just days later by a man killing himself after a shoot-out with police.

That is not what is meant to have happened to the script of Celebration, the magical “American home town” that Disney built in Florida 14 years ago.

The first paragraph of this article is lifted verbatim from the town’s original sales brochure from 1996, written by Disney’s famous “Imagineering” team.

The words were matched in visual form by the new town’s seal, which was stamped on everything from storm drains and mugs to golf towels. It showed a little girl with a ponytail riding a bicycle past a wicket fence and an American oak with her dog running dutifully behind her.

That was what Celebration was meant to be. A small-town idyll built to the Disney corporation’s lauded high standards. It would capture the sense of community that Walt Disney spent his whole life trying to distil, bottle and sell.

So, how to make sense of the events of the past few weeks? The news that Celebration — population 11 000 — had suffered its first murder with the bludgeoning to death of a 58-year-old retired teacher? It was followed less than two days later, in an unrelated event, by the sight of a Swat team in an armoured car staking out a house, a stakeout that ended with the homeowner’s suicide? How do you fit these events into the –Disney dream?

Walking around the centre of Celebration – they call it “downtown”, though it’s not much more than a village square — is like stepping on to the set of The Truman Show, the film in which Jim Carrey plays a man trapped inside an invisible urban bubble. There are shops with names such as Day Dreams selling Barbie dolls, the streets are lit by olde worlde lanterns and you are followed everywhere by muzak from the 1940s and 1950s piped out of speakers hidden beneath palm trees.

The town centre is steeped in that great Disney aesthetic: the art of deception. The 12m Christmas tree has plastic needles. The ice rink in the central square is a sheet of white plastic. At first glance the snow that falls on the hour, every hour on winter evenings looks as convincing as fake snow could, until you realise the artifice is double-layered – it’s not artificial snow but shaving cream.

But of course that’s what Disney’s all about — the stitching together of reality and fantasy so finely that you can’t tell where the one ends and the other begins. It’s precisely because of this promise to fuse real life with dream life that Celebration has been so wildly successful. When Disney held a lottery in 1995 for the first 474 homes, almost 5&;nbsp000 people scrambled to be part of it.

Dan Rudgers was one of the lucky bidders — he still lives in the townhouse that he won. Like many of the first generation of residents, he is, by his own description, a “Disney freak”.

“I think I was drawn to Celebration because of the way Disney does things. You knew the parks and the streets would be clean, the grass cut, all the houses would look the same. It would be family-oriented and everything would work just right.”

Which is why news of Celebration’s first murder was so incongruous and shattering. There was nothing Disney, nothing magical, about what happened in Idelwylde condominiums, just a block from the town’s central square. On November 29 Matteo Giovanditto was found bludgeoned and strangled inside his apartment, where he lived with his chihuahua.

David-Israel Murillo arrested as suspect
On December 7 police arrested a suspect, David-Israel Murillo (28) who lived in a town near Celebration. He told detectives that he had been taken back to the apartment by the victim and got into a rage after Giovanditto made sexual advances. He struck Giovanditto with an axe that he had found in a cupboard. He was charged with first-degree murder and refused bail.

The events were so starkly at odds with the town’s seal of that little girl on the bicycle that you might think they would inspire a degree of soul-searching in Celebration’s residents. Far from it. The murder merely appears to have reinforced their commitment to Disney’s ­original ideals.

“One murder in 14 years! Where can you go in this entire planet and find this type of statistic? Tell me,” says Jodi Meyers, who lives on the same street as Giovanditto’s apartment. She is an estate agent selling Celebration homes and thinks the murder and the suicide shoot-out that followed so soon after it will have done nothing to dent the town’s reputation.

“A couple of days after the murder I got a call from a man up in New York who said he’d seen it on the TV news. He said: ‘That’s a great little town. One murder in 14 years, that’s a good record. I want to buy a condo down there.'”

Disney always dreamed of building a model town. It was part of his master plan to create a new magic kingdom in Florida. How he came to put the plan together is the stuff of Disney legend — the numerous trips he took in private jets, disguised, so that no one would spot him; the front companies he set up to buy the land, also incognito; the 12 000 hectares he acquired before anyone noticed.

Less well known is that it was all part of his messianic desire for total control. Disney managed to persuade the local authorities to grant him absolute power within the confines of his new empire, including the ability to raise taxes and run the roads and public amenities. In effect, he had created a private — Disney — government.

Rick Foglesong, a Disney watcher of long standing at Rollins College in Florida, calls it “the Vatican with mouse ears”.

Walt Disney, the story behind him
“Walt Disney was an authoritarian. Yes, he was an artist, but he was also a control freak. People tend to see the Disney creativity. They often miss the centralised control that lies behind it.”

Disney died in 1966, before his aspiration of creating his own community could be realised. But when Celebration finally came into being it bore many of his hallmarks.

The planners did a trawl of the most picturesque southern towns — Savannah, Charleston, New Orleans — and borrowed the best from them: town squares, verandahs, gables and front porches. Then they boiled all the ideas down into a pattern book that dictated every detail right down to the plants that could be grown in the yards.

There were only six house styles permitted and only a limited range of colours — white, blue, yellow, pink and buff, all in pastel shades. Though Disney sold most of its stake in Celebration to a property management company in 2004, the Disney spirit lives on.

In a country that prides itself so fiercely on its untrammeled individualism and freedom, Celebration has a strong streak of conformism. Crime, until this month, was rare. Last year only three robberies were reported.

Yet Celebration has not been immune from the devastating economic collapse in America. As a symbol of its economic ailments, a few days after Thanksgiving its cinema, a striking mock art deco building at the lake, shut down.

Florida has one of the highest rates of foreclosures on homes and, though Celebration has been less pummelled than many of the state’s towns, it is still hurting. In the past six months 106 properties have been sold. Of those, 44 — more than 40% — were foreclosures.

Disney Celebration raided by officers
One of those foreclosed houses is a townhouse in Yew Court, a tiny cul-de-sac about a kilometer from downtown. It has a colonnaded porch and neatly trimmed topiary, but several aspects of the house are definitely in breach of the Celebration pattern book. Its windows are pockmarked with bullet holes and its wooden shutters are askew and riddled with gunfire.

Earlier this month its occupier, Craig Foushee, barricaded himself in. When a Swat team arrived he opened fire. Fourteen hours after the drama began, the officers used tear gas to gain entry to the property, only to find Foushee already dead by his own hand. Foushee, a transatlantic jet pilot, had been having a bad year. His wife was divorcing him, the security business he ran as a side interest had fallen into bankruptcy and he had lost his home.

For Meyers, his death merely confirms that Celebration is not as detached from real life as people make out. “What that guy was going through, it could happen to anyone. The people who live here, we’re not immune. We have foreclosures, we have divorces. This is still America, even if we do live in a town built by Disney.” — Guardian News & Media 2010

The ideological aims of the criminal justice system in dysfunctional societies, like South Africa, is to indirectly legitimise the inequitable economic system
Read more
Sport

The NBA’s been on pause since March but will be back in full effect on Thursday. What’s happened since the stoppage and what’s about to happen?
Read more
Coronavirus