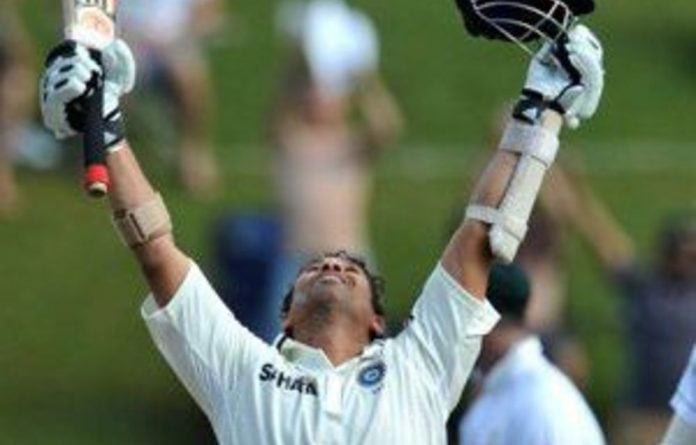 India batsman Sachin Tendulkar has closed the gap on Sri Lanka captain Kumar Sangakkara to just two ratings points at the top of the ICC Test Rankings for batsmen, following his 50th Test century in the Centurion Test, which finished on Monday.

Tendulkar now has an excellent opportunity to overtake Sangakkara in top spot, with two Tests of the three-match series still remaining, although he will face tough competition from Jacques Kallis.

Kallis’ double-century, the first of his Test career, has earned him a rise of one place to third spot, while pushing Virender Sehwag into fourth position. This has also strengthened Kallis’ position as the leading all-rounder in Test cricket, with a huge 78 ratings points advantage over New Zealand skipper Daniel Vettori, who is in second spot.

Fifth-placed AB de Villiers’ 129 not out from just 112 balls has earned him a new career-high rating of 806 points, while Hashim Amla, who hit 140 in South Africa’s mammoth total of 620 for four declared in the first innings, has moved up three places to ninth spot in the latest rankings.

Meanwhile, Mike Hussey’s heroics in the Perth Test match, where he scored 61 and 116 in Australia’s 267 run-victory over England, have seen him fly eight places up the rankings. He now sits in sixth position, which is the first time that he has been in the top 10 of the batting rankings in two years.

Shane Watson’s consistent form in the Ashes series has seen him rise a further 13 places to 13th spot, achieving a career-high rating after his performances in Perth, while Kevin Pietersen’s double failure in the match has sent him in the opposite direction in the rankings, falling nine places to a joint-25th position with Ian Bell. Jonathan Trott has also slipped four places to 10th spot.

On the bowling front, Dale Steyn’s seven wickets have ensured that he maintains the top spot in the bowling rankings.

Mitchell Johnson’s outstanding performance in Perth, taking six for 38 and three for 44, is rewarded with a fourth place in the rankings, a rise of three places, although he remains behind Morne Morkel, who also jumps three spots to third after he achieved match figures of seven for 114 against India. — www.cricket365.com

There has been a constant narrative that aims to reduce you to an ex-wife of a former head of state. This is factual, but in mainstream media there seems to be no other description of you
Read more
Advertising
Continue to the category
Africa