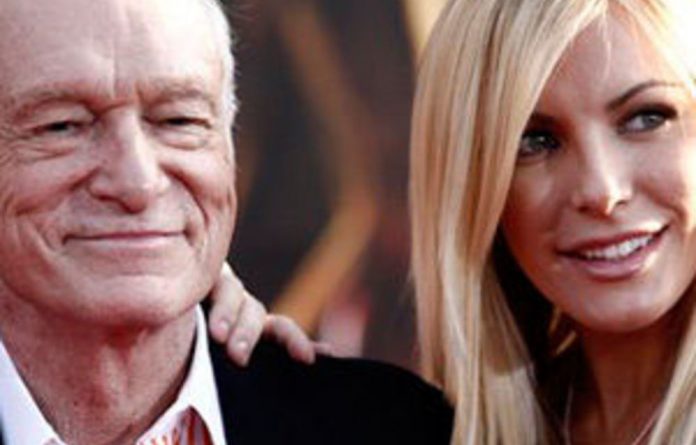 Hugh Hefner, the twice-married founder of Playboy, is taking the plunge again.

Hefner (84) said on Saturday in a posting on Twitter that he and his girlfriend Crystal Harris (24) got engaged on Friday.

“When I gave Crystal the ring, she burst into tears. This is the happiest Christmas weekend in memory,” Hefner tweeted.

Hefner, whose magazine was founded in 1953, was divorced from his second wife, Kimberley Conrad, earlier this year. His first marriage to Mildred Williams ended in divorce in 1959.

Harris was the Playboy Playmate of the Month for December 2009.

Hefner, known around the world by his nickname, Hef, has championed sexual freedom and civil rights, published stories challenging McCarthyism and the Vietnam War, and backed gay causes and the legalisation of marijuana.

With a cover featuring a calendar photo of Marilyn Monroe, Hefner put the first issue together on the kitchen table in his flat. It hit the stands in December 1953 and sold 51 000 copies — enough to finance a second issue — and led to a multimillion dollar international corporation. – Reuters