Haitians yearn for change after year in ‘hell’ 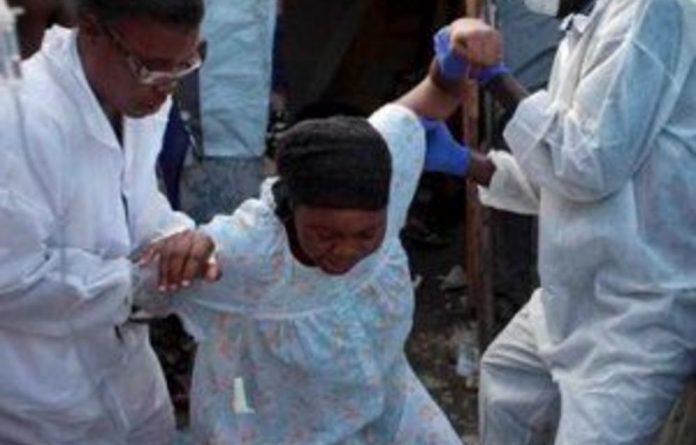 As Haitians mark the anniversary on Wednesday of the earthquake that flattened much of the capital Port-au-Prince, hopes that a better nation could rise from the rubble have given way to a crushing sense of bitterness and despair.

Reconstruction work has barely begun despite billions of dollars in pledged aid, profiteering by Haiti’s tiny and notoriously corrupt elite has reached epic proportions, and a national cholera epidemic has added to the misery of a country where the quake killed about 220 000 people and left more than a million homeless.

Haiti, the Western Hemisphere’s poorest country, was in bad shape before the quake. But promises from the international community to “build Haiti back better” now ring hollow to many of the country’s most vulnerable.

Banks, schools and government offices were ordered closed for the anniversary and a national day of mourning was to kick off with a service offered by the papal envoy to Haiti at the quake-shattered remains of the National Cathedral in downtown Port-au-Prince.

Former US President Bill Clinton, the special UN envoy for Haiti who heads its main disaster management body, was due to attend the service along with a host of officials including outgoing Haitian President Rene Preval.

But in Champs Mars, Port-au-Prince’s central plaza where thousands of families made homeless by the quake live in a sweltering tent city, residents said the official ceremonies and renewed pledges of aid and progress for Haiti from foreign officials, were like something taking place in another world.

Hundreds of thousands are still living in such camps and are falling victim to the cholera that has already taken some 3 750 lives since mid-October.

A political impasse since a disputed presidential election on Nov. 28 has fueled further instability in the Caribbean country.

Aid on television, not in reality
“I hear about aid on TV but us in Champs Mars, we’ve never seen it. We have no way to get out,” said 55-year-old Ginelle Pierre Louis.

“The diplomats pass through in the air, in helicopters, but they never come through here on the ground,” said Hyacinthe Mintha (56) a resident of Champs Mars, which overlooks the heavily damaged presidential palace.

Mintha’s daughter, Hyacinthe Benita (39) lives in a metal and wood shack with a frayed tarp roof and a thin pallet as the only bed for herself and her four children.

“We are still here in misery,” she said of the quake anniversary. “I hope this year brings serious change because 2010 was hell for us,” she added.

“The president’s right over there,” said Benita, gesturing toward the annex where Preval, who is deeply unpopular, works behind the presidential palace. “He’s never done anything for us, he’s never come to see us at all. They look at us like animals,” she said.

Clinton, who co-chairs the Interim Haiti Reconstruction Commission with Haiti’s Prime Minister Jean-Max Bellerive, has faced pointed criticism for painfully slow progress in relief and rebuilding efforts so far. He acknowledged disappointment with the commission’s work in remarks to foreign reporters on Tuesday.

“Nobody’s been more frustrated than I am that we haven’t done more,” he said.

Elite profiteering
Denis O’Brien, a supporter of Clinton and chairperson of the Irish-owned cell phone company Digicel that is Haiti’s biggest foreign investor, told Reuters in an interview this week that the former US leader had a solid understanding of what needs to be done to get Haiti back on its feet.

But one of his big problems, according to O’Brien, is that most members of Haiti’s ruling class have done little to help, seeking only to profit on the back of their nation’s catastrophe.

“There’s very few of the elite families that are actually doing a lot for Haiti,” O’Brien said. “They’re making massive profits on the importation of goods, products, services, everything … Profiteering at a major scale is going on here,” he said.

Jimmy Jean-Louis, a Haitian-born actor and performer who now lives in Los Angeles but has visited his homeland frequently since the quake, said the ruling class had always benefited from chaos and mayhem in Haiti.

“The more destabilisation there is, unfortunately, the more money the elite makes,” he said.

“Not too much has changed,” said Louis, who said he rushed back to Haiti just days after the earthquake last year. “Everything went down on January 12,” he added. “It might stay down for years to come.”

Hapless Haiti: A timeline of misery
Haiti has been plagued by pestilence and natural disasters since a catastrophic earthquake a year ago killed more than 220 000 people. Here is a chronology of the main events: