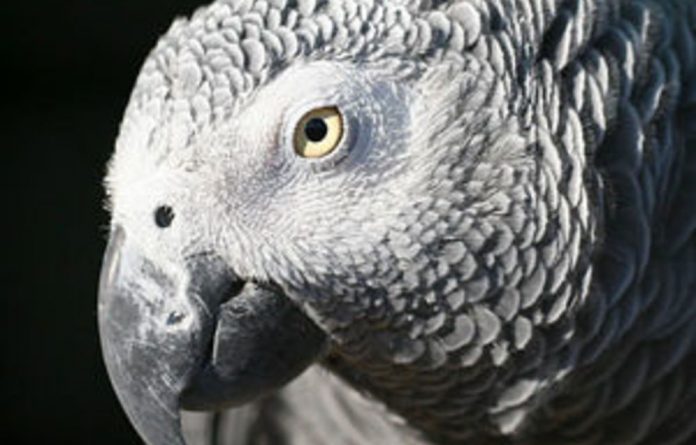 The death of 730 wild-caught African grey parrots on a commercial flight between Jo’burg and Durban last month has blown the lid off a possible wildlife trafficking ring based in South Africa and operating on the rest of the African continent.

The hugely popular bird, found in the rainforests of west and central Africa, is being hunted mercilessly by wildlife traffickers due to its high commercial value as a pet.

Research by Birdlife International indicates that up to 21% of the global population may be taken from the wild annually. The bird is now listed as near-threatened because of uncontrolled trapping.

The African grey is listed in appendix II of the Convention on International Trade in Endangered Species (Cites), meaning that exports must be accompanied by a permit issued by a national authority and a finding must have been made that exports are not detrimental to the species in the wild.

Wildlife groups are calling for an investigation into why the birds were allowed to enter South Africa, given the existence of such strict permit conditions. It is well known that it is easy to obtain the necessary documentation from the Congolese authorities, the groups say.

‘Congo 500’
A private wildlife investigator tracing the birds said that they might be part of the so-called “Congo 500”. Five hundred African greys were confiscated from trappers by Congolese government officials in October last year and taken to Lwiro Sanctuary, a private reserve supported by the conservation NGO, the Pan African Sanctuary Alliance (Pasa).

But on November 22 army and government officials allegedly arrived at Lwiro, threatened its director at gunpoint and removed all the rescued African greys in crates. Pasa suspects that the 500 parrots might have made their way to South Africa and become part of the fatal consignment.

The 730 African greys, transported in 15 crates, died on a 1time flight between Johannesburg and Durban when transferred from state quarantine facilities at the airport to Toucan Private Quarantine outside Durban. State vets are still investigating the precise cause of death, but early research indicates that it was probably due to carbon monoxide poisoning. An official report on the deaths by the state vet is expected this week. Pasa says regulations allow only four birds per crate.

A source present when the crates were opened said 720 of the birds were found dead and 10 died later. The source said the birds’ lungs had collapsed.
Court documents show the dead birds belonged to Boksburg lawyer Ben Moodie, through his company Iceland.

Moodie contracted Gideon Fourie through Byart Birds, alias Balkbirds in Kinshasa, to import the birds to South Africa. They were apparently part of an order for 1 800 birds for which Moodie paid R2-million ($115 500). It is understood that 1 000 birds could still be waiting in Kinshasa and, according to an affidavit from Moodie, he had buyers lined up for the parrots.

The importers
Wildlife activists take a very dim view of Fourie. It is widely claimed that he established Byart Birds in Kinshaha, where he allegedly taught locals to catch parrots and poach nests for eggs.

He has become one of the major importers of African greys to South Africa through the Naaupoort Breeding Facility, an East Rand-based trader in parrots.
On Naaupoort’s website the facility is listed as an agent for Byart, while Fourie is listed as its sales representative.

“We are regular importers of African grey adult breeding birds from the Congo in cooperation with Byart Birds who have the only government-approved quarantine export station in the Congo,” says the website.

On a flyer giving details of the website, www.birdsfromafrica.co.za, Naaupoort also advertised last year that it had wild-caught African grey breeding pairs. Fourie declined to answer questions this week, referring all questions to the birds’ “owner”, Moodie. Moodie did not respond to emailed questions.

The court documents show that Moodie had the necessary Cites permits in place. The department of environmental affairs said it had investigated whether the permits had any irregularities and had found that they were valid.

Moodie fought the order, but Matthews’s next order succeeded in getting the birds moved to the private sanctuary outside Durban due to bad conditions at the state quarantine facility. The birds were then loaded on to the flight, where they died. Matthews was not available for comment.

Figures show that in the past decade, more than 400 000 parrots have been traded, making the African grey one of the most heavily-traded Cites-listed bird species and, wildlife organisations say, making a mockery of the Cites permits.

Pioneering project to help save African penguins takes off, bringing renewed hope for the endangered species