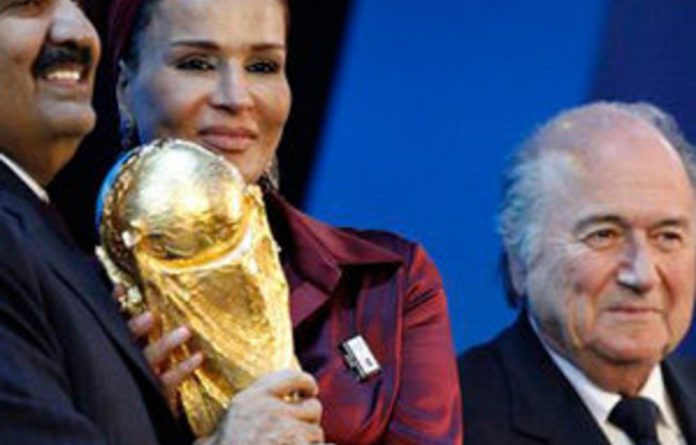 A member of Fifa’s executive committee criticised talk of moving the 2022 World Cup in Qatar to winter and said he believes the idea was floated informally even before votes on the host nation for the tournament.

Chuck Blazer, who represents the United States, second in December’s bid vote behind Qatar, warned that switching the event to winter may take 10 weeks out of the international club season and would “upset the entire football world”.

Since the vote there have been suggestions from leading figures in the game that the tournament should be switched to January rather than June or July to avoid the intense heat in the summer months of the Gulf state.

“If you look at the timing of some of these announcements; pronouncements immediately after the vote from [Franz] Beckenbauer and [Michel] Platini and everyone else one after another, I am sure that these were ideas that had been discussed before,” Blazer told Reuters in an interview on Monday.

Australia, Japan and South Korea also bid for the 2022 tournament losing out to a heavily-financed campaign from the tiny but wealthy Arab country.

“The issue of the heat trouble were never addressed by the candidate … there was a certain incongruity to me that there are people who are really dedicated to their teams and to the sport who were not having any difficulty with the idea of playing in that level of heat on an ongoing basis throughout the tournament,” said Blazer.

“They very quickly, after the fact, made these statements saying ‘oh yeah let’s just switch.’ I have some level of difficulty with that.”

The American said that the change would run contrary to Fifa’s international calendar which took years to establish and would have a major impact on domestic football.

“The ultimate damage that we would be doing isn’t something that should be done without due consideration.”

The World Cups are traditionally held during the northern hemisphere’s summer months after the end of the domestic league competitions.

Some in the US media have called for a re-vote on the bidding process if the tournament is moved from its traditional June or July slot but Blazer said he was merely calling for wide consultation before making any change.

“If the thought is to move it to winter, we should do a careful analysis involving all the stakeholders, clubs, leagues, coaches, players, everyone and sit down and figure out what is the best thing to do because moving it to winter has serious ramifications,” said Blazer.

Fifa’s own bid evaluation report, carried out by experts who visited the proposed venues, stated in November that playing in Qatar in the summer months was a potential health risk but Blazer said no attention was paid to those findings.

“I think the process where we send people out to each of the venues, to do a comprehensive report and they come back and present that report and nobody asks any questions about it and nobody spends any time dealing with the issues of the report, certainly sells the reports short, or even ourselves short,” he said, adding that reform of the process should be on the agenda.

“Somehow we have to be certain that we take matters like that seriously into consideration, I’m not sure how we go about doing that — maybe the inspection gets a certain amount of weight, maybe votes get another weight. I don’t know, but we have got eight years to figure that out … before we vote on 2026,” he said. – Reuters