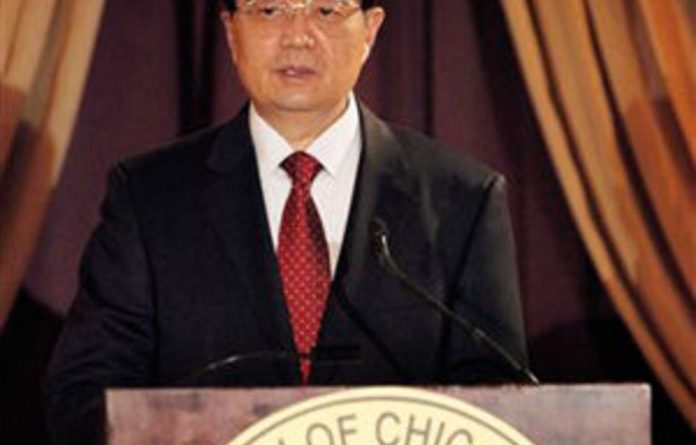 State television news channels gave blanket coverage to the ceremony of Hu’s state dinner and welcome at the White House, in a reflection of China’s desire for its leader to be portrayed as a valued and honoured player on the world stage.

Even the usually nationalistic tabloid the Global Times, not known for its kind words towards the United States, praised the trip as an “important contribution towards world peace”.

“The world should applaud Hu Jintao’s trip to the United States and the outstanding foresight of Chinese and American leaders,” it wrote in an editorial. “China’s and the US attitude has set aside numerous fears in the Asia-Pacific region.”

The official Xinhua news agency said the visit was “a historic masterstroke of China-US diplomacy with global significance”.

“Since their establishment in 1979, China-US diplomatic relations have witnessed numerous ups and downs. Thanks to the courage, wisdom and patience on both sides, cooperation has now become the defining theme of trans-Pacific interactions,” it wrote.

“Building on the same spirit, the latest Hu-Obama summit bears witness to the strategic foresight, political wisdom and global responsibilities of the leaders of the two great nations.”

Relations between China and the United States last year were strained over territorial issues such as US arms sales to Taiwan, an island China considers its own, a meeting between President Barack Obama and the Dalai Lama, whom Beijing reviles as a separatist, and differing claims to parts of the South China Sea.

The two countries clashed over human rights, the value of China’s currency, trade, investment rules and the Chinese regulatory environment, especially control of the Internet.

The United States has also pushed China to be tougher in helping to rein in Iran’s and North Korea’s nuclear programmes.

While Hu’s awkward answer to reporters’ questions about human rights was essentially ignored by Chinese media — hardly a surprise in a country that carefully stage-manages its leaders’ public image — there was some oblique reference to currency issues.

Hu did not publicly address this issue, which has angered many US lawmakers, who argue that China keeps its yuan weak to boost exports, costing millions of US jobs and increasing a trade gap that Washington puts at $270-billion.

Communist Party mouthpiece the People’s Daily said in a front page commentary on its overseas edition that the United States also had an obligation towards its own currency, especially as China is the world’s largest holder of US government debt.

“As the issuer of the world’s main reserve currency, the United States should adopt a responsible attitude and maintain reasonable stability in the supply of the US dollar, avoid the misuse of the dollar causing global inflation, economic imbalances and upheavals in financial markets,” it wrote.

Chinese bloggers were less kind about the visit, questioning who would pay for the $45-billion in deals signed and criticising Obama for treating Hu as a “god of wealth”, even as China struggles with inflation and widespread poverty.

“I was so angry when I listened to the news of Boss Hu’s visit this morning. Obama treated Hu as the god of wealth, but Hu cannot think like that,” wrote one user on Sina.com’s popular microblogging site. “Is there any god of wealth whose family is so poor or CPI [consumer price index] so high?”

“The Yankees are happy to have won this $45-billion order, but I’m wondering if this is money I have paid as tax,” wrote another. – Reuters