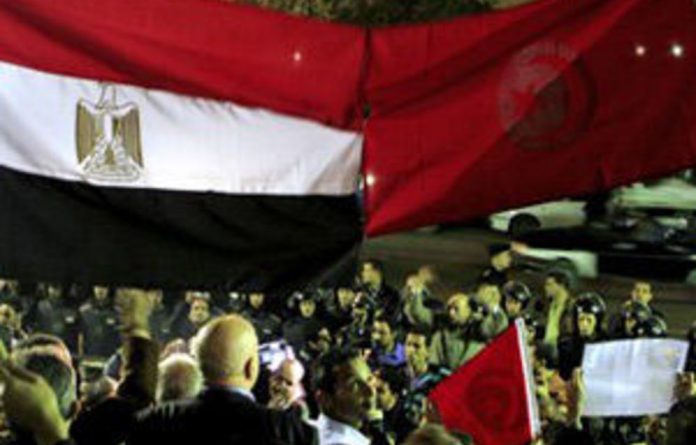 News of the latest act of self-immolation in Egypt reached Waleed Shamad while he was sitting in the bourse, a dense warren of outdoor shisha cafes tucked away in the back alleys surrounding Cairo’s old stock exchange.

An unemployed man had set himself alight in the middle of a busy street — the 12th such incident last week. According to a TV newsreader, the man, 35, had moved to the capital in the hope of finding work and saving enough to buy a home and get married, but lack of job opportunities had driven him to despair. “That could be a description of any of us,” said Waleed, pulling his scarf tighter against the cold. “These human blazes are coming so fast, it’s hard to keep track.”

Cairo is a city built for sunny days and balmy nights; come winter the wind can lash with a ferocious bite. But that has not stopped Shamad and his friends gathering for their late-evening tea on the pavement to talk through the day’s gossip: the Friday sermons devoted to Islam’s disapproval of suicide, new government restrictions on buying bottled petrol, and, of course, all the latest from Tunis — where developments have kept the group glued to al-Jazeera TV for days.

“We couldn’t believe our eyes,” grinned Shamad, recalling the sight of Tunisia’s ousted despot, Zine al-Abidine Ben Ali, fleeing a land he had ruled for 23 years. “I’m so proud of the Tunisian people. When you see a friend or brother succeeding in some great struggle, it gives you hope, hope for yourself and hope for your country.”

In common with two-thirds of Egypt’s population, Shamad has lived his entire life under the presidency of Hosni Mubarak, a key Western ally whose three-decade grip over one of the most pivotal states in the Arab world has looked marginally more shaky following the events in Tunisia.

At 27, Shamad — university-educated, getting by on scraps of informal work and still living at home with his parents — is part of a demographic bulge that accounts for 90% of the country’s unemployed, and whose simmering frustration, according to some analysts, could tip Egypt towards its own intifada — and unknown consequences for the rest of the Middle East. “Not having a regular job affects every aspect of your life practically and psychologically; almost everybody I know of my age is still unmarried and dependent on their families — it makes you feel hopeless,” he said.

Last year’s UN human development report for Egypt said many of the nation’s young people were trapped in “waithood”, defined as a prolonged period “during which they simply wait for their lives to begin”. “It’s not as if we want to sit here passively and accept the situation,” Shamad said. “But the instinct of our generation is to avoid the state, not confront it. I know that there are big demonstrations planned for next Tuesday, but we’re taught from birth to be fearful of the police. They know how to hurt you, and hurt the ones you love.”

Tuesday’s demonstrations will take the form of a nationwide set of anti-Mubarak protests, dubbed “revolution day” by opposition activists who hope that Tunisia’s uprising will embolden the vast number of individuals like Shamad and persuade them that the time is right to make their voices heard.

Pressure point
“In every neighbourhood in the country there is a pressure point which the government is afraid of and which will be brought to the surface on Tuesday,” said Ahmed al-Gheity (23) a doctor and one of the regional organisers of “revolution day”. On the event’s Facebook page, tens of thousands of supporters have posted comments suggesting Ben Ali’s departure could be the precursor for Mubarak’s downfall. “If Tunisia can do it, why can’t we?” read one. “We will either start living or start dying on 25 January.”

Weary of the formal political arena, where even superficial opposition parties now find themselves blocked off from legitimate avenues of dissent (last November’s blatantly rigged parliamentary ballot delivered a 93% majority to supporters of the ruling NDP), urban young Egyptians are instead carving out their own spaces in which alternative voices can be heard. If all 75 000 of those who have made an online promise to attend turn up on Tuesday, it will represent an organisational triumph. But such an outcome appears unlikely.

“At the informal level — blogs, social media — there’s been an explosion of political activity, entirely disconnected from the official mechanisms of government,” said Amr Hamzawy, research director at the Carnegie Middle East Centre in Beirut. Yet this dynamism has largely failed to spill on to the street, where Mubarak’s ubiquitous security apparatus still maintains near-total control. The only sector of society that has succeeded in physically occupying areas controlled by the state is Egypt’s beleaguered workforce, which has confronted the regime over a range of economic grievances and succeeded in extracting concessions.

“This is where the regime is most fearful,” said Gamila Ismail, a dissident politician who unsuccessfully challenged the NDP in the recent elections. “They don’t want the young, online activists with their political demands linking up and inspiring the labour force who are campaigning for a better standard of living. If youth in Cairo and Alexandria are connecting with Mahalla, then the government knows it is in trouble.”

About 96km of the capital, the textile town of El Mahalla el-Kubra has been the militant spearhead of an unprecedented wave of strikes and sit-ins sweeping Egypt over the last five years. In April 2008 a walkout by factory workers led to three people being shot dead by police.

The road to Mahalla passes through Cairo’s urban hinterlands, which bleed messily into the Nile delta and surrounding desert — here the high walls of fast-proliferating gated communities for the rich look down on the redbrick clusters of ashwa’iyat, informal slum areas that are now home to 60% of the city’s population. This is a clear window on to the hallmark of Mubarak’s reign — a colossal appropriation of land and capital by the political and business elite.

Young residents of the private compounds live in a parallel universe from their slum counterparts, but both share a basic detachment from campaigns for political change of the sort planned for Tuesday. “Of course, we are all excited about Tunisia; the people there threw off their shackles and I pray we could do the same,” said Mahmoud Abdel Halim (29) a construction worker. “But I don’t see how we could repeat Tunisia here. I haven’t heard about any protests, and even if I had it’s not like I can afford to stop work and go and get arrested.”

Solidarity
Off Mahalla’s main square, however, the picture was different. Last Friday a group of young people from across the delta was carefully preparing a series of Tunisian flags, pinning each to a short wooden pole. Others sketched out placards expressing Egypt’s solidarity with Tunisia and condemning government corruption, police torture and poverty. When about 50 of them took to the streets in the late afternoon, handing out pamphlets advertising the protests on Tuesday, they were met with a bemused but generally positive response.

“I’ve never been on anything like this before, although my brother’s friend was attacked by police back in April 2008,” said one 26-year-old motorcyclist. “Circumstances have got pretty bad now, and I think changing the big sharks at the top is probably the only way we can make things better. I’ll try and make it.”

Back in their fifth-floor offices afterwards, the activists whooped and high-fived each other. “Yes, it was very small, but it showed that other young people are receptive to our energy,” beamed Yasmeen Hamdy El-Fakharany. “I think 25 January will be a great success.”

Not everyone agrees. Another 112km north-west, in a wood-panelled Alexandrian coffee shop facing the Mediterranean, Hossam al-Wakeel shook his head angrily at the suggestion that his own organisation, the Muslim Brotherhood, was betraying the anti-Mubarak movement by refusing to participate in Tuesday’s “revolution day”.

“Will those coming out on Tuesday bring down the regime? I think not,” said al-Wakeel (23) a journalist. “The Muslim Brotherhood believes that change must come from below, that we must rebuild society layer by layer as part of a gradual process, not chase revolution and impose new leaders from the top.” Earnest, cardigan-clad and sporting a trim black beard, Wakeel explained why he had thrown in his lot with the only opposition movement that has the capacity to bring hundreds of thousands on to the streets — and yet persistently refuses to do so.

His vision of change in Egypt is far removed from that of the Tunisian-flag-waving activists in Mahalla. Yet both share a commitment to direct confrontation with the Mubarak regime, something which Cairo’s Shamad — despite his deep anger — still considers too risky. Young inhabitants of the ashwa’iyat and their gated neighbours also feel severed from any process of political reform, although, if a spark were to set off a mass mobilisation in the streets, there can be little doubt many would quickly join in.

It seems doubtful that protests on Tuesday will provide that spark, although anything could transpire on the day. But when the spark does come, there can be no doubt the country’s angry youth will be leading the way. – guardian.co.uk