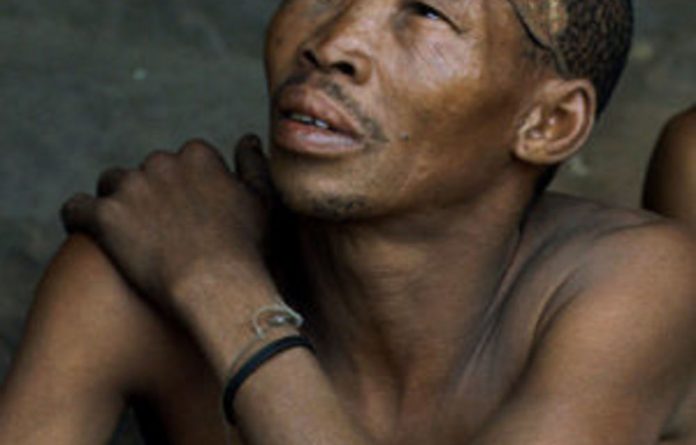 Botswana’s Court of Appeal has struck down an earlier ruling that denied Kalahari Bushmen access to water on their ancestral land, in a judgment that reportedly slammed the government’s treatment of the Bushmen as “degrading”.

The judgment represents a major setback for the Botswana government, which the Bushmen have accused of using access to water as a way of driving them out of the Central Kalahari Game Reserve.

The Bushmen had appealed against last year’s controversial high court judgment that prevented them from accessing a well that they rely on in the reserve.

According to the United Kingdom-based lobby group, Survival International, which has been providing legal support, the panel of five appeal court judges found that the Bushmen have the right to use their old borehole, which the government had banned them from using, and to sink new boreholes in terms of Botswana’s water legislation.

Ordering the government to pay costs, the judges also found that the government’s conduct towards the Bushmen amounted to “degrading treatment”.
Survival International described the ruling as “momentous”. It reported one of the appellants saying: “We’re very happy that our fights have finally been recognised. We’ve been waiting a long time for this.

“We pray that the government will now treat us with the respect we deserve.” After the government evicted them from the park in 2002, the Bushmen took the authorities to court.

Four years later they won a landmark ruling that the eviction was unconstitutional, and that they had the right of residence on their ancestral land.

However, the government reacted by banning the Bushmen from using a well which it had capped during the evictions, forcing them to travel outside the reserve to access water. This move was upheld last year by high court Judge Lakhinder Walia.

Further fuelling the controversy was the government’s drilling of new wells in the reserve for wildlife, while it also gave the nod to Wilderness Safaris to open a luxury tourism lodge.

The Basarwa say the government denies them all services – except policing them.
Read more
Africa

Botswana faces questions over licences for fracking companies in Kalahari

Botswana has been accused of sacrificing the Kalahari to commercial fracking while ignoring the concerns of access to scarce water.
Read more
Opinion

An exhibition contributes to the understanding of San history, but at what expense to authenticity?
Read more
Africa

Islamists fought protesters outside the Egyptian president's palace, while inside the deputy proposed a way to end a crisis over a draft constitution.
Read more
Africa

Crackdown in Botswana reserve ‘not about Bushmen’

Botswana police say they are targeting poachers, not Bushmen, amid claims of intimidation from a Basarwa settlement in the Kgalagadi Game Reserve.
Read more
National