Time for the AU to reflect 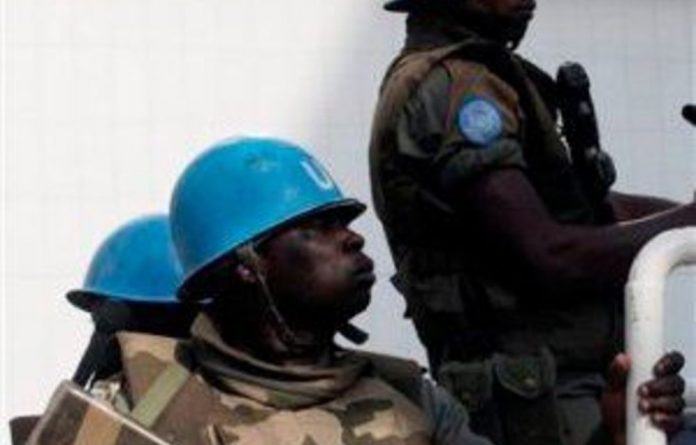 As African leaders prepare to meet for their biannual African Union (AU) summit in the Ethiopian capital of Addis Ababa on January 30 and 31, it is worth reflecting soberly on current and recent events in Côte d’Ivoire, Sudan and Tunisia.

Two presidents claim power in Côte d’Ivoire. A self-determination referendum may create a new state in South Sudan. A “cyber revolution” helped topple a fossilised autocracy in Tunisia.
What do these events portend for the future of a continent and what are their broader implications?

Starting in West Africa, Côte d’Ivoire has experienced a tragedy of errors that threatens a return to civil war. A creation of French colonial engineering, the country’s ethnic fault lines have been deepened by the xenophobic policy of “Ivoirité” that sought to exclude from political participation Ivorian northerners of Burkinabé descent.

The winner of the November presidential election, Alassane Ouattara, a former prime minister and urbane technocrat, is from the north and has a parent from Burkina Faso. He was previously excluded from the 1995 and 2000 elections, echoing efforts by Frederick Chiluba in 1999 to exclude Zambia’s Kenneth Kaunda — who had run the country for 27 years — from running for president because his parents were born in Malawi.

Laurent Gbagbo, who is from the south, won the 2000 Ivorian elections and is now clinging to power despite his apparent loss in last year’s poll. The irony is that France incorporated most of Burkina Faso into Côte d’Ivoire between 1932 and 1947 and they could easily have become one independent state.

France has historically treated Côte d’Ivoire as the jewel in its West African crown, maintaining a military base there and wielding enormous influence.

Only the presence of an 8000-strong United Nations (UN) peacekeeping force and 900 French troops has stalled civil war; the Forces Nouvelles rebels have controlled the north since 2002.
A major problem now is the proliferation of mediators, including Thabo Mbeki, who was removed by West African leaders as a mediator there by 2006, and Nigeria’s Olusegun Obasanjo, who sought to amend his own country’s constitution so he could run for a third presidential term in 2007.

Another mediator, Kenya’s Raila Odinga, compromised his neutrality early on by calling for Gbagbo’s departure. The Economic Community of West African States has foolishly threatened to use force, despite the presence of UN and French troops on the ground.

The united international opposition to Gbagbo’s attempts to steal the election has been impressive. Yet the pressure that forced feuding parties to negotiate governments of national unity after similarly flawed polls in Kenya in 2007 and Zimbabwe in 2008 suggests an inconsistent application of democratic principles. The hope is that this situation will not destabilise the region: Ghana is set to become a major oil producer, Liberia and Sierra Leone are emerging from a decade of civil conflicts, Guinea is trying to find stability after violence-fuelled elections last November and Nigeria, Niger, Liberia, Benin, Gambia and Cape Verde are all due to hold polls this year.

Elections in Africa should not become a way of waging war by other means and the link between economic enrichment and political office must be broken by strengthening systems of accountability and the private sector.

In the Horn of Africa South Sudan may soon become Africa’s newest state. This will only be the second time (after Eritrea in 1993) that a new state is born in post-independence Africa.
It is significant that both births were blood-soaked, taking place after armed struggles. Sudan also represents a case of diabolical colonial engineering, this time by British administrators who effectively ruled the north and south as separate entities and left a built-in advantage for the north at independence in 1956.

The often ruthless and repressive “Arab” rulers in Khartoum became the new colonial overlords of the country’s regions, eventually sparking rebellions in South Sudan, Southern Kodorfan, Blue Nile and Darfur, in which more than four million people have died.

Importantly, the role of external actors was critical in setting up the recent referendum in the South. The United States, backed by regional actors, pressed Khartoum into a peace accord in 2005 that would allow South Sudan to secede and, with China — the largest importer of Sudanese oil, ensured that 10 000 UN peacekeepers were deployed to the South and 26000 to Darfur.

The example of South Sudan should stand as a warning to repressive governments elsewhere in Africa that oppressed groups can pick up arms to seek to create their own independent “homelands”. In East Africa regional strongmen such as Ethiopia’s Meles Zenawi and Rwanda’s Paul Kagame abound; despite some progress in economic development flawed elections and political repression could lead to serious discontent among Amharas and Oromos, against a Tigray minority in Ethiopia and among a Hutu majority against a Tutsi minority in Rwanda.
In North Africa the 74-year-old president of Tunisia, Zine El Abidine Ben Ali, was toppled by the fabled “Arab street” after 23 years of autocratic misrule. The military now wields enormous influence in Tunisia. As demonstrations mounted, the former colonial power, France, at first offered to send security forces to Tunis, whereas the US had just approved $12-million in military aid to Ben Ali. Both soon withdrew their support from the sinking dictator. A long-standing regime was thus toppled by protests fuelled by discontent with corruption, unemployment and rising food prices.

This should be a cause of real concern for other regional emperors without clothes. Libya’s Moammar Qadaffi — the self-styled “King of Kings” — has sat on his throne for over four decades; Morocco’s young king, Mohammed VI, sits uncomfortably atop a toothless Parliament in an anachronistic political system; and Egypt’s American-backed octogenarian pharaoh, Hosni Mubarak, has ruled with an iron fist for three decades. Presidential elections are due in Egypt later this year, amid growing political opposition.

Meanwhile, Algeria’s 73-year-old leader, Abdelaziz Bouteflika (elected unopposed in 2009 and still backed by the military) has faced protests similar to those in Tunisia. Because Algeria was plunged into a devastating civil war after its military annulled elections that Islamists were poised to win in 1991, these protests could mean further instability.

As the leaders of the AU prepare to meet in Addis Ababa, they should reflect on the folly of these tyrannies.

Dr Adekeye Adebajo is executive director of the Centre for Conflict Resolution, Cape Town, and author of The Curse of Berlin: Africa After the Cold War (2010).