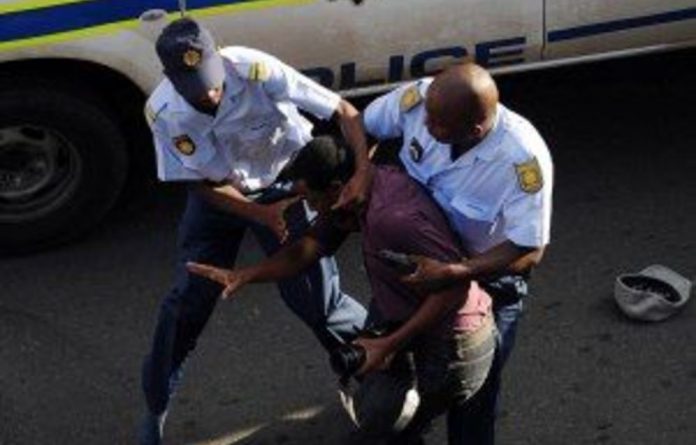 The Democratic Alliance (DA) on Monday condemned the assaults on two newspaper photographers by police in Bloemfontein and Pretoria, saying this had serious implications for freedom of the press.

DA police spokesperson Dianne Kohler-Barnard said she would write to the Independent Complaints Directorate (ICD) on Monday to ask for a full investigation into the treatment of journalists by the police.

“There is evidence of a growing problem,” Barnard said in a statement.

The Pretoria News reported on Friday that the attacks on its chief photographer Masi Losi and Volksblad photographer Theo Jephta were being investigated by the ICD.

Losi was physically assaulted on Friday while photographing two Pretoria central police station officers rescuing a suspected thief from a mob which was threatening to lynch him outside the newspaper’s offices in Vermeulen Street.

Jephta was attacked and then driven off by two police officers in Bloemfontein while photographing a group of pupils fighting in the city.

At the time, the officers were apparently sitting in their vehicle watching the fight. Jephta was released only after senior police officers in the Free State were contacted.

‘Dealt with by the highest authority’
Colonel Neville Malila told the Pretoria News that apart from the criminal case opened by Losi, an internal inquiry into the actions of the police officers was being conducted.

“No arrests have been made and the police officers have not been suspended. A case of common assault is being investigated and a full report will be sent to our disciplinary department tomorrow [Monday] for a decision on what action is to be taken,” he said.

“Once we have met them we will decide on what further action to take.”

The South African National Editors’ Forum (Sanef) and ProJourn have condemned the assaults and demanded the situation be “dealt with by the highest authority”.

Sanef said it wanted the police responsible charged and punished.

It said it had complained to Police Minister Nathi Mthethwa and Police Commissioner Bheki Cele on numerous occasions about the dozen or so incidents in the last 18 months.

Last year, Sunday Times journalist Mzilikazi Wa Afrika was charged with defeating the ends of justice and fraud, while an Eyewitness News journalist was forced to delete pictures he had taken of cars driven by President Jacob Zuma’s VIP unit.

“I hope a full investigation by the ICD will result in this situation getting the degree of attention it deserves,” said Barnard. — Sapa