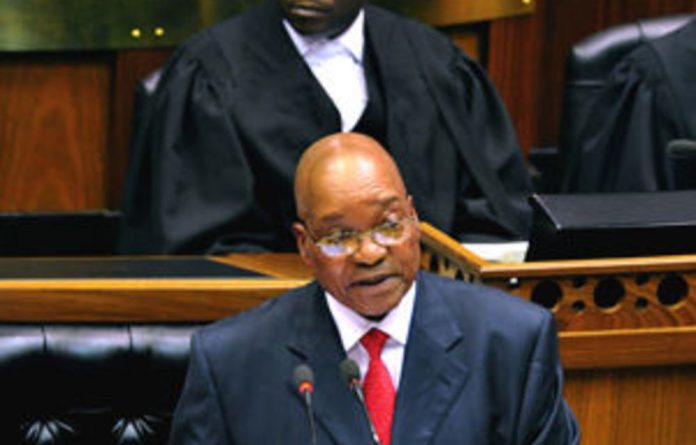 An environmental blind spot in President Jacob Zuma’s February 10 State of the Nation address has caused international concern about South Africa’s commitment to hosting the 17th Conference of Parties (COP 17) of the United Nations Framework Convention on Climate Change (UNFCCC), in Durban in late November.

Zuma failed to make any mention of COP 17, which some have dubbed “the diplomacy world cup”. Not one of the words in the president’s 5 169-word address was “climate” or “change” and, on the evidence of telephone conversations the Mail & Guardian has held with stakeholders, ranging from diplomats to bureaucrats and civil society leaders, it is clear the omission has caused widespread exasperation, not least because the cost of hosting COP 17 will run to hundreds of millions of rand.

“[UNFCCC] member states looked to the speech for clarity on which department is going to drive COP 17, the department of international relations and cooperation [Dirco], or the department of environmental affairs [DEA]. The indications are that Dirco will lead, but it has a limited policy framework for local organisation.

We’re also still waiting in suspense to hear who the president of COP 17 will be,” said one. Government spokesmen have met these concerns with a coordinated, information-conservative response.

“This country has hosted several international events before. We have the experience, we have the facilities and COP 17 will be a success. All the necessary preparations for COP 17 are already taking place,” said Dirco spokesperson Clayson Monyela.

Speaking from Durban, where the UNFCCC has just engaged the DEA about the needs of the conference, DEA spokesperson Albie Modise said, “Concern about the departmental leadership of COP 17 is misplaced. The only area I can say we need to take a firmer position on is the COP 17 president.”

Experience questioned
Many have anonymously voiced concern with the fact that Molewa has been the nation’s leader on climate change issues only since November last year. “People do question the minister’s experience, but be that as it may, the department made a very solid presentation on COP 17 and climate change to Parliament recently,” Morgan told the M&G earlier in the week.

In the absence of clear communication on the leadership of COP 17, a calming perspective has come from a surprising source: civil society. “Mexico had a very high-level team organising COP 16, including the respected former president of the UN Human Rights Council, Luis Alfonso de Alba, who was appointed special representative for climate change,” said Ferrial Adams, energy and climate change researcher with Earthlife Africa.

“This team went from country to country at a very early stage in COP 16’s development. However, what people need to remember is they had to do that because Copenhagen (COP 15) ended in complete distrust. The Mexicans had to make sure that something happened in Cancun,” she said.

“There is concern about readiness in South Africa, but I don’t think it should be expected to have one-on-one sessions with all the nations involved, because it isn’t dealing with the Copenhagen fallout. “I think things are happening and that the organisation of COP 17 is going ahead steadily, but in a toned- down way,” said Adams.

More than 100 individuals representing a broad spectrum of civil society attended a COP 17 planning conference in Durban on January 27 and 28. “It was an ideal opportunity for government to update civil society but, as always, they didn’t respond to our invitation,” said Adams.

“There’s thus a lot of vagueness about its plans for initiating and showcasing national and local environmental projects and programmes, among other things.

“The only real marketing is coming from the eThekwini Municipality and the department of tourism, which is presenting COP 17 as another world cup, another jamboree. “This is of great concern because it’s not; it’s about the consideration of serious matters that need to be resolved urgently.”