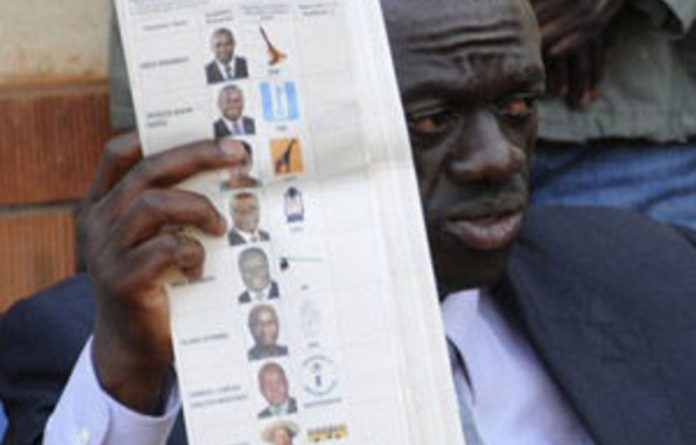 Veteran Ugandan leader Yoweri Museveni, in power since 1986, edged closer to a resounding victory in a presidential election the opposition said was fixed.

Provisional electoral commission results from more than 22 000 of the 23 968 polling stations counted handed Museveni 68% of the votes counted, with his arch rival Kizza Besigye trailing on 26%.

‘Corrupt’ environment
Besigye said huge sums had been used to buy votes, bribe polling agents, candidates in the simultaneous parliamentary election, and electoral officials. But he stopped short of categorically rejecting the result.

“It is now clear the will of the people cannot be expressed through the electoral process in this kind of corrupt and repressive political environment,” Besigye, a one-time close political ally of Museveni, told a news conference late on Saturday.

Both Museveni and his ruling National Resistance Movement made huge inroads into northern Uganda’s vote, the epicentre of a now fizzled out two-decade rebellion and traditional opposition stronghold, results indicated.

Results from the parliamentary vote showed more than a dozen Cabinet ministers including agriculture, education and internal affairs had lost their seats. – Reuters