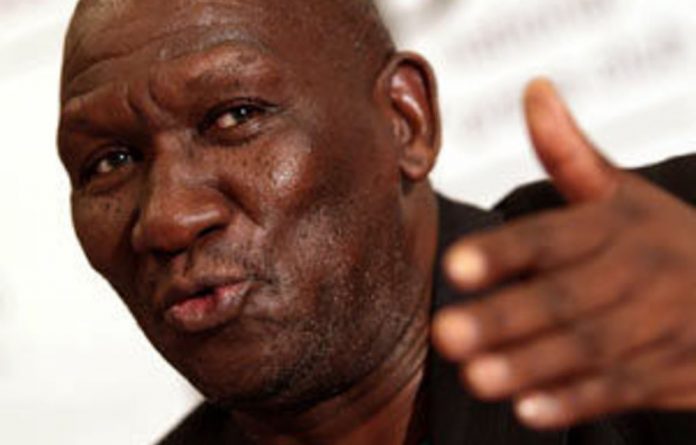 Public Protector Thuli Madonsela has slammed the South African Police Service (SAPS) and the department of public works for improper conduct and maladministration in the controversial procurement of a R500-million lease agreement for new police offices with businessman Roux Shabangu, calling the process “fatally flawed”.

Madonsela on Tuesday released a 90-page report on her investigation of the deal, titled “Against the rules”. The report found that the SAPS had failed to comply with the Constitution, the Public Finance Management Act (PFMA), Treasury regulations, and supply chain management rules and policies.

Speaking at a press briefing of the National Press Club held in Pretoria on Tuesday afternoon, she said: “The lease should not have been entered into as it did not comply with the validity requirements of the Constitution,” adding that the lease agreements entered into by the department of public works and the Roux Property Fund are therefore invalid.

‘Urgent steps’
Madonsela called on the National Treasury to urgently review the lease agreement between the department of public works and Roux Property Fund to determine whether the contract could be terminated.

She also called on the Treasury and the ministers of police and public works to take “urgent steps” to ensure appropriate action is instituted against officials who acted in contravention of the law. She said she was confident in the state’s ability and commitment to “do the right thing”.

Madonsela said she expects a disciplinary hearing and that the findings of that hearing will determine what happens to anyone found guilty of inappropriate action. “The departments must decide, together with Treasury, on the appropriate action,” she said.

Although the Public Protector may refer matters to the National Prosecuting Authority for investigation, Madonsela said she has not referred her findings for criminal action as there was no conclusive evidence yet that this was the case.

The Public Protector is yet to conclude a further investigation concerning the lease of another building in Durban. She said she expects to conclude a report on that matter in the next month, and that this investigation may shed further light on the matter.

However, Madonsela said that based on the evidence available, her office could not find evidence that an improper relationship between Roux Shabangu and the SAPS had motivated the deviation from the required tender processes.

The Public Protector’s investigation was conducted over five months and included interviews with officials from the SAPS, including the national commissioner, officials from the department of public works, and Roux Shabangu of Roux Property Fund.

Willie Hofmeyr, head of the Special Investigating Unit (SIU), said the SIU, which had assisted the Public Protector in her investigation, concurred with the findings made in the report.

Yusuf Abramjee, chairperson of the National Press Club, said the organisation had offered the office of the national commissioner the opportunity to respond to the report but that it had said it would need a few days to engage with it fully.