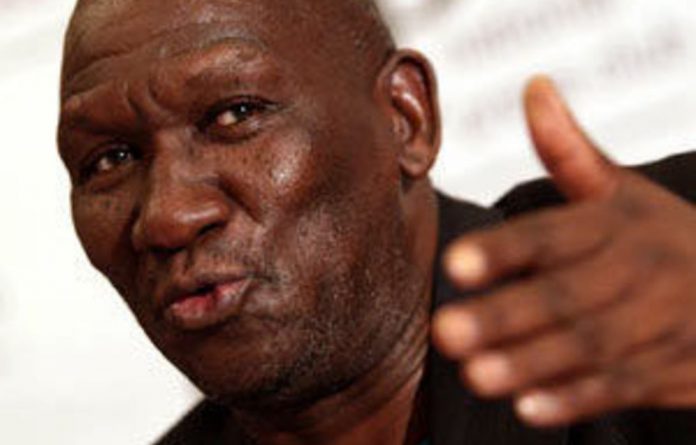 It is “opportunistic” for opposition parties to call for the axing of National Police Commissioner General Bheki Cele after the findings of a probe into a multimillion-rand lease agreement were announced, the African National Congress (ANC) said on Wednesday.

“We note that the violation of public administration laws, in terms of the public protector’s conclusion on the matter, does not necessarily amount to a criminal finding,” ANC spokesperson Jackson Mthembu said in a statement.

“It is, therefore, very opportunistic in the extreme for the Democratic Alliance (DA) and other opposition parties to call for the firing of National Police Commissioner Bheki Cele and Public Works Minister Gwen Mahlangu-Nkabinde, who should now be taking corrective measures to rectify any flaws in the lease agreement.”

Mthembu was reacting to calls from the DA for Cele to step down — or for President Jacob Zuma to fire him — after Public Protector Thuli Madonsela found him guilty of improper conduct and maladministration over the police’s authorisation of a R500-million lease for the Sanlam Middestad Building in Pretoria.

Madonsela initially referred only to “the accounting officer” of the South African Police Service (SAPS) as being guilty of improper conduct.

Asked who this was, Madonsela said Cele, as head of the police, was the accounting officer.

She found that the accounting officer of the public works department was also guilty of improper conduct and maladministration.

Mthembu said the ANC respected the Madonsela’s findings and called on all parties to take the “necessary corrective action in a manner that restores public confidence in our administration”.

Cele feels ‘vindicated’
Cele is set to respond to the findings at a media briefing in Pretoria on Thursday.

“The report … clears Cele of the defamatory allegations published in various media platforms since August 1 2010,” Mbatha said in a statement.

“The allegations were that he signed a lease agreement for this building.

“The Public Protector not only stops at finding that General Cele did not sign the lease for Middestad Sanlam Centre.

“She goes further and vindicates General Cele’s widely disregarded protestations that businessman Roux Shabangu … was a stranger to him up until their meeting in June 2010, when Middestad Centre Sanlam had already been selected by the department of public works as the building that the SAPS were going to move into.”

Last year, the Sunday Times reported that Cele had agreed to a R500-million lease agreement for the building in Pretoria with property tycoon Shabangu, allegedly without following tender procedures.

The protector investigated the matter at the request of complainant Paul Hoffman, who is director of the South African Institute for Accountability. — Sapa