Mama Africa goes with the flow 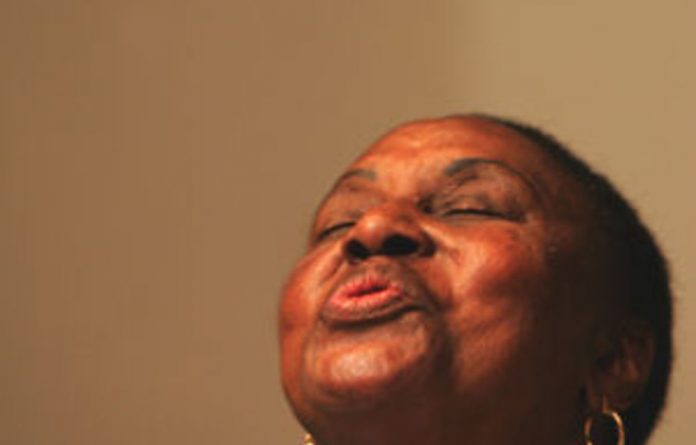 Mama Africa, a feature-length documentary by Finnish filmmaker Mika Kaurismäki, premiered at the Berlin International Film Festival recently. It is a beautifully shot documentary and a deeply moving account of Miriam Makeba’s life.

Kaurismäki, the director of LA Without a Map, has spent the past decade making music documentaries, and Mama Africa is the latest. He originally conceived of the film while Makeba was still alive but after she died Kaurismäki decided that the show must go on.

‘The film approaches Miriam Makeba from different angles — Miriam Makeba as an artist, activist, mother, grandmother and a human being,” Kaurismäki says. This makes it very different from previous documentaries about Makeba’s life.

The documentary starts out on familiar ground, recounting how Makeba spent her first six months in jail with her mother, who had been sentenced for brewing umqombothi, an African beer. This is followed by accounts of how she mesmerised Hugh Masekela, and Joe Mogotsi of the Manhattan Brothers, in the early 1950s. She and the Skylarks ‘were the best-dressed women in the country”, says Masekela.

The film then moves on to exile in New York and the Village Vanguard where she started off in the United States. Its owner, Lorraine Gordon, remembers her fondly and laughs when she recalls how Harry Belafonte whisked her off to greater things. ‘If I were Miriam, I would also have gone with Harry,” she says.

There is a magical rendition of Wimoweh from the 1960s and her equally mesmerising speech to the United Nations in 1963 calling for sanctions against South Africa. According to her grandson, Nelson Lumumba Lee, she liked to say: ‘I do not sing politics, I merely sing the truth.” The film ends with a recording of her telling a French audience just that — ‘Je chante la vérité.”

There are some surprises. Makeba revealed to one interviewer: ‘I don’t like Pata Pata. It’s a song with no meaning at all, about a dance called pata pata. I would have preferred another song to be popular.”

Another surprise was that, not only was she close to many African leaders, Makeba also counted one-time Israeli prime minister Golda Meir as a friend, something Masekela says is ‘the greatest paradox of Miriam’s life for me”.

But this friendship ended abruptly after her new husband, Stokely Carmichael, the Black Panther leader, made a scathing remark about Israel. And the day after her marriage to Carmichael, all her American concerts were cancelled. So in 1968 she left the United States with Carmichael for Guinea.

Two of her grandchildren died tragically there and in 1985 after the death of her only child, Bongi, she moved to Brussels. It was there that a young Sipho ‘Hotstix” Mabuse met her. Mabuse remembers that Makeba and Masekela accompanied him to the airport when he returned to South Africa. Makeba asked: ‘Do you ever think I’ll go home?”

Mabuse tells how this almost reduced him to tears because he knew that in an ideal world they all could have got on a plane and returned. He replied: ‘Mazi — soon.”

Masekela thinks she did not get the credit she deserved when she returned to South Africa from her decades in exile. He says ‘it broke her heart that the African unity she had prayed for and sacrificed so much for was not going to happen”.

But for her granddaughter, Zenzi Lee, ‘music is a healer”. She says that Makeba’s mother, grandmother and great-grandmother were all sangomas, and that sangoma ‘is ingoma” as well, which means song. Lee remembers their last conversation on the phone. Makeba told her: ‘I want you to take care of my home.”

Her band members recall her final concert in Castel Volturno in Italy in 2008. At the end of the show she turned to them and said: ‘Children, I have to go tonight, we’re not bowing.” Then she walked off the stage and collapsed.

Mabeka’s ashes were scattered off Cape Point, where the two oceans meet. As Lee explains: ‘She wanted to flow.”