From the presidency to ‘ice-cream mission’ to Zim 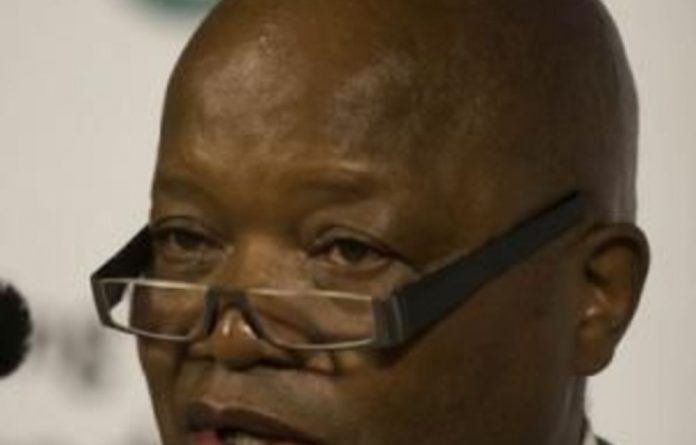 Vusi Mavimbela, the former director general in the presidency, will soon be the ambassador to Zimbabwe. He becomes the latest in a crew of political outcasts to be sent on ambassadorial missions abroad.

Noluthando Mayende-Sibiya, the fired minister for women and children and people with disabilities, will become the ambassador to Egypt, and axed labour minister Membathisi Mdladlana will go to Burundi.

Makhenkesi Stofile, the former sports minister, will be posted to Germany and Geoff Doidge, who was the minister of public service and administration, is being sent to Sri Lanka.

Mavimbela left the presidency less than 18 months after he started and no official reasons were given for his departure, although presidency insiders say he opted to leave the Union Buildings after senior officials blocked his access to the president. Others in Zuma’s office argue he was ineffective in the role.

His appointment to the presidency surprised many because of his allegiances with former president Thabo Mbeki and his previous position as head of the National Intelligence Agency (NIA). President Jacob Zuma is said to have appointed him to show he could bury the hatchet. But insiders say the plan backfired because other officials hampered Mavimbela’s work.

As ambassador to Zimbabwe, Mavimbela will replace Mlungisi Makalima, who has represented South Africa in Harare for five years. Mavimbela will be expected to assist the presidential envoy to Zimbabwe, Mac Maharaj, who has to monitor the situation in that country and ensure that a peaceful solution is reached.

Other postings
Others who have fallen from political favour and received ambassadorial postings include former presidential adviser Mandisi Mphalwa, who went to Russia after his and Zuma’s relationship soured, and former Western Cape premier Ebrahim Rasool, who was posted to Washington. Other Western Cape leaders received postings to Syria and Australia.

Rumours about ambassadorial postings are used in the ANC to blacken the names of leaders who are said to be ill-disciplined cadres because they refused postings. Former Western Cape leader Mcebisi Skwatsha was the subject of one such rumour — he was said to have been offered a posting to Kenya. “I can tell you that is a lie. I have never been offered an ambassadorship anywhere or by anyone,” Skwatsha said.

Northern Cape chairperson John Block is said to have been offered an ambassadorial position to Chile. But the ANC secretary in that province, Zamani Saul, vehemently denied any such offer had been made.

The department of international relations and cooperation said it was the president’s prerogative to appoint ambassadors and theirs to make it work. “He consults and informs the minister [Maite Nkoana-Mashabane] about them and she can advise him, but we understand that that’s our job,” an official said.

“We ensure that there is a very strong team to support the new ambassador. When we have one of these ice-cream missions, we send a strong number two [deputy ambassador] and install a strong team who can help when the ambassador becomes a bit wobbly.”

Officials in the department say career diplomats get the short end of the stick because accommodating political leaders who need to be shipped out means their own careers might never lead to ambassadorships.

“There are some of those guys sitting in the department with so much knowledge, but because they are not politically connected they don’t get a chance to go out on postings as ambassadors,” a junior diplomat said.

Change the names to rid SA of its colonial, apartheid past

I’m not carrying can for Nkandla, says former minister