SA spoilt for choice ahead of Dutch clash 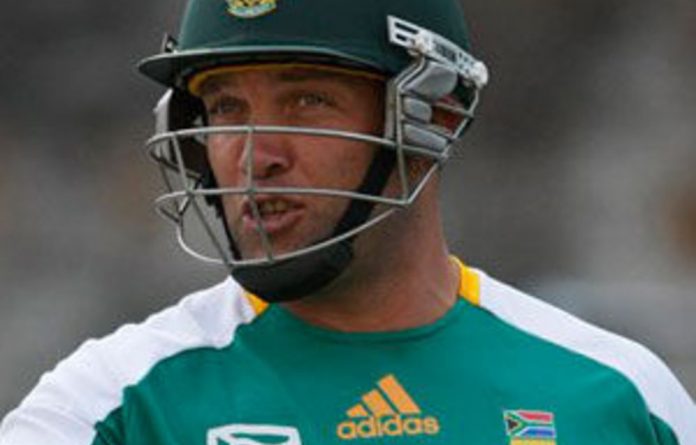 South Africa go into their clash against The Netherlands on Thursday with the enviable choice of a three-prong spin attack or mixing it up to boost their pace options.

The Proteas fielded three spinners in their World Cup opener against the West Indies in Delhi and the move paid off, with Pakistan-born leg-spinner Imran Tahir grabbing four wickets and off-break bowler Johan Botha taking two.

But South Africa also have genuine pace in their ranks in Dale Steyn and Morne Morkel, and have the option of Lonwabo Tsotsobe, who has taken 36 wickets in just 19 one-day internationals at an impressive strike-rate of 26,2.

“South African cricket has been categorised by many things during my 15 years, but it is fair to say that spin bowling has not been one of them,” Proteas all-rounder Jacques Kallis said.

“Fast bowling has been one of the cornerstones of our success. But now circumstances have changed and we have conviction and faith in our three spinners.”

Skipper Graeme Smith said the spin attack against the West Indies, which also featured the wicketless Robin Petersen, who bowls left-arm orthodox, had enabled Steyn to make an impact, taking three wickets in the seven-wicket win.

Flexible
He said he would stay flexible, pledging to reassess options ahead of The Netherlands clash, adding that paceman Tsotsobe, who did not feature against the West Indies, would play a major role at the World Cup.

After an impressive opening performance against England in Nagpur, The Netherlands were brought down to earth on Monday when they were crushed by the West Indies in New Delhi by 215 runs.

The star of the game against England was big-hitting all-rounder Ryan ten Doeschate, who scored a fine century, but the South Africa-born player could not repeat his heroics against the Caribbean side.

“The inconsistency is very frustrating,” said The Netherlands skipper, Peter Borren, after his side’s defeat against the West Indies. “We will obviously have to sit down and analyse what went wrong.”

“We certainly have more potential than what we showed against them [West Indies]. We have showed it in the past. Now we have got to forget this performance and look forward to the upcoming games,” he added.

Borren said more of his players needed to fire.

“The problem for us in the last game was that Ryan [ten Doeschate] batted well and in this Tom [Cooper] did a good job. But in both the matches there was not enough support for them. We need to play well as a team and that is the only way we can win.” — AFP