Aristide should be greeted with prosecution, not praise 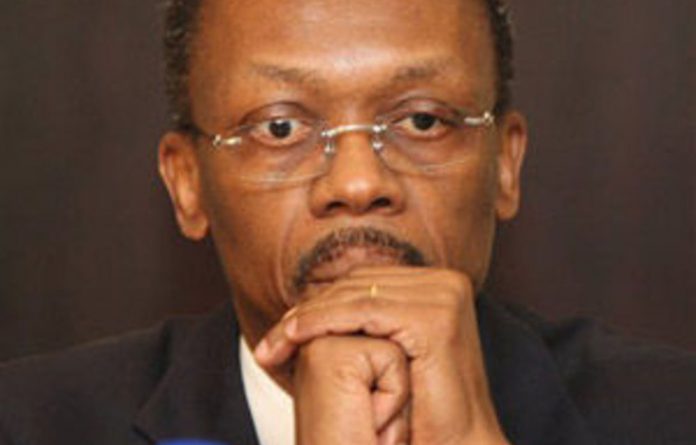 The indictment late last year by the International Criminal Court (ICC) of six prominent Kenyans for their roles in violence following that country’s disputed 2007 elections was a welcome sign for those seeking to hold politicians accountable for their crimes. Though the ICC has badly bungled what should have been its showpiece case — against the ruthless Congolese militia leader Thomas Lubanga — the Kenya indictments nevertheless represented a welcome extension of its continuing mission.

To those of us who have seen Haiti’s political convulsions first-hand over the years, that Caribbean nation makes a compelling case for attention by the ICC as perpetrators of human rights abuses often go unpunished or are even rehabilitated in subsequent governments. With one despotic former ruler (Jean-Claude Duvalier) having recently returned and another (Jean-Bertrand Aristide) announcing his intention to do so, one Haitian case, in particular, would seem tailor-made for the ICC’s attention.

In February 2004, in the midst of a chaotic rebellion against Mr Aristide’s government, the photojournalist Alex Smailes and I found ourselves in the central Haitian city of Saint Marc, at the time the last barrier between Aristide and a motley collection of once-loyal street gangs and former soldiers who were sweeping down from the country’s north seeking to oust him.

Several days earlier, on February 7, an armed anti-Aristide group, the Rassemblement des militants conséquents de Saint Marc (Ramicos), based in the neighbourhood of La Scierie, had attempted to drive government forces from the town, seizing the local police station, which they set on fire.

On February 9, the combined forces of the Police Nationale de Haiti (PNH), the Unité de Sécurité de la Garde du Palais National (USGPN) — a unit directly responsible for the president’s personal security — and a local paramilitary organisation named Bale Wouze (Clean Sweep) retook much of the city. By February 11, a few days before our arrival, Bale Wouze — headed by a former parliamentary representative of Aristide’s Fanmi Lavalas political party named Amanus Mayette — had commenced the battle to retake La Scierie. Often at Mayette’s side was a government employee named Ronald Dauphin, known to residents as “Black Ronald”, often garbed in a police uniform even though he was in no way officially employed by the police.

When Alex and I arrived in the town, we found the USGPN and Bale Wouze patrolling Saint Marc as a single armed unit. Speaking to residents there — amidst a surreal backdrop of burned buildings, the stench of human decay, drunken gang members threatening our lives with firearms and a terrified population — we soon realised that something awful had happened in Saint Marc.

According to multiple residents interviewed during that visit and a subsequent visit that I made to the town in June 2009, after government forces retook the town — and after a press conference there by Yvon Neptune, at the time Aristide’s Prime Minister and also the head of the Conseil Superieur de la Police Nationale d’Haiti — a textbook series of war crimes took place.

Residents spoke of how Kenol St Gilles, a carpenter with no political affiliation, was shot in each thigh, beaten unconscious by Bale Wouze members and thrown into a burning cement depot, where he died. Unarmed Ramicos member Leroy Joseph was decapitated, while Ramicos second-in-command Nixon François was simply shot. In the ruins of the burned-out commissariat, Bale Wouze members gang raped a 21-year-old woman, while other residents were gunned down by police firing from a helicopter as they tried to flee over a nearby mountain. A local priest told me matter-of-factly at the time of Bale Wouze that “these people don’t make arrests, they kill”.

According to a member of a Human Rights Watch delegation that visited Saint Marc a month after the killings, at least 27 people were murdered there between February 11 and Aristide’s flight into exile at the end of the month. Her conclusion supported by the research of the Réseau National de Défense des Droits Humains, a Haitian human rights organisation.

Following Aristide’s overthrow, several members of Bale Wouze were lynched, while Yvon Neptune turned himself over to the interim government that ruled Haiti from March 2004 until the inauguration of President René Préval in May 2006.

Held in prison without trial until his May 2006 release on humanitarian grounds, a May 2008 decision by the Inter-American Court of Human Rights found the Haitian state had violated the American Convention on Human Rights in its detention of Neptune, though stressed that it was “not a criminal court in which the criminal responsibility of an individual can be examined”. Neptune ran unsuccessfully for president in Haiti’s recent elections.

After being jailed for three years without trial, Amanus Mayette was freed from prison in April 2007. Arrested in 2004, Ronald Dauphin subsequently escaped from jail, and was re-arrested during the course of an anti-kidnapping raid in Haiti’s capital in July 2006. Despite several chaotic public hearings, to date, none of the accused for the killings in La Scierie has ever gone to trial. At the time of writing, Mr Aristide himself continues to enjoy a gilded exile in South Africa, his luxurious lifestyle and protection package bankrolled by South African taxpayers.

Frustratingly for the people of Saint Marc, far from being supported in their calls for justice, the events they experienced have become a political football among international political actors.

The United Nations independent expert on human rights in Haiti, Louis Joinet, in a 2005 statement dismissed allegations of a massacre and described what occurred as “a clash”, a characterisation that seemed unaware of the fact that not all among those victimised had any affiliation with Haiti’s political opposition.

The Institute for Justice and Democracy (IJDH), a US-based organisation, has lauded Mr Dauphin as “a Haitian grassroots activist”. The IJDH itself maintains close links with Mr Aristide’s US attorney, Ira Kurzban, who is listed as one of the group’s founders, serves on the chairman of board of directors and whose law firm, according to US Department of Justice filings, earned nearly $5-million for its lobbying work alone representing the Aristide government during the era of its worst excesses. By comparison, the firm of former US congressmen Ron Dellums received the relatively modest sum of $989 323 over the same period.

When I returned to Saint Marc in June of 2009, I found its residents still wondering when someone would be held accountable for the terrible crimes they had been subjected to. Amazil Jean-Baptiste, the mother of Kenol St Gilles, said simply “I just want justice for my son.” A local victim’s rights group of survivors of the pogrom, the Association des Victimes du Génocide de la Scierie (AVIGES), formed to help advocate on residents’ behalf, but have had precious little success in what passes for Haiti’s system, broken and dysfunctional long before January 2010’s devastating earthquake.

Though Mr Aristide remains something of a fading star for a handful of commentators outside of Haiti – most of whom have not spent significant time in the country, cannot speak its language and have never bothered to sit down with the victims of the Aristide government’s crimes there – to those of us who have seen a bit of its recent history firsthand, the words of veteran Trinidadian diplomat Reginald Dumas — a man who does know Haiti — seem apt, that Mr Aristide “[acquired] for himself a reputation at home which did not match the great respect with which he was held abroad.”

The ICC has sometimes been criticized for acting as if war crimes and crimes against humanity are simply African problems, taking place in distant lands. The people of Saint Marc, only a 90 minute flight from Miami, know differently. As Mr Aristide currently loudly voices his desire to return to Haiti from his exile in South Africa, doubtlessly transiting several ICC signatory countries (including South Africa itself) in the process, the case of the victims of Saint Marc is one admirably deserving of the ICC’s attention.