UKZN’s VC made ‘solemn oath to be impartial’ 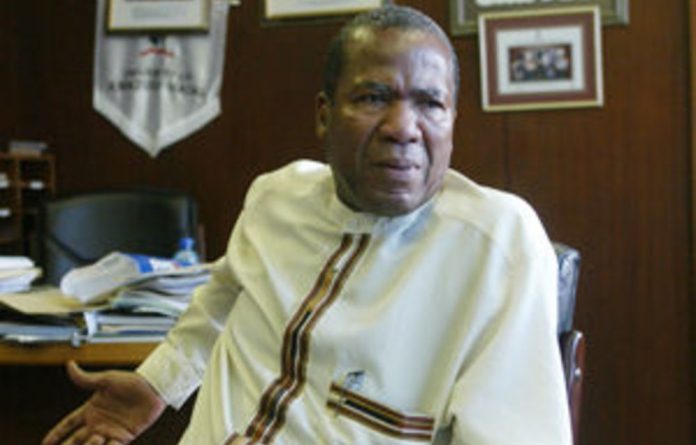 In David Macfarlane’s article “Authoritarianism just tip of iceberg“, he refers to statements made at the oral feedback given to University of KwaZulu-Natal (UKZN) staff by the chairperson of the Council on Higher Education (CHE) audit panel, Professor Martin Hall, on October 24 2008. He also attempted to solicit comment from the vice-chancellor of UKZN, Professor Malegapuru Makgoba, who correctly stated that the information was “confidential” and “was not actionable”.

What Macfarlane and the community at large might not be aware of is that Makgoba was a founding member of the CHE and is one who, with a few others, laid the foundation of the CHE’s higher education quality committee (HEQC), which manages institutional audits.

It is equally not often realised that, as vice-chancellor and principal, Makgoba is the only member of staff at UKZN who took an oath of office as integral to his position — I was present at his installation. This solemn oath, unlike signing a contract, is an act of conscience that he must carry through and it should fully guide him through difficult and impartial decision-making moments.

As a member of the UKZN audit panel, I signed a confidentiality agreement with the HEQC. However, it appears that Hall’s memory of this agreement has conveniently lapsed. The breach of confidentiality by Hall or any audit panel member constitutes a very serious matter to the process.

Prior to our arrival at UKZN we received a self-evaluation report and on campus the university gave us additional highly sensitive and confidential documents. The panel was also given unfettered access to the university at large. All this demonstrates that the institution accepted the guidelines and conditions as stipulated by the CHE. While there, we became aware of some of the internal disciplinary matters.

Hall and the staff of the CHE reminded us regularly that we, the audit panel members, were there to perform an audit according to a set of criteria and not to intervene in or interfere with or influence the internal processes of an autonomous institution.

Regarding the oral feedback at the end of our on-site visit, I acknowledge that we approved that the oral feedback be video-streamed to the other campuses but that under no circumstances should it be recorded. Audit panel members were instructed to leave any material pertaining to the audit behind and that once members submitted his or her particular input to the draft report all documents must be destroyed. Furthermore, in order not to compromise the audit process, members were also cautioned that discussions relating to information received during the audit must be limited to audit panel members.

The article in the M&G in which Hall publicly leaked information about UKZN suggests behaviour that is therefore inexcusable, unethical and goes beyond the realms of responsibility, accountability and honesty. I can only trust and hope that the CHE will address Hall’s breach of HEQC protocol and conduct.

I also found it interesting that Dr Caroline White’s article in the M&G coincided with the “revelations” from Hall. Are there some skeletons in a closet that we do not know of or do these individuals have hidden agendas? Are they “white liberals” who find it difficult to accept that institutional policies, although open for critique, must be adhered to?

Professor Renuka Vithal’s view that the audit report has “long past its sell-by date” might be partially true. However, my experience of on-site research, conducted on the merger and transformation at City University of New York (CUNY) with its 21 campuses during the late 1970s, is that this was still being debated in 2002, although with less heat and antagonism.

CUNY’s transformation and merger process are now positively viewed and understood, and are seen as foresight by the CUNY forefathers. My recollection is that there are many positive and constructive recommendations in the CHE audit report that UKZN should be proud of.

As to why the CHE twiddled its thumbs and did not address and resolve the matter speedily, this is of concern. Its non-action may have contributed to the unnecessary negative publicity that was levelled at UKZN and the vice-chancellor. However, each dark cloud does have a silver lining and I trust that the CHE has taken note and will ensure that future audits are executed with greater diligence and attentiveness.

Although the draft report has been withdrawn I believe that the experience for UKZN will assist the institution to plan and approve a growth trajectory of which it can be proud.

The Democratic Alliance said this week the CHE should account to Parliament for its decision not to publish the UKZN audit. “I call on CHE CEO Ahmed Essop to appear before the portfolio committee on higher education and training to answer questions regarding this untenable situation,’ the DA’s education spokesperson, Junita Kloppers-Lourens, said in a statement on Tuesday. — David Macfarlane

For readers views on the controversy at UKZN click here