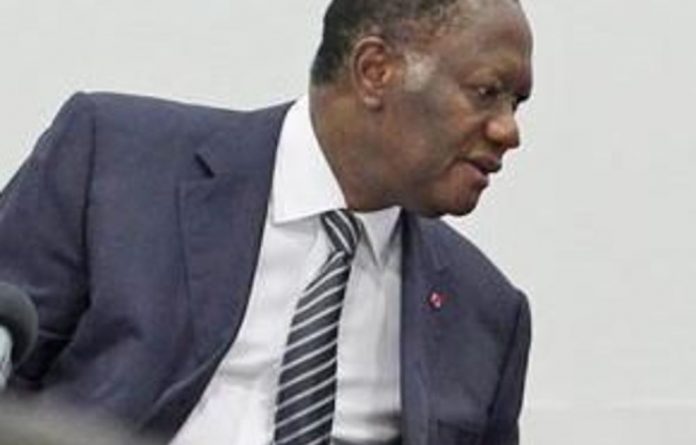 The government of the democratically elected president of Côte d’Ivoire confirmed on Monday that rebels allied with their leader had seized control of a nearly 50km corridor along the country’s border with Liberia following an intense weekend battle.

The seizure of Toulepleu on Sunday afternoon extends the gains made by the rebel army, which earlier had seized another town called Zouan-Hounien. Both towns have historically been controlled by Laurent Gbagbo, the country’s strongman who is refusing to cede power even though the country’s election commission declared opposition leader Alassane Ouattara the winner of the November 28 vote.

At the beginning of the three-month stand-off, Ouattara distanced himself from the northern-based New Forces rebels known by their French acronym, FN. His entourage argued that he did not want to be seen as having taken the country by force when he had won the election, according to both the country’s electoral body and the United Nations which certified his victory.

In recent weeks, however, his administration has acknowledged the role of the rebels who are making inroads including in the commercial capital of Abidjan, where a section called PK-18 is now fully under Ouattara’s control and where checkpoints are manned by young men who openly acknowledge being members of the FN force.

‘We have cut off Gbagbo’s rear base’
Ouattara’s defence spokesperson Captain Leon Kouakou Alla, a former captain in Gbagbo’s paramilitary police unit, said the town of Toulepleu is strategically important because it was from there that Liberian mercenaries were being recruited to fight for Gbagbo.

It was considered a difficult area to take because the town’s garrison includes a Katyusha rocket launcher capable of firing multiple rockets at a time.

“After yesterday’s combat, the republican forces loyal to the president of the republic took the town,” he said. “The recruitment of mercenaries used to be carried out from Toulepleu from a little place called Pekan-Ouebly … The importance of this is that now that we have occupied this place we have cut off Gbagbo’s rear base.”

There was no immediate response from Gbagbo’s camp. Saah Nyuma, the deputy director of the Liberia Refugee Repatriation and Resettlement Commission, said he heard the sounds of explosions coming from Côte d’Ivoire. At least one mortar shell fell on the Liberian side of the border during the fighting on Sunday.

Analysts fear Côte d’Ivoire’s political crisis following the disputed presidential election will spill over into a civil war that could reach across neighbouring countries. During Liberia’s civil war, Gbagbo backed the Model rebel group against warlord Charles Taylor, and there are persistent reports that Gbagbo has brought Liberian mercenaries to the capital to help him fend off an international force.

Ouattara has been recognised as the rightful winner of the race by governments around the world, but has been unable to leave the grounds of an aging resort hotel, where he is boxed in by soldiers loyal to Gbagbo.

‘Appalled’
The 65-year-old Gbagbo has indicated he will stop at nothing to hang on to power. Nearly 400 people have already been killed, most of them civilians who voted for Ouattara. Untold dozens have been “disappeared” by Gbagbo’s death squads, human rights groups say.

Last week, the army opened fire on an all-women’s march calling for Gbagbo to step down. A gruesome video of the killings which was made available to The Associated Press caused a shockwave when it was disseminated. At one point, a badly wounded woman attempts to lift herself up on one arm, only to collapse into a pool of her own blood.

“We were appalled last week when we saw the video,” said Assistant Secretary Johnnie Carson, the United States State Department’s top diplomat for Africa during a meeting with reporters in London on Monday.

“This is an attempted seizure of power by the leader who was thrown out at the ballot box and is using political thugs and thuggery to maintain his continued domination,” said Carson. “What we are trying to do through political and diplomatic pressure and economic sanctions is prevent a civil war.”

For the first two months after the contested election, Ouattara appealed to the international community, asking them to mount an armed intervention to oust Gbagbo. When it became clear there was little stomach for that kind of manoeuvre, the rebels allied with Ouattara began moving into the commercial capital, especially the Abobo and Anyama districts on the city’s northern fringe, both areas that voted in large numbers for Ouattara.

‘Respect the rules of democracy’
Fierce fighting broke out there late last month as Gbagbo’s military attacked Abobo with heavy artillery. There were so many bodies that the morgue could no longer put them all in refrigerated vaults and the Associated Press saw stacks of rotting corpses on the morgue’s floor.

But the neighbourhood helped by FN rebels as well as by soldiers that had defected from Gbagbo’s army fought back. An entire swath including all of PK-18 and most of neighbouring Anyama are now under Ouattara’s sway, with checkpoints manned by rebels and residents loyal to him.

Among the soldiers who quit the army and joined Ouattara inside the fortified Golf Hotel is the government’s new military spokesperson, Alla, a former captain in Gbagbo’s paramilitary police unit.

“I made a Republican choice. I did not choose a person,” he told the AP by telephone on Monday. “There was an election. There was a result. I am a soldier in the service of the Republic. And I decided that I needed to respect the rules of democracy.” — Sapa-AP