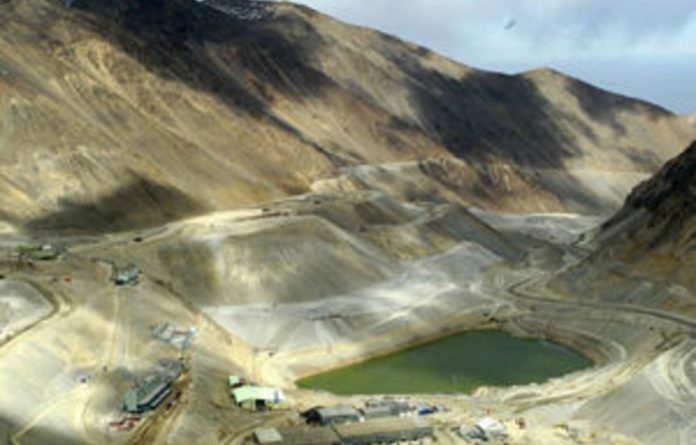 In spite of having the world’s largest in situ mineral resources by value, the South African mining sector has underperformed in recent years.

In the sevenyear commodities boom from 2001 to 2008, the world’s top-20 mining countries achieved an average mining GDP growth rate of about 5% a year. In the same period South Africa’s mining sector GDP shrank by 1% a year. Can we turn that abysmal performance around and cash in on the next boom, or are we likely to miss out once again?

There are many positives: the Fifa World Cup was a huge success and brought South Africa international acclaim. Meanwhile, the worst of the recession seems to be over, with South Africa emerging relatively unscathed. We also benefit from some sound institutions and relatively good relationships in our industry between government, labour, the private sector and traditional communities.

But there are dark clouds — if not active thunderstorms — on the horizon. Probably the most worrying of all is the way the issuing of mining and prospecting permits has been, and is still being, managed by the mineral resources department.

The granting of a prospecting permit over 21,4% of the mining lease area of the Sishen Iron Ore Mine to Imperial Crown Trading (ICT), a company with the highest political connections but almost no mining expertise, is cause for concern.

Steel company ArcelorMittal initially messed up by failing to apply for the conversion of its 21,4% undivided interest in the ore body. This remarkable lapse prompted Kumba Iron Ore, as the incumbent miner, to protect its business by applying for the mining right itself. Somehow during this process a prospecting right was mysteriously awarded to ICT.

The saga
As the Sunday Times pointed out: “Ownership of the licence is the subject of legal proceedings, but ArcelorMittal is not waiting for the outcome. It has gone ahead and announced it will buy ICT for R800-million — quite possibly the quickest R800-million ever made for signing a couple of documents.

“At the same time it has given ICT, and a few other consortium members, a R9-billion empowerment stake in the company. These include [Sandile] Zungu, [President] Zuma’s son Duduzane and the Gupta family, [non-South African] friends of Zuma and funders of a new ANC-linked newspaper.”

I await with trepidation the final outcome of this saga and it will leave me with a well of sadness if the integrity of our processes is sacrificed for short-term expediency, greed and political manipulation.

In a similar case in August last year London Stock Exchange-listed platinum miner Lonmin was ordered by the department to stop selling — with immediate effect — nickel, copper, chrome and any minerals other than the platinum group metals mined from the company’s operations. Keysha Investments 220 had been granted the rights to these minerals in May 2010.

The company is a member of the Houlgon Group, a family-owned investment holding company, of which Sivi Gounden and his wife, Vanessa, are the chairman and chief executive respectively. Gounden is a former director general of the public enterprises department and was actually on the board of Lonmin until October 2009. Following an outcry by Lonmin and the industry, the department’s order was rescinded but, for the average investor, the process pointed to a lack of security of tenure in South Africa.

Another blot on our mining landscape is the debacle surrounding the liquidation of the Orkney and Grootvlei mines. The short version of a very sad and protracted saga is that in 2008 the two mines, both going concerns, were taken over from Harmony Gold by Pamodzi Gold, which operated the mines for only a few months before running out of money. In April 2009 Pamodzi was placed under ­provisional liquidation.

Strange appointments
Controversial liquidator Enver Motala appointed Aurora Empowerment Systems as the preferred bidder for the purchase of the two mines. Aurora’s chairperson is President Zuma’s nephew, Khulubuse Zuma, and its chief executive is Nelson Mandela’s grandson, Zondwa Mandela. The appointment was strange as they knew nothing about mining, had no track record and, most importantly, had no money to back their bid.

The outcome was a predictable disaster. Mine workers have not been paid for months, there has been large-scale asset stripping of the mines and they are in a state of disintegration, with the prospect of recovery remote. Illegal mining started at Grootvlei and, following confrontation between Aurora’s security guards and the illegal miners, four miners were killed.

As Frans Baleni, the respected leader of the National Union of Mineworkers, said of the failure to act against Aurora: “This is how things are in a predator state. Laws do not apply to the political elite, who mercilessly ­fatten themselves off the economically destitute.”

I was privileged to be a member of the industry team that participated in the development of the original mining charter. The greatest disappointment in my career has been how far these events deviate from the intentions embodied in the charter. Change was essential in our industry, but that change was intended to benefit millions of previously disadvantaged South Africans, not just a few politically well-connected individuals.

Let me now turn to a very emotional subject: nationalisation. Very few well-informed people in South Africa take the prospect seriously but, for the investor from the outside contemplating numerous options on behalf of his principals, the question is: why risk long-term capital in a country if there is even the remotest chance of nationalisation?

My advice to the government and ANC leadership is this: take a policy stand against nationalisation and stick to it. While allowing the protracted debate on nationalisation under the guise of democratic discourse may appease Julius Malema it creates uncertainty in the minds of investors. Uncertainty means that investment capital destined for South Africa will find a home elsewhere.

Labour legislation
Another major concern is suggested changes to our labour legislation, with four new Bills that will tighten government and union control of the labour market. I find it incredibly naive and short-sighted of government to have as one of its targets the creation of five million jobs in the next 10 years and then to put all conceivable obstacles in the way of achieving the target.

South Africa does well on some key measures affecting investor confidence but, as a result of these and similar concerns, mining people and investors abroad with whom I have had discussions in the past year have consistently expressed concern over rising corruption, cumbersome regulatory systems, mafia-like business practices and cronyism.

Is there anything we can do about it? I think there is. First and foremost it is incumbent on each of us, whether we be in the private sector, government, or organised labour, to keep our own back yard in order. Ethical business principles must drive everything we do. Our corporate law and the King III principles of business and corporate governance are solid and practical and we deviate from them at our peril.

As corporate South Africa we should speak out. We should actively support government where it is doing well, but we should vehemently voice our disagreement when it gets things wrong or oversteps the bounds of propriety. I have been more than a little disappointed in the past few years to see how business, either as individual companies or in collective forums, remains muted in its criticism of government and its institutions, even in the face of gross transgressions.

Moreover, as corporate South Africa and as individual citizens we should insist on action. The concept of public-private-sector initiatives remains attractive in many areas such as transport, power generation or water reticulation, and we should find common ground with government in this regard.

We should all train, train and train. I firmly believe that training is the best method of empowerment. I dream of the day when our education system becomes fully functional and when all companies consistently spend between 5% and 10% of their wage bill on training and development.

I work hard to remain optimistic about the future of South Africa and believe it can continue to be a great investment destination. But it will require enormous effort and a commitment by all to do business in a way that will make investors comfortable and enthusiastic about the wisdom of their investment.

Con Fauconnier has held numerous senior positions in the mining industry, including chief executive of Kumba Iron Ore and Exxaro Resources. He is a non-executive director of Xstrata and honorary professor in the engineering, built environment and information technology faculty of the University of Pretoria. This is an edited version of a speech he gave on February 7, marking the 50th anniversary of Tuks mining