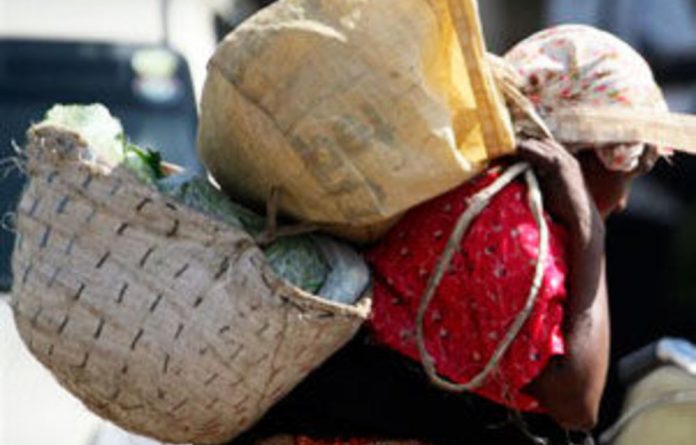 A couple weeks ago while crossing the Tanzania-Kenya border, I overheard a man teasing a cross-border trader that she was not likely to get married because of the nature of her work.

This statement was not really a joke, regardless of the innocent manner in which it was made. It was a manifestation of deep-rooted stereotypes about women who engage in cross-border trade.

This week marks 100 years of International Women’s Day with a theme that mentions the need for a pathway to decent work for women. Despite the fact women cross-border traders make huge contributions to African economies, their path to decent work is still strewn with difficulty and danger.

Throughout Africa these women are not respected and there is a perception that because they cover long-distances and spend nights away from their families, they are prostitutes or of base character.

Others see them as divorcees, dangerous, or users of witchcraft. All these perceptions reinforce the belief that someone engaging in such trade does not fit the “good woman” stereotype.

Stereotypes
This perception is not just an East African phenomenon. In most African countries, these stereotypes seem to give a licence to members of society to subject cross-border traders to gender-based violence with impunity. Sexual harassment, rape and abuse of women cross-border traders by police and customs officials go unpunished on many regional borders, including Kenya-Tanzania, Zimbabwe-South Africa, Zambia-Zimbabwe and Malawi-Mozambique.

A recent United Nations Development Fund for Women report surveyed 700 cross-border traders in Southern Africa and found that most women traders had reported sexual abuse and harassment. This exposes women traders to HIV infection and other sexually transmitted diseases, yet nobody seems to take action.

And although there is little data on this subject, what is known is that women cross-border traders play a huge role in the economies of Southern African Development Community (SADC) countries. Some estimates put their contribution to intra-SADC trade as high as 40% — about $17,6-billion per year. This doesn’t include the other massive contribution they make to national coffers through taxes, licence fees and duties.

What is disturbing is that many of the above attitudes have percolated through government institutions directly responsible for ensuring the well-being of these women. Rarely do these institutions integrate women traders in programmes geared towards improving regional trade, although as many as 80% of those involved in informal trade in Africa are women.

National governments, regional bodies and most civil society organisations rarely educate or empower these women with knowledge on how they can participate meaningfully in regional trade.

Likewise, the contribution of these women in rearing educated and healthy children — a large ingredient for achieving the Millennium Development Goals — is never accounted for.

Failure to recognise these efforts and these women as key players has major implications.

As African countries — either in SADC, the East Africa community or elsewhere — make huge strides through regional trade policies, these women have no voice or stake in something so important to their lives.

This is confirmed in Masheti Masinjila’s 2009 study, “Gender Dimensions of Cross Border Trade in the East Africa Community”. She found that women who were interviewed showed little knowledge of the East African community customs protocol, and those who did had little motivation to use it to facilitate trading activities.

Proximity to power
Meetings to sensitise the business communities in these countries have rarely benefited women traders. The main players are men who enjoy greater proximity to power and have the capital to access unlimited resources, which gives them a major competitive edge.

With this, men are able to take advantage of economies of scale and sell their products at lower prices, undercutting small-scale women traders who lack such resources.

It is because of this exclusion that many women traders see the opening of borders as a threat rather than a development opportunity. Programmes to educate and reassure these women are non-existent.

There are also few specific programmes designed to help transform these women from petty traders to major players in regional trade. Most banks avoid them, arguing that they lack collateral and engage in risky business.

Yet the majority of these women, by virtue of their outstanding experience in the difficult business terrain, could likely produce better results if enabled to take advantages of such trade.

Masinjila established that 44% of the women in her study had completed secondary education. If properly educated and sensitised on regional trade instruments, they would surely have the ability to appreciate the implications of better trade.

Without such interventions, these women will continue to live anything but decent lives. As victims of societal stereotyping, institutional sexual harassment and governmental neglect, their current plight is certainly not a story to celebrate this International Women’s Day.

Arthur Okwemba is a journalist with the African Women and Child Feature Service in Kenya. This article is part of the Gender Links Opinion and Commentary Service special series for 100 years of International Women’s Day.

Focus on the tricks of trade, hears SADC