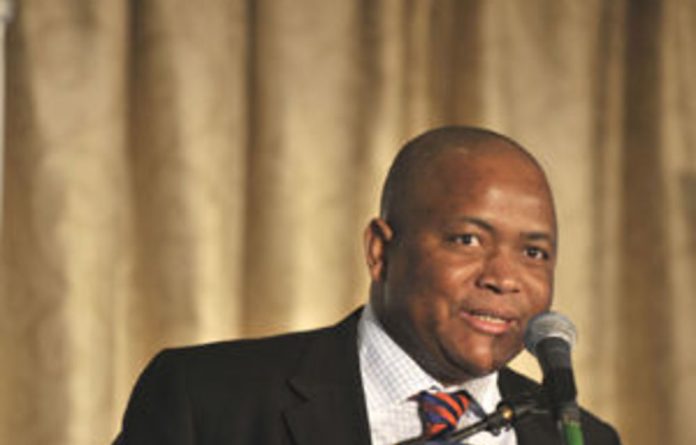 The chairperson of the South African National Parks board, Kuseni Dlamini, has been caught up in the row over plans for luxury hotels in the Kruger National Park — he has been accused of a conflict of interests.

An email sent to the chief executives of leading conservation NGOs this week pointed out Dlamini’s connections to the 120-room Radisson Blu Safari Resort, scheduled to open its doors in the south of the park near Malelane in 2013.

Dlamini is a non-executive director of Mvelaphanda Group Limited, which is partly owned by Mvelaphanda Holdings. The Rezidor Hotel Group, a Swiss company that is developing the hotel near Malelane, earlier this month extended its partnership with Mvelaphanda Holdings to cover the management of all Rezidor hotels in South Africa, Lesotho and Swaziland.

Conservationists are opposed to the Malelane hotel. They say an environmental impact assessment was commissioned about six months after the contract was awarded and there was not sufficient public consultation.

Salomon Joubert, a former Kruger Park warden, said this week that the development and the proposed conference lodge in the park’s main camp, Skukuza, exceeded SANParks’ mandate under the Protected Areas Act to “provide spiritual, scientific, educational, recreational and tourism opportunities which are environmentally compatible”.

Mvelaphanda Holdings, founded in 1998 by Tokyo Sexwale, Mikki Xayiya and Mark Willcox, came under attack last year for its shareholding in Coal of Africa, the Australian company that is driving a controversial mining venture near the world heritage site at Mapungubwe National Park. Xayiya is also executive chairperson of the Mvelaphanda Group.

Shares diluted
Ernst Röth, the Mvelaphanda Group’s chief financial officer, said the company was being unbundled and Mvelaphanda Holdings’ share in the group had been diluted from 51% to 18%. “There is no trading relationship between the two companies. As far as the group is concerned, these things don’t get discussed at exco [executive committee] or board meetings,” he said.

Dlamini referred the Mail & Guardian questions to SANParks. His CV includes a long history in the mining industry and in March 2008 Miningx selected him as one of the top 100 most influential people in South African mining. He is currently chief executive of Old Mutual South Africa and emerging markets.

Conservation NGOs did not comment this week on the email about Dlamini, which was circulated anony­mously, but they have raised concerns in the past about the impact of overcrowding from the proposed hotels in the country’s flagship reserve. “Speculation is rife that hotels at Skukuza and Malelane are not the end of the line in the planning of SANParks. Orpen and Phalaborwa have been mentioned in this regard, though speculation has officially been denied,” Joubert said.

Joubert, Kruger’s warden from 1987 to 1994, said developing hotels in the park appeared to be a reaction to threats by the government to withdraw R170-million of its subsidy to SANParks over the next three years.

“What if the currently proposed developments do not result in financial sustainability? How many more hotels? What next — casinos?” he said. David Mabunda, SANParks’s chief executive, said the hotels had nothing to do with treasury cutbacks. They had been part of the organisation’s long-term sustainability strategy since 2001, which included measures such as introducing conservation fees, the commercialisation of private lodges and international fundraising.

The hotels would be ecologically sensitive, with a smaller footprint than that of traditional Kruger rest camps, he said. “The planned Skukuza conference lodge, which will have 120 units — a similar size to Mopani rest camp — will have a footprint of less than 1,5 hectares. Mopani, with its 102 chalets and family cottages, plus four-bedroom guesthouses, sprawls over 70 hectares of hilly terrain.”

Revenue generated from the Kruger and four other “profitable” national parks supplemented 16 other parks, he said. SANParks’s options were to push up prices or to diversify its product offerings.

“The ‘hotel allergy’ is an antiquated school of thought, crafted, shaped and advocated by the ‘purist’ ideology to conservation,” Mabunda said.

This story was produced in partnership with Pulitzer Center. Details of the land claim settlement for MalaMala, one...
Read more
Analysis

It was a helluva week, particularly after my cellphone died. But I found an old phone number for Gwede
Read more
Special Reports

'There are 80-plus other parks across South Africa I can visit with my Wild Card, symbolically for free'
Read more
Advertising
Continue to the category
Education