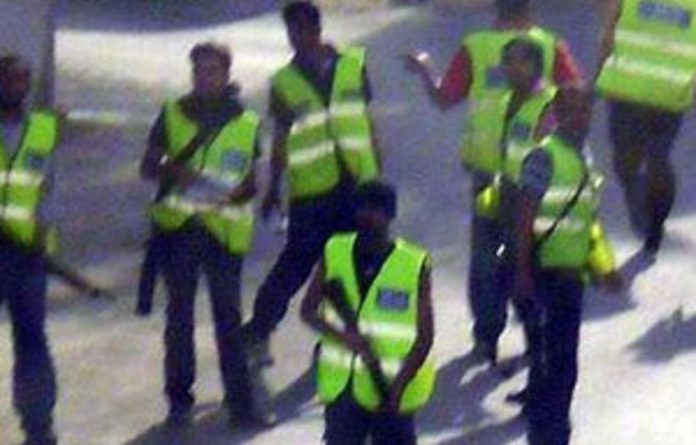 Helicopters flew overhead and riot police fired teargas as they moved into Bahrain’s Pearl Square early on Wednesday to clear protesters camped out there for weeks, a Reuters witness said.

Protesters threw petrol bombs at police who advanced in thick lines from the Bahrain Financial Harbour, the main financial district of the capital Manama, firing dozens of rounds of teargas.

Helicopters buzzed overhead as youths ran towards police in waves and scattered when new rounds of teargas hit.

The security operation came a day after Bahrain’s king declared martial law as his government struggled to quell an uprising by the island’s Shi’ite Muslim majority that has drawn in troops from fellow Sunni-ruled neighbour Saudi Arabia.

It was not clear if Gulf Arab forces invited in by the government for support were involved in the operation.

The United States, a close ally of Bahrain and Saudi Arabia, has called for restraint in the island kingdom, home to the US Navy’s Fifth Fleet.

It dispatched US Assistant Secretary of State Jeff Feltman to Bahrain to push for dialogue to resolve the crisis.

Thousands of protesters have been camped out in Pearl roundabout during weeks of protests. On Sunday, they overwhelmed police and blocked off a main thoroughfare leading to Bahrain Financial Harbour.

Metal barricades and piles of rocks have blocked the main road since and most shops in Bahrain have been shut.

Over 60% of Bahrainis are Shi’ites who complain of discrimination at the hands of the Sunni royal family. Calls for the overthrow of the monarchy have alarmed the Sunni minority, which fears that unrest could serve non-Arab Shi’ite power Iran. – Reuters