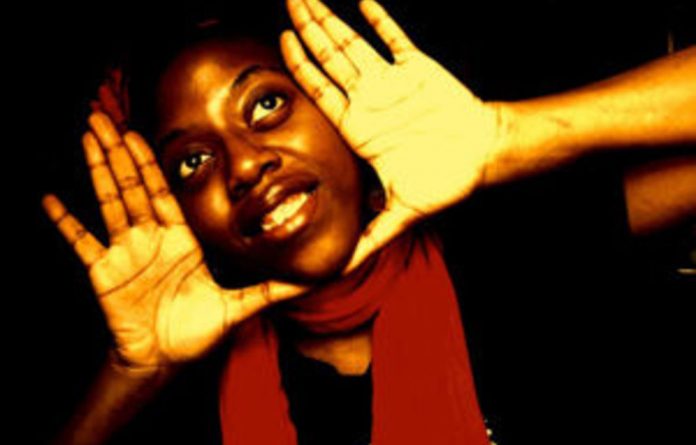 It was when I was 15 that I remember completely disowning something African for the first time.

My high school English teacher had given us the task of coming up with a poetry project that entailed analysing the life and works of one poet. Completely stuck and uncertain about how to go about the assignment, I approached my teacher.

“Why don’t you consider looking at some of the works of an African poet, then?” she asked me, after I’d walked her through my challenges with Keats, Shakespeare, Seamus Heaney and Ted Hughes. To say I felt exasperated would be understatement. I felt shattered that she thought my efforts would best be served by looking at some poet whose works we’d never studied before, a poet from an impoverished continent whose verse I imagined would be equally lacking. Surely there was some contemporary Western poet who could fit the bill better, I thought to myself.

More than 10 years later, I’m ashamed to admit that these thoughts then coursed freely through my mind. But I can’t deny them because for many years my identity was based on deficient ideas of what being African meant and means to the diverse people of this lovely continent.

After attending a predominantly black government primary school in Bulawayo, Zimbabwe’s second-largest city, I went on to a private girls’ high school in the same city. By then, 1997, the racial make-up of the school was beginning to change after an era during which one might have been excused for thinking that the school was located in some semi-rural English county.

My first-form class comprised 28 students — 18 were white, eight black and two were of Indian descent. Just a few years previously, you wouldn’t have counted more than five black girls to each class of 28. I suppose the shifting demographics had something to do with an emerging black middle class and the beginning of what would eventually become the mass exodus of white Zimbabweans.

Insular environment
In assembly announcements every now and then we’d hear that one farming family or the other was leaving the country to resettle in Australia or England. We didn’t think deeply about their motivations or perceive what was to follow towards the millennium’s end. But whatever the reasons for the growing number of black girls in our school, we still remained a minority within this insular environment that cordoned us off from the reality of our country, a country in which white people, constituting less than 10% of the total population, were beginning to be vilified more vociferously than ever before in the post-colonial era.

Please don’t think that I regret my education. I don’t. I know I was privileged to have access to myriad experiences and resources that I might not have been able to experience within a different setting. But an older, wiser, more critical version of myself looks back, with remorse, at the earlier self that entertained the idea that African literature, philosophy, politics and history were disciplines so undeserving of my attention that they did not warrant my investing any time or interest into them.

Just so you know, I chose Robert Frost for my project. And I still remember the pretty bound booklet I produced, its front cover vivid indigo and its back a burning scarlet. I still recall the gold glitter sprinkled over newly spread glue, an extra touch to complete the richness of an assignment I had worked doggedly on, trying my hardest to conceptualise evening snow falling on woods and other things I couldn’t quite relate to.

How much more would I have related to this task if I had chosen to do an analysis of a local Zimbabwean poet such as Chenjerai Hove or Musaemura Zimunya or the late Julius Chingono, all of whom wend such deeply personal local themes into their poetry, I have often felt the hairs on my skin rising in an ovation for their atmospheric writing.

But I would learn that these literary legends existed only when I became a 19-year-old who had hatched out of the cocoon of that unreal world. In the six years of my high school education, I recall studying only two African novels. One was Chinua Achebe’s Things Fall Apart, which should come as no surprise.

Avoiding reality
Across that whole education system, there seemed to be a concerted effort to avoid confronting the reality that played itself out beyond the fenced and walled confines of our anachronistic establishment. Zimbabwe’s colonial history was omitted from our syllabus, the explanation for this being that it could flare up wounds that were nicely healing. The recommended reading list our teacher gave us as voracious 14-year-olds featured nothing African or Asian, just good old-fashioned classics such as Little Women, The Secret Diary of Adrian Mole Aged 13¾ and The Lion, the Witch and the Wardrobe.

After all, ours was an education that was gearing us up to become international citizens. Privately schooled young Zimbabwean adults hardly ever stay in the country beyond their school-leaving exams — the vast academic expanses of South Africa, Australia, the United Kingdom and the United States open up to take them in. So maybe I shouldn’t really be complaining. But I am.

I’m not complaining because I was one of the black “minority” who now feels hard done by for having read my first Zimbabwean novel at the age of 19. I’m not bitter because after writing so many poems about fields of lilies and carpets of verdant grass, trying to superficially impose the tum-ti-tum-ti-tum beat of iambic pentameter on to my poetry, I found the poetry most real to me in one verse I read at age 20: “Some of my worst wounds / have healed into poems. / A few well placed / stabs in the back / have released a singing / trapped between my shoulders.”

Lorna Goodison, a black poet like me, finally spoke to me in the way that no other poet had spoken in those setwork anthologies that I analysed out of mere necessity.

A few weeks ago I gave a talk to some English literature students at Leeds University in the United Kingdom about my history, about how I am constantly playing catch-up to my peers when it comes to understanding the nuances of our history and the richness of our literature. That’s not to say that I read all things Zimbabwean and African and appreciate them wholesale. I have my own views on things, my own favourite styles, my own tastes.

One participant at the talk, an African man, asked me if I wasn’t losing my “authentic” roots by admitting with such self-assurance that I was still looking for the right ones. I told him that that was part of the magic of being me — a sapling constantly being transplanted into different soils, moving along, learning, growing.

And yes, I still adore Western literature, but just as with African writers I am selective, perhaps more selective than I was allowed to be as an adolescent. The poetry that I write today is authentic. It is the reflection of the person that I am and am becoming — a contemporary, searching, speaking African woman who regrets nothing of her history because it has helped me to adore my African identity even more.

Still, I hope for reform in the private-school education system of my country. The condescension it inculcated towards ourselves bred condescension from others. Also, preparing young people to become international citizens only truly works if they also understand where they come from. Otherwise they become claimless nomads and eternal stutterers before that question so often asked by those who wish to understand their context better: “Tell me a little bit about where you are from.”

I am from Zimbabwe, from the parts largely concealed from the public’s gaze and from the free and open spaces where I am allowed to explore who I am. I am from the two halves that don’t quite make me whole, because I never will be.

Fungai Machirori’s poetry is published in Sunflowers in Your Eyes, an anthology of four contemporary Zimbabwean women poets

In the name of beauty