The music of Everyman 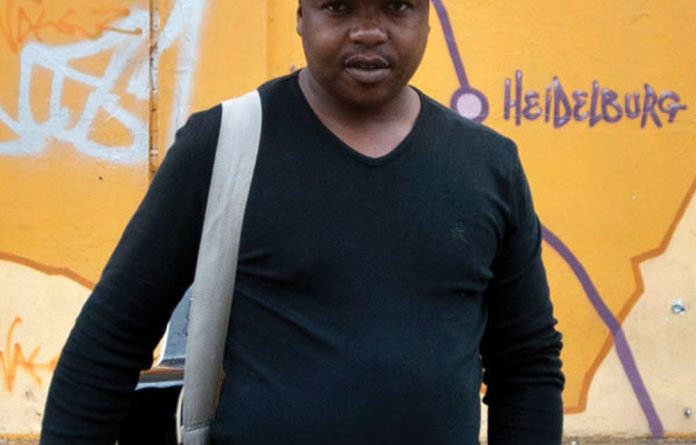 One noisy night, months ago, in the company of a friend, I got a ride in Andrew Mabandla Zwane’s metered taxi, a white Volkswagen Jetta 3. Playing in the background, so loud we might as well say in the foreground, was a maskandi CD to which the working driver was singing along.

This is normal. To generalise, people think their choice of music is cool and everyone else should listen with them. But what struck me most was how Zwane was drawing our attention to his singing, almost as if he was daring us to make a connection.

By the time we got to our destination, he had told us this was the debut CD, recorded by him and his collaborator, a gardener and amateur photographer called Tholamandla Nzimande. The CD, which came out late last year, is titled We Taximan (the ‘we” is not the plural pronoun but an impassioned vernacular cry that approximates to ‘You Taximan!”).

Curious journey
Zwane and I met in Newtown on a Sunday afternoon for an interview in which he told me about his curious journey from washing taxis to owning one, and his incipient artist’s career.

Like most musicians, the Wakkerstroom-born musician showed his musical inclination at school by ‘singing in the choir”. When he was in his late 20s, he and Nzimande did a skimpy demo tape (the only instrument they used was keyboards). After trying in vain to hawk it to music companies, the two realised that they had to do more in a genre in which luminaries like the late Busi Mhlongo set forbidding standards.

They realised they needed something more than their minstrel accents and troubadour tones. Their monophonic sound had to be richer, the bass guitar had to resound as the lead guitar flourished. So they recruited a few session musicians, including Dudu Ngema, daughter of actor Mbongeni Ngema, and gave it another try.

Sordid existence
The result is a 12-track CD with several solid tracks, including the hip-hop-inspired love tune Burning Fire; Ehostela, about living in hostels (potent symbol of apartheid infrastructure); Libi Lizwe (about this evil, dysfunctional world); and Umzimba Wami (about the travails of an ill person).

The song Libi Lelizwe speaks of the humdrum routine of the factory, the sordid existence of the hostels, where drains are blocked, sewers burst open and spew so much water ‘that one needs a boat” to get into one’s space; and We Taximan expresses the desperation and pleas of the passengers in the enforced community of claustrophobic taxis. To take liberties with a line from an expressionist poem, We Taximan is ‘music while drowning”.

But seen as a whole, the appeal of Zwane’s collection of songs resides in its direct engagement with the lives of ordinary South Africans, and local migrants to the economic ­centres in particular. This is the music of Everyman.

Responding to my enthusiasm for his hip-hop-maskandi track, Zwane insists his music is still maskandi but he felt the need to express it in ‘a language that suits the times”. Yet in conversation the 31-year-old speaks in accents that a strict isiZulu grammarian would approve of. For instance, when we talk about his influences, he points out that the two maskandi legends, Bhekumuzi Luthuli and Mfihleni Roland Mkhize, were important; in everyday argot one says bashonile (they died), yet Zwane used the more formal sebadlula emhlabeni (they have passed on from the Earth).

Lion in the asphalt jungle
Zwane left Piet Retief for Johannesburg in 2004; the journey from the small town or countryside to the metropolis is one that has been undertaken by scores of other troubadours. He found a job in Johannesburg’s taxi industry, first as a cleaner and then as a rank marshal.

‘I used to wash taxis that go to towns in the North West. I did that from January until September 2005.” Of course, a rank marshal in the notoriously disorganised, even thuggish industry is something of an oxymoron. Everyone you talk to has had an encounter with taxi drivers. He is the certified lion in the asphalt jungle, but the portrait of the taxi driver Zwane conjures is tender, almost affectionate, one most people wouldn’t recognise.

‘When I joined I was told that customers should be treated well.” His job involved checking a taxi’s tyres, seats, in fact, the vehicle’s general roadworthiness. ‘If a passenger had problems with the driver, he’d report to us and we’d report it to the office.”

So where does the outlaw image come from? It’s a cut-throat industry and the taxi driver negotiates many pressures, Zwane says, ranging from the owner who requires a driver to submit R500 at the end of each day, cops who are querying the ­roadworthiness of vehicles and ­dissatisfied passengers.

‘You might go to the owner of the taxi and tell him that something needs to be fixed and he’ll tell you it will be fixed at a later date, but he still expects you to work and bring in money. You also carry all sorts of people and drunks who say whatever they feel like,” he says, adding: ‘You might be driving and there’s someone driving at, say, a leisurely 60km and you are chasing your targets. All these things stress the driver.”

He draws my attention to the fact that it’s the drivers daily plying the local routes who have notoriously spiky tempers, not those who travel long distances.

Changing topics, Zwane tells me that ‘I want to place the province of Mpumalanga on the map”. In a genre dominated by troubadours from KwaZulu-Natal, the early signs seem promising.