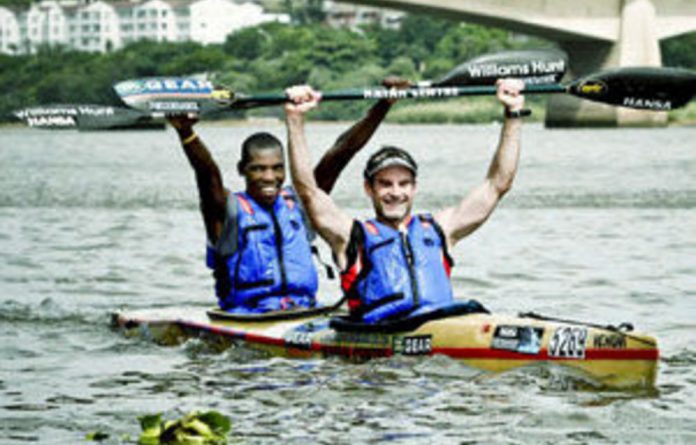 For a country where “development” is still very much the buzzword in sport, it’s surprising that more South African sports bodies aren’t following the lead of one man who, through canoeing and the support of his sponsors, has changed the lives of a group of youngsters in KwaZulu-Natal.

Martin Dreyer is a seven-time Dusi marathon champion, but three years ago he hung up his competitive paddle to channel his energies into a programme he initiated.

Dreyer had just won the 2008 Dusi K2 (doubles) race with Michael Mbanjwa, the first black man to win South African canoeing’s most coveted title and was on his way home. Dreyer was reflecting on the months leading up to the race, training with Mbanjwa near his home at Nagle Dam, in the Valley of a Thousand Hills, an area where running water and electricity are considered ­luxuries.

“I’d come down every day and his friends would train with us,” said Dreyer. “Most of them running barefoot and paddling in old leaking boats, but they were not far behind us.

“So, when we won that Dusi, I was waiting at the finish and seeing these guys coming in, one in 70th place, one in 200th and most of them not finishing, I just thought, ‘but, how come?'”

He promptly set up the Martin Dreyer Change a Life Academy and convinced his sponsors — Computershare, Hi-Tec and USN — to back a select group of young paddlers and provide them with the support that Dreyer himself was used to.

That included two boats — a “bash boat” to train in and a race boat — shoes, nutrition, physiotherapy and a salary in the form of food parcels to take home to their families every week.

“That gave them status, because, for those first four months, when they were training flat-out for the Dusi, some of the parents weren’t happy because they were shirking their family responsibilities, such as looking after cattle.”

Dreyer took a group of about 30 youngsters and, using a time trial system, picked 12 for his programme and pledged to his sponsors that he would get 10 of them to finish in the top 50 of the 2009 Dusi K1 race. “They said, ‘well, who’s going to manage it’ and I said, ‘I will’. But, they said, ‘you always race Dusi, you’ve raced it for 10 years’. I said, ‘no, no, I won’t race it. I’ll train these guys thoroughly for four months,'” said Dreyer.

Exceeding expectations
His pupils exceeded those expectations, with 11 finishing in the top 44, 10 in the top 36, seven in the top 20 and two in the top 10. That success continued in 2010, with Eric Zondi and Thomas Ngidi claiming third place on the podium in the K2 race, before becoming the first black crew to win the Non-Stop Dusi, a gruelling one-day event covering more or less the same route.

Progress continued in 2011, with Zondi finishing fourth in the Dusi K1 race and the Change a Life Academy claiming nine of the top 24 places. All of that before sweeping the top three places in the 2011 Non-Stop Dusi, with Mbanjwa and Zondi leading the way.

Mbanjwa is no longer considered an academy member, having relocated to Johannesburg, but he remains a hero of the valley and a role model that all the young paddlers look up to. He’s backed that up with four Non-Stop Dusi titles and another top-three finish in this year’s Dusi K1 race.

“Martin did a very special thing down in the valley,” says Mbanjwa, “giving the guys what they needed, whether it was food to take to the parents or motivation. The young stars keep coming, because they see the success of the other guys.”

Zondi, who, with Ngidi, was able to build a house for his family with his 2010 winnings, is in no doubt about the impact the former Dusi champion has had. “He’s definitely changed our lives,” says Zondi, “because standing here today, having won the Non-Stop Dusi, I wouldn’t have been able to do it without him.”

“Sport is just a means of upliftment,” says Dreyer, who has already followed up his Change a Life success with a running programme at schools in the Valley of a Thousand Hills.

The canoeing veteran clearly gets a lot of joy from giving these youngsters a foot-up in life, but the success has inevitably led to some of his pupils moving on. “These guys are now role models, with clubs around the country head-hunting them to get development going at their clubs. But, that’s true development, I suppose.”

Dreyer can’t help but beam with pride. “These guys are winners, but it’s also life skills that they are learning: the ability to focus and work hard, discipline and goal-setting. Those skills should stand them in good stead when looking for jobs. Basically, I see it as a stepping stone in life.”
Now that’s true development.