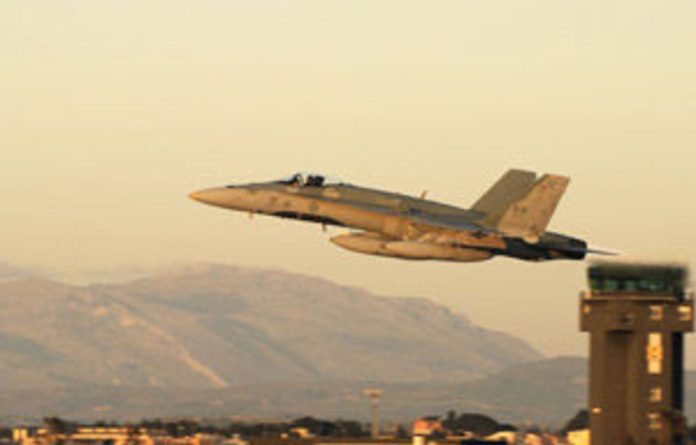 In the most serious disagreement in the alliance for at least a ­decade, an Anglo-American attempt to hand over the Libyan operation to Nato was rejected by several key member countries this week.

European countries were splintering as they tried to comply with President Barack Obama’s demand that Washington be relieved of command. Britain was resisting attempts by Paris to set up an Anglo-French command for all military operations in Libya in the multinational effort to enforce United Nations security council resolution 1 973.

Britain and the United States had hoped that Nato would take command of — or at least play a decisive role in — the operation. But Germany, which abstained in the UN Security Council vote, and Turkey, which opposed the resolution, share French concerns about alienating Arab partners.

Obama and British leader David Cameron are pressing for Nato to play a major role. But they appeared to accept that this was unlikely to be on the lines of the Nato-led operation against Serb forces during the 1999 Kosovo operation.

Sources are talking of giving Nato a key role in which parts of what Cameron calls its “machinery” would be used. In a sign of tensions over the handling of the operation, Turkey hit out at France even as Ankara said it was prepared to see some Nato involvement in running the no-fly zone over Libya. Egemen Bagis, Turkey’s Europe minister, accused French President Nicolas Sarkozy of exploiting Libya for his own electoral needs. Sarkozy has been the biggest opponent of Ankara’s ambitions to join the European Union.

Tensions across Nato
“A European leader began his election campaign by organising a meeting that led to a process of air strikes against Libya. He acted before a Nato decision and his act was based on his subjective evaluation of a UN resolution,” said Bagis. Tensions across Nato were highlighted at a stormy meeting of ambassadors from the alliance in Brussels on Monday.

Senior defence officials make it clear they deeply resent the way Downing Street appeared to undermine General Sir David Richards, the country’s most senior military officer, who, on Monday, rejected ministers’ claims that Gaddafi might be a legitimate target. Defence officials said that by identifying Gaddafi as a target, Britain would be vulnerable to the charge that “if you kill him, it was premeditated, and if you don’t, you have failed”.

Government sources acknowledge that differences about running the no-fly zone highlight divisions that could become significant in the coming years as Europe learns to come to terms with Obama’s insistence that the US should play a less prominent role. A former senior Clinton administration official said that by insisting on relinquishing command of military operations over Libya the US had “called Europe’s bluff” about its desire to be a big player on the global stage.

It was unclear whether Britain and France could fulfil the Libya mission and whether they would get sufficient support from other European and Arab states, especially if the war was prolonged, he said. “Sarkozy will be happy France is in the lead. It’s already helped him politically. But I don’t think this is a situation that the British government expected to be in, fighting in Libya without full Nato and US support,” a security analyst said.