Why I won’t be taking my son to see Life, Above All 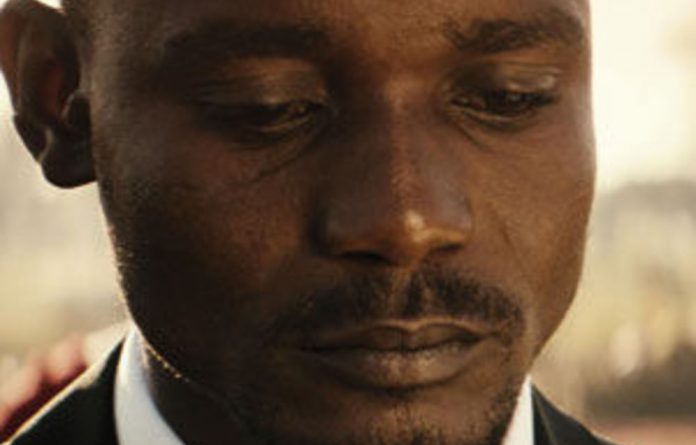 While I agree wholeheartedly with all the reviews that wax lyrical about the superb performances of the first-time actors in the motion picture Life, Above All, it remains a film that belongs to the category of dangerous things I will not encourage my 11-year-old son to see.

In fact, I may just ban it outright from his world, along with Call of Duty.

Why, you may ask, would anyone feel this way about a film that has been loudly applauded at significant overseas film festivals, scooped most of the South African Film and Television Awards and generally lauded as an exemplary piece of work?

Well, because if I was more naive, I would have walked away from the screening believing that black South Africans are a childlike yet savage people who are in dire need of lessons in rationality from a more advanced point of view.

The sizeable cluster of white men involved in the making of this film is a clear indication of where the economic might of the film industry still largely resides and we all know that those who hold the purse strings are undeniably those who are in charge of the depiction of ‘others” in ­popular culture.

Clunky and earnest racial messaging
Although these films are probably made with the best intentions, filmic language is never exempt from the maker’s own conscious or unconscious beliefs and anxieties about the matter at hand — in this case blackness. A stream of post-1994 films fetishises the black male — Tsotsi provides a great example of this anxiety-ridden grappling with a transitional hegemony — and, 17 years later, while we still wait for the shift, it seems the post-apartheid film industry continues to build itself on the foundation of this white patriarchal neurosis.

Life, Above All is no exception. In fact, the clunky and earnest racial messaging in this South African offering is so palpable, it takes the cake for the most racist film yet to have come out of the stable of ‘movies made by privileged white filmmakers about black people”.

Ten minutes into the story, I was only too relieved that I had not brought my son with me to the premiere, so fast and furiously did the tsunami of negative black stereotypes hit the audience. Although the film may have retaught him what he already learns at school — that HIV/Aids is a pandemic that affects many people and needs to be taken seriously rather than ignored — he may also have been duped into believing that it affects only black people because, again, the Aids story almost exclusively takes on a black face in South Africa.

– Black people are simple and need to be taught how to live rationally;

– Peri-urban blacks are particularly childlike and in 2011 they still know nothing about Aids;

– On the whole, black men are bastards who fuck
around and give their wives and girlfriends HIV/Aids;

– Mostly they are drunks and even if they are halfway decent, they still look at little girls with thinly disguised lust and are likely to take advantage of them when the opportunity arises;

– Black people are so barbaric, they don’t give a shit about the suffering of orphaned girls, dying women and vulnerable young children. In fact what they do is exile their own innocent flesh and blood into filthy hovels if their parents have died of Aids and go so far as to banish their seriously ill daughters to die alone in the bush. This can only mean that they do not have the same familial ties and love emotions as the rest of humanity;

– Black doctors are such a rarity as to be almost an impossibility. If you do come across a black doctor, then he has probably bought his qualification and is likely to be obtuse enough to exhibit obviously phoney certificates displaying ridiculously inappropriate wording on his office walls;

– Black nurses are hard-arsed bitches who will more than likely swear at a young girl for possibly having HIV. They will also send home a seriously injured girl without having attended to her wounds;

– The black neighbourhood is sure to be a mass of irrational people who will all throw stones at an innocent young girl for bringing in an ambulance to take her dying mother to hospital. In fact, they are so menacing and so lacking in compassion and lucidity, they may even stone her to death for this transgression. But then, at the drop of a hat, because like children they are so easily swayed, they stop throwing stones and sing gospel songs in support of the young protagonist’s apparently peculiar ability to admit to the reality of HIV/Aids; and

-The message here is clear: were it not for the Bible and Christianity, black people would still be living like animals and would turn on each other in blood lust. This surely depicts the deeply held belief that there was no rational system of living in place before the Bible and gun-bearing settlers arrived on the ­barbaric shores of Africa.

Bovine herd mentality
Just as this film does not mention the word ‘Aids” until far into the storyline, it also lacks the awareness that every depiction of blackness it presents is negative — except of course for the main character, Chanda, who’s apparent intelligence is so far removed from the bovine herd mentality of the entire community that she stands out as an obvious metaphor rather than a character.

I can only imagine that she signifies Eurocentric rationality struggling to find reason within a mass of black illogicality.

Every other character in the story is a stereotype that represents the predominant white South African belief of what blackness is. And, in spite of the wonderful acting of first-timer Khomotso Manyaka, the dialogue is sometimes as glaringly didactic as the über-significance of her role that I did on occasion feel I was watching a preachy NGO film … or an episode of Isidingo.

This story may have been better left between the covers of the book, Chanda’s Secret, from which it was adapted, where it unfolds in a deeply rural community in a fictional sub-Saharan country. But, sadly, it has become another tired South African film about the synonymousness of Aids and blackness told from a lofty white perspective.

Cheerful oblivion
And, of course, Western audiences are clapping their benevolent hands together in herd-like appreciation of yet another condescending depiction of black South Africa as a mass of childlike, barbaric people incapable of making humane and reasonable decisions. This display of cheerful oblivion is somewhat sinister and savage in itself.

No, my son will not be encouraged to see this film. I would rather he spent an afternoon with his own granny and granddad, who are positive role models for him and who display none of the unconvincing, one-dimensional conduct witnessed in this offering, in spite of the fact that they live in a township in an exclusively black neighbourhood.

Gillian Schutte holds an MA in creative writing from Wits and is an award-winning documentary filmmaker and freelance writer. She is working on an academic study that explores gender and race representation in popular culture