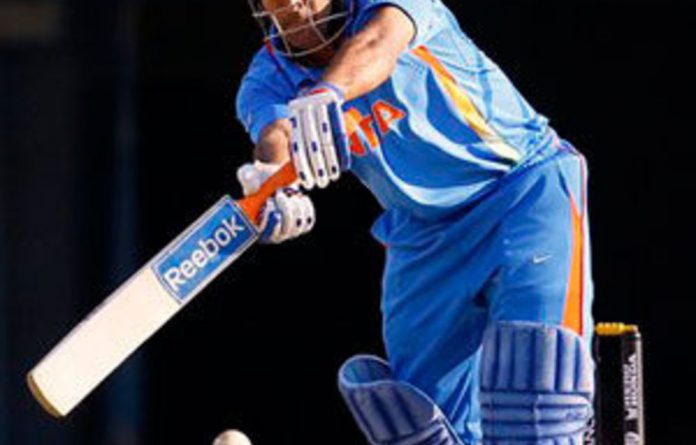 Cricket-crazy India and Pakistan head into an epic World Cup showdown on Wednesday that will showcase the bitter rivalry and common bonds between the estranged nuclear-armed neighbours.

The teams clash in the semifinal of the competition in a battle promising passion and drama, with more than a billion people, or a fifth of humanity, set to follow the contest between bat and ball.

National pride and even regional harmony are on the line, with the event seized by Indian Prime Minister Manmohan Singh as an opportunity for some “cricket diplomacy” to improve frosty ties between Islamabad and Delhi.

He has invited Pakistani counterpart Yousuf Raza Gilani to watch the day-night game with him in Mohali, north-west India, and they are expected to shake hands with both teams before the match.

Given the region’s history of militant attacks, police have wrapped a security blanket involving 2 000 police and paramilitary personnel around the 30 000-capacity venue.

In the hotel where the players are staying, two policemen working as official food tasters have been eating three lavish meals a day to check for poisoning or other hygiene problems.

“We are leaving nothing to chance. The security will be multi-layered,” local police chief GPS Bhullar told reporters on Tuesday.

Country holds its breath
Pakistan has declared a half-day holiday to allow the public to watch the match, after many offices in both countries said they would shut for the afternoon before play starts at 2.30pm local time (9am GMT).

In India, there have been predictions of record absenteeism with workers calling in sick to stay at home and watch the game on television.

“I will fall ill. The weather is just not right for my health,” joked 24-year-old Manish Saxena, who works at a private diamond export firm, as he worked out at a gym in south Mumbai on Tuesday.

The cricket is expected to take precedence over all government business. Share markets are forecast to be becalmed, and the normally chaotic roads will be far quieter than usual.

In Pakistan, thousands are set to take part in a mass prayer session during the day, while the chief minister of the country’s largest province has promised each team member about 10 hectares of land if they beat India.

‘Love and brotherhood’
The match will be a contest between Pakistan’s well-balanced bowling attack and India’s star-studded batsmen, including opener Sachin Tendulkar who needs just one more century to reach 100 international hundreds.

Pakistan, World Cup champions in 1992, have lost all four of their encounters with India in the competition. For India, who last won the World Cup in 1983, a victory on home turf would spark euphoria.

“It’s an honour to lead the side,” Indian captain Mahendra Singh Dhoni said on Tuesday. “If you take a pressure job, you will find yourself in a pressure cooker.”

Amid the wild hype and despite the frequent use of military metaphors to describe the game, there are signs that many see the match as an opportunity to bond over a shared loved of cricket.

“We do not have any animosity towards the Pakistan team,” said Ravi Ansal, a 21-year-old Indian college student. “They are a fine team and if India go on to lose the semifinal, I will cheer for Pakistan in the final.”

Amarpreet Singh, a 40-year-old fan who owns an electrical shop in Mohali, said he would cheer both countries, whose past includes three wars and a blood-soaked separation at the end of British rule in the subcontinent.

“India and Pakistan are like brothers. It is the politicians who bring all the bad blood,” he said. “One team has to lose, but the real winner will be love and brotherhood.”

Cricket diplomacy
Prime Minister Singh’s “cricket diplomacy” is an attempt to warm up relations at a time when the countries are tentatively getting their peace process back on track.

India broke off contact with Islamabad in 2008 after the Mumbai attacks, which India blamed on Pakistani militants who wrought carnage in the city over three days, killing 166 people.

Cricket has helped to dissipate tension between the countries in the past.

In 1987, then Pakistani president general Zia-ul-Haq travelled to India to watch a Test match between the two sides in Jaipur at a time when both countries were massing troops at the border.

In 2004, the Indian team went on a “peace tour” of Pakistan, their first trip to the country in 14 years.

The final of this year’s World Cup takes place on Saturday in Mumbai, with the winner of Wednesday’s game set to meet Sri Lanka. — Sapa-AFP