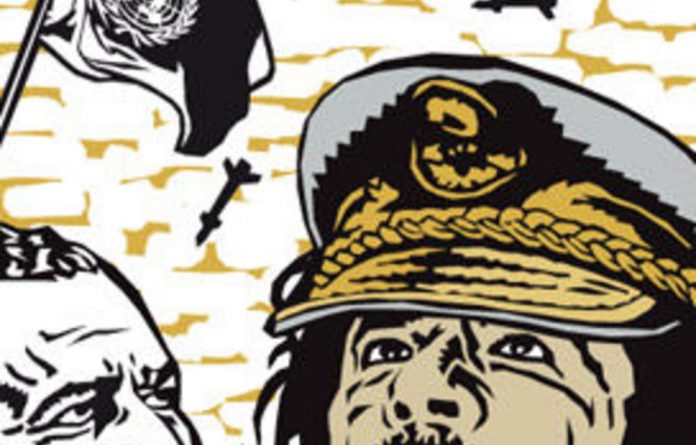 The bombing of Libya by American, British and French warplanes in implementation of a United Nations-sanctioned “no-fly zone” has caused a storm of controversy across Africa.

For Africans to avoid a schizophrenic, ethical dead-end in which the West is criticised for intervening to save lives in Libya and simultaneously condemned for not having intervened when genocide erupted in Rwanda in 1994, it is important to explain the idea of the “responsibility to protect” before untangling the issues involved in Libya. To do this we must draw distinctions between past Western interventions in Egypt (1956) and Iraq (2003).

In the post-Cold War era respected African scholars and statesmen gave prominence to the idea of a “responsibility to protect”. Francis Deng, the Sudanese current special adviser to the UN secretary general for genocide prevention, coined the idea of “sovereignty as responsibility” in 1996 and sought to use it to protect populations in danger as the UN special representative for internally displaced persons between 1992 and 2004.

Deng argued that the international community had a duty to protect vulnerable populations and that sovereignty must be judged from the perspective of populations in need and not just according to the views expressed by governments and rebels. Tanzania’s Salim Ahmed Salim, the African Union’s former mediator in Sudan’s Darfur region, has also consistently called for a redefinition of sovereignty in Africa.

Africa’s first UN secretary general, Egypt’s Boutros Boutros-Ghali, similarly called for an end to absolute sovereignty and backed “humanitarian interventions” in Liberia and Somalia. His Ghanaian successor and Nobel Peace Prize laureate, Kofi Annan, was also a vociferous proponent of “humanitarian intervention”, under whose leadership the UN accepted the idea of “the responsibility to protect” in 2005. Though many African (and other developing country) leaders objected to this idea, fearing that such interventions could be abused by the “great powers” to threaten their sovereignty, the African Union’s Constitutive Act of 2000 enunciated one of the most interventionist regimes in the world in cases of human rights abuses and regional instability.

Current events in Libya must thus be assessed in the context of a changing African doctrine to do with the duty to protect citizens from repressive governments, though this idea has been inconsistently applied in cases such as Zimbabwe and Africans still largely lack the military capacity to enforce a Pax Africana. Nevertheless, regional efforts in Sierra Leone and Burundi, as well as UN peacekeeping efforts in the Democratic Republic of Congo, have represented limited efforts to promote a “responsibility to protect”.

‘International gangsters’
In October 1956 Israel, followed by Britain and France, invaded Egypt after the country’s charismatic leader, Gamal Abdel Nasser (ironically, the role model of Libya’s Muammar Gaddafi) nationalised the Suez Canal, in which London and Paris were the majority shareholders. This was an amateurish plot by two declining European imperial powers acting like international gangsters.

The assumption was that, as in colonial days, a compliant puppet regime could be installed once Nasser had been overthrown. The British and French seemed to have forgotten that the old European world of “gunboat diplomacy” had been replaced by a bipolar world dominated by two superpowers in Washington and Moscow. American economic and political pressure on its Western allies finally forced them to disgorge their stolen goods. A blind hatred of Nasser — akin to the enraged reaction to an “uppity native” who had the temerity to tweak the tail of an imperial lion — clouded British Prime Minister Anthony Eden’s judgment, whereas Paris was blinded by Nasser’s support for the Algerian freedom fighters.

The present Western intervention in Libya is different from the Suez crisis in that the 15-member UN Security Council (including its three African members, South Africa, Nigeria, and Gabon) mandated the operation, which had earlier been requested by the Arab League. Though African discomfort has subsequently been expressed about the UN not having approved “regime change” in Tripoli, as well as genuine concern about innocent civilian deaths resulting from Western bombing, Gaddafi’s killing of scores of his own citizens justifies the UN approving this intervention. The Libyan strongman had earlier thumbed his nose at AU efforts to find a diplomatic solution.

Africa must support efforts to rein in Gaddafi and his army, while keeping a vigilant eye on those enforcing the no-fly zone. This applies particularly to France, which has traditionally sent gendarmes to Africa in pursuit of parochial interests, allowing génocidaires to escape from Rwanda in 1994 and, more recently, supporting autocrats such as Chad’s Idriss Déby. Working through its representatives on the UN Security Council, Africa must try to ensure that Libyan civilians do not become victims of Western “collateral damage” and that neo-imperial temptations are avoided in the oil-rich country.

In what most of the world regarded as the illegal invasion of Iraq in March 2003, the war-mongering United States president George Bush (backed by his British ally, Tony Blair) sent troops into Iraq without the authorisation of the UN Security Council. This invasion was based on the lie that Saddam Hussein possessed weapons of mass destruction. The Iraqi fiasco undermined the authority of the UN, an organisation historically viewed with great reverence by African states.

The American “mad dog” and its British “poodle” were widely seen to have behaved like Wild West outlaws. In spite of clumsy efforts to depict Saddam (a Western ally until “the thief of Baghdad” tried to steal Kuwait in 1990) as a new Hitler, even US allies such as France and Germany strongly opposed this foolish invasion.

African leaders were almost unanimous in expressing opposition to the intervention. The fact that no weapons of mass destruction were found, that American companies benefited handsomely from restoring Iraq’s oil industry and that more than 100 000 Iraqi civilians died after the invasion led to a total discrediting of this intervention.

The Iraqi debacle (opposed at the time by current US President Barack Obama) explains Washington’s current reticence — even as it struggles to extricate itself from Iraq and Afghanistan — at getting drawn into a Libyan quagmire.

There are thus clear differences between Iraq and Libya. In Iraq the UN Security Council refused to sanction the intervention and the US, in particular, was seen as pursuing a hidden agenda. Based on Africa’s own evolving norms to do with protecting civilians from oppressive regimes and the UN Security Council’s support for the present actions in Libya, Africans should back this multilateral intervention. We must, however, remain vigilant about hidden agendas.

We should ensure that the UN is able to hold the interveners accountable, that rebel actions against civilians also be monitored and that the AU and the Arab League continue to be closely consulted. Only through such efforts can the ghosts of Suez and Iraq, now hovering over Libya, be banished.

Dr Adekeye Adebajo is the executive director of the Centre for Conflict Resolution, Cape Town, and the author of The Curse of Berlin: Africa after the Cold War