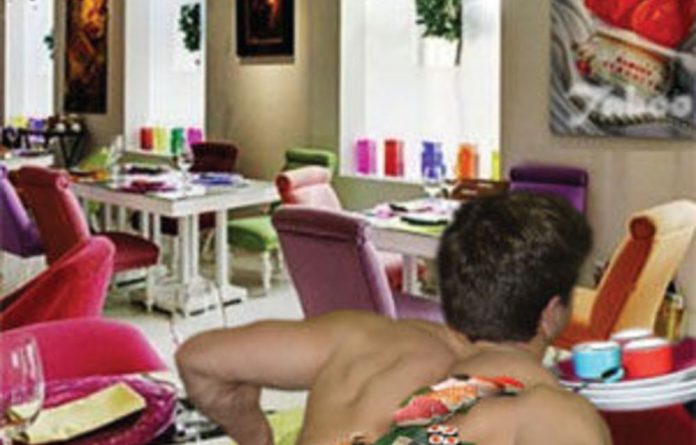 I have eaten some pretty disgusting things, almost always by accident. I did try mopani worms and they sat in my stomach for days afterwards as though I’d swallowed a handful of pebbles.

I have never been up for a print version of reality television merely to get column inches. Neither am I as adventurous an eater as some food critics and chefs, such as AA Gill, who ate dog and chicken embryos in Vietnam, or Anthony Bourdain, who tucked into a raw seal eyeball in the Arctic, or even the legion of tourists who drink fresh snake blood in the back streets of Thailand.

I skipped the deer penis soup in Singapore and a live octopus in New York. I’ve even passed on Kopi Luwak coffee, the beans of which have travelled through the gut of a civet.

For those curious or keen on bizarre foods, a new up-market restaurant alluringly called Taboo has opened on the Green Point strip. You can get a regular meal here — they serve fillet mignon, roast duck and catch of the day. But it is the two backroom ­dining areas that are attracting ­attention.

The first is for functions only. It caters specifically to the new-found craze in certain circles for ‘naked sushi” — sushi served on human bodies. Co-owners Belarusian businessman Igor Perzashkevich and his long-time business partner Pierre Bongo from Gabon say you have to book at least one week in advance to get a table.

You can choose your table — a black or a white woman, or you can be more specific about the design your table should take. They have a catalogue with the faces blacked out. Surprisingly, it is apparently a white guy — he is a body builder and Afrikaans — who is particularly popular right now. You eat off his back, not the front as is the case with the women. The sushi is placed on banana leaves, then placed on the body.

Far stranger is the second room. It seats up to 10 diners and needs to be reserved well in advance as, depending on the menu choices, procurement can take weeks.

Your choices will also determine the bill, but some spectacular prices have already been paid. According to Bongo, one client (they’re not called diners or patrons here) paid R290 000 for a dinner for eight. He would divulge only that real diamonds were used in the martinis and real gold leaf in the dessert mousse. The client is linked to mining companies and a prominent political family. He would not specify what else was on the menu that night, except to say it was mostly bush meat.

South Africa is a signatory to Cites, the Convention on International Trade in Endangered Species. Reliable sources at the department of environmental affairs and tourism say Taboo’s kitchen was raided. Some foodstuffs were confiscated, which later turned out not to be in contravention of any laws.

Cat is permissible, provided the cat is humanely dispatched, though drugs such as the SPCA use to put animals to sleep are not an option as they contaminate the taste of the meat.

The SPCA is unhappy with the situation and plans to conduct spot checks on the supplier. The brains of certain species of monkey and ape (such as gorilla) may not be consumed in South Africa. But you would be mad to eat this anyway because of the transmission risk of spongiform encephalopathies.

The most controversial item on the menu is human.

The law is extremely unclear here and untested. If the flesh is procured from consenting donors and does not involve the death of the individual, it is probably legal. Only small parts are used, mostly as canapés, says Perzashkevich.

Taboo’s executive chef has made arrangements with some plastic surgeons in the city, who say that most of the proceeds of such sales to the restaurant go to the patient, making the surgery more affordable. One item on the menu is ‘human calamari”. When I inquired what this was, the wry reply was — ‘let’s just say it involves a voluntary adult-male procedure”.